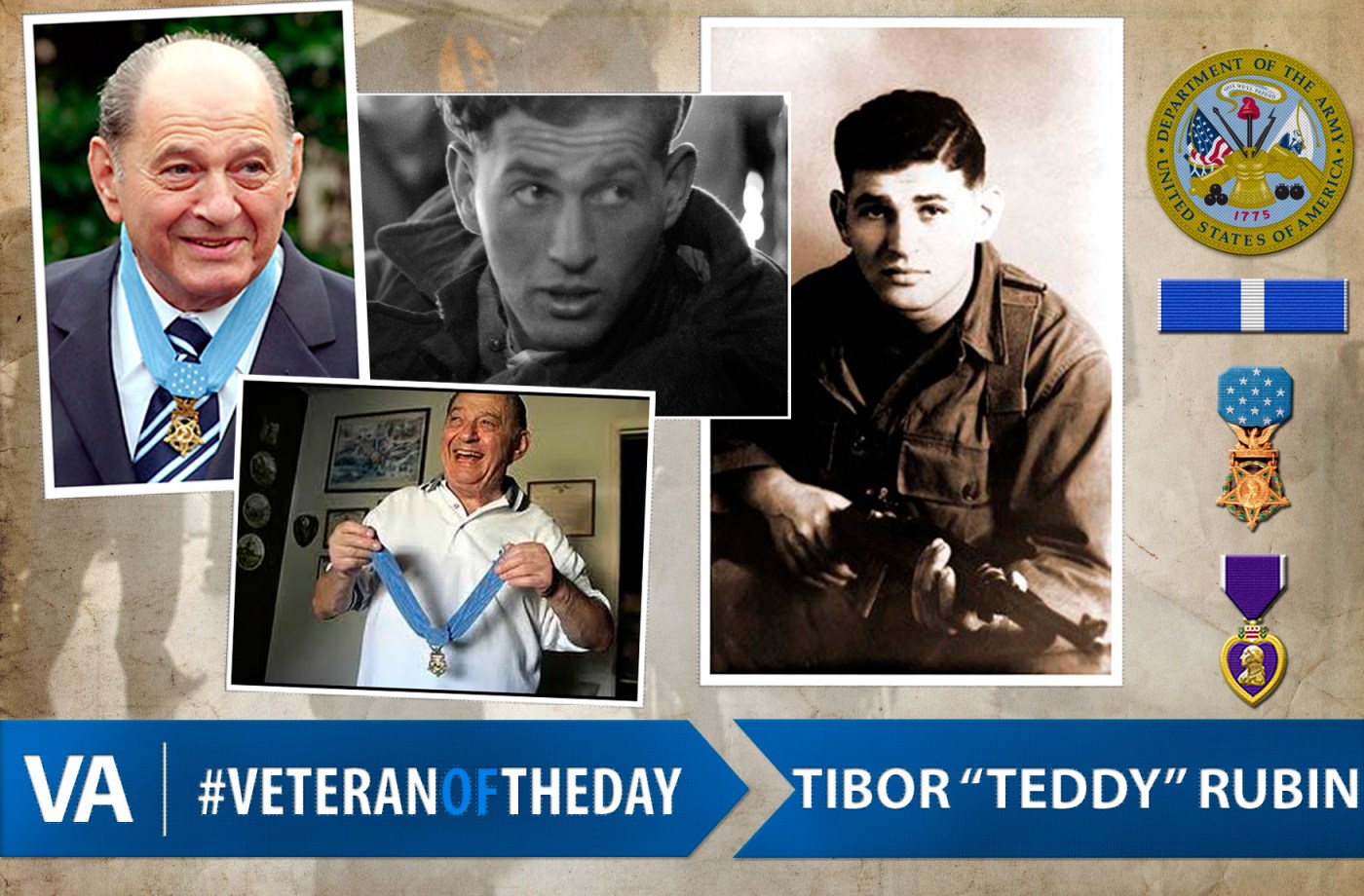 Today’s #VeteranOfTheDay is Tibor “Teddy” Rubin. Teddy is the only Holocaust survivor in history to be awarded the Medal of Honor.

Teddy was thrown into Mauthausen concentration camp at age 13 where he expected he would die. The U.S. Army liberated the camp at the end of WWII on May 5, 1945. He was so grateful he said “I owe a debt” and if he could make it to the U.S. he would become a “G.I. Joe.” Teddy came to the United States in 1948, but was prevented from enlisting until his English improved enough to meet Army standards, which he managed by 1950.

When the war broke out in Korea, he was told he did not have to go because he was not a U.S. citizen. He told them, “I trained with these men, I will go with these men” and he was off to Korea and the war. Teddy was placed under a very prejudiced first sergeant that continually sent him out on missions he “knew” he wouldn’t come back from, including one in which Teddy single-handedly held off a wave of North Korean soldiers for 24 hours, securing for his own troops a safe route of retreat.

According to his Medal of Honor citation, “On October 30, 1950, Chinese forces attacked his unit at Unsan, North Korea, during a massive nighttime assault. That night and throughout the next day, he manned a .30 caliber machine gun at the south end of the unit’s line after three previous gunners became casualties. He continued to man his machine gun until his ammunition was exhausted. His determined stand slowed the pace of the enemy advance in his sector, permitting the remnants of his unit to retreat southward. As the battle raged, Corporal Rubin was severely wounded and captured by the Chinese.”

For the second time in his life, Teddy was a prisoner. Because of his experiences in the concentration camp during WWII, he knew how to survive. He snuck out of the camp at night to search for food for his comrades. He was doctor, nurse and counselor in the camp and saved at least 40 lives with his skill and creativity. He also refused offers from the Chinese to be sent to communist controlled Hungary stating he would rather be free in prison than under communist rule.

Teddy was put up for the Medal of Honor not once, but four times. His sergeant never forwarded his paperwork. It was not until the age of 76, 55 years later, that he was awarded theMedal of Honor on September 23, 2005.

After his military service, Teddy worked in his brother’s liquor store in Long Beach, California. He passed away on December 5, 2015 and is survived by his wife Yvonne and their two children, Frank and Rosalyn.