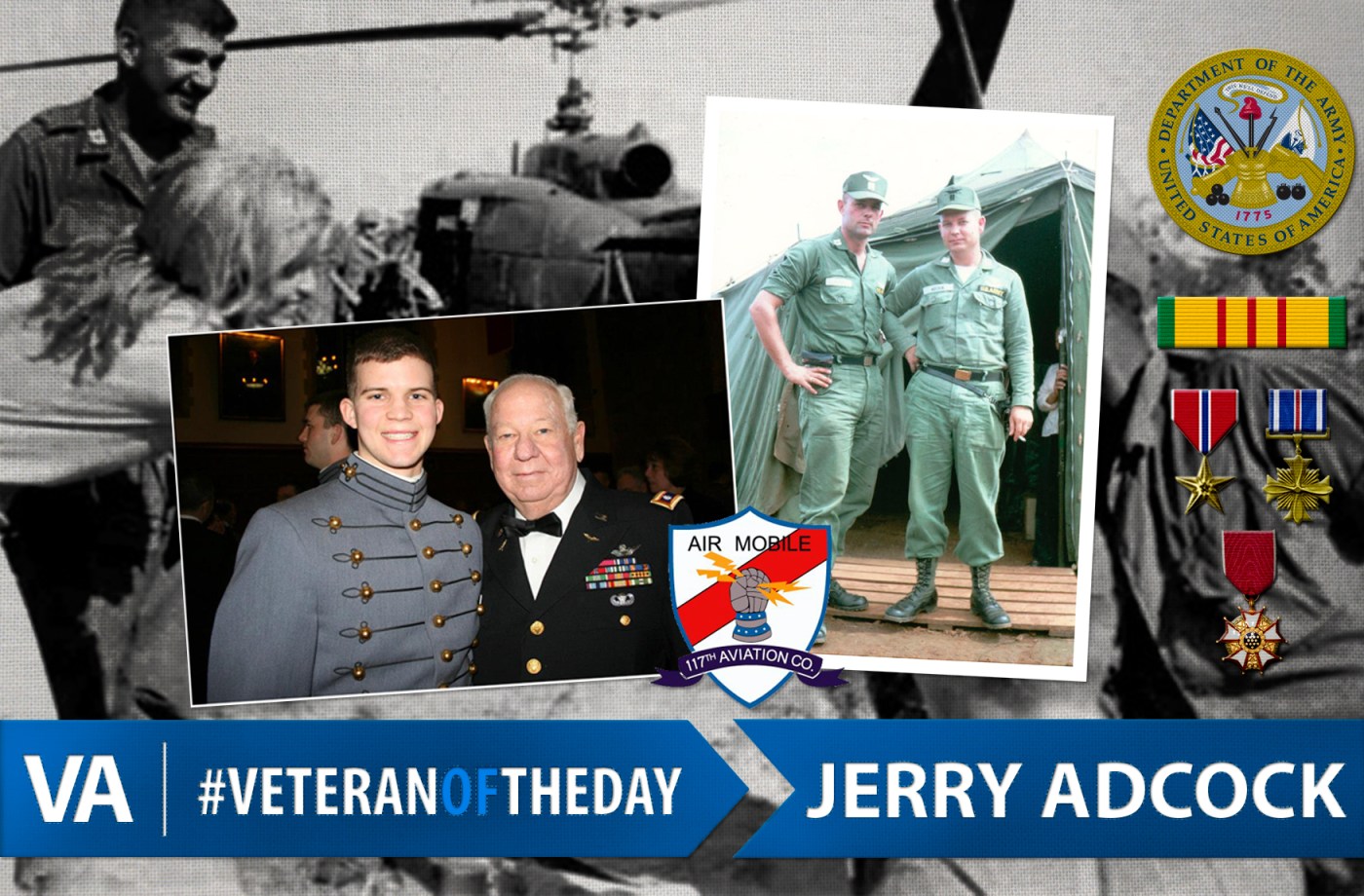 Today’s #VeteranOfTheDay is Jerry Adcock. Jerry Adcock was an aviation officer in the United States Army for more than 20 years. While in college he served in the Arkansas National Guard and was federalized under President Eisenhower to deal with the Little Rock integration crisis of 1957. Upon his graduation from college he went on active duty. He started out in jump school and trained with an aviation attachment. He ended up applying for flight school because he thought it might be more enjoyable than jumping out of airplanes.

He received orders to Germany as a fixed wing pilot, but when the Vietnam War broke out he cross trained to become a helicopter pilot. He was assigned to the 117th Assault Helicopter Company. He participated in many assaults and clocked in 1,400 his first year. He was once stranded in the jungle for more than an hour after his helicopter suffered a malfunction. While in Vietnam, Bob Hope and Nancy Sinatra were performing in several camps at the time. Nancy Sinatra wanted to be sent to camps at the front line, and the military ordered Jerry to fly her around Vietnam to perform her shows for several weeks.

After more than 20 years of military service, Jerry became a JROTC instructor for Richland High School and Smithfield Jr. High in Texas.

Thank you for your service, Jerry!