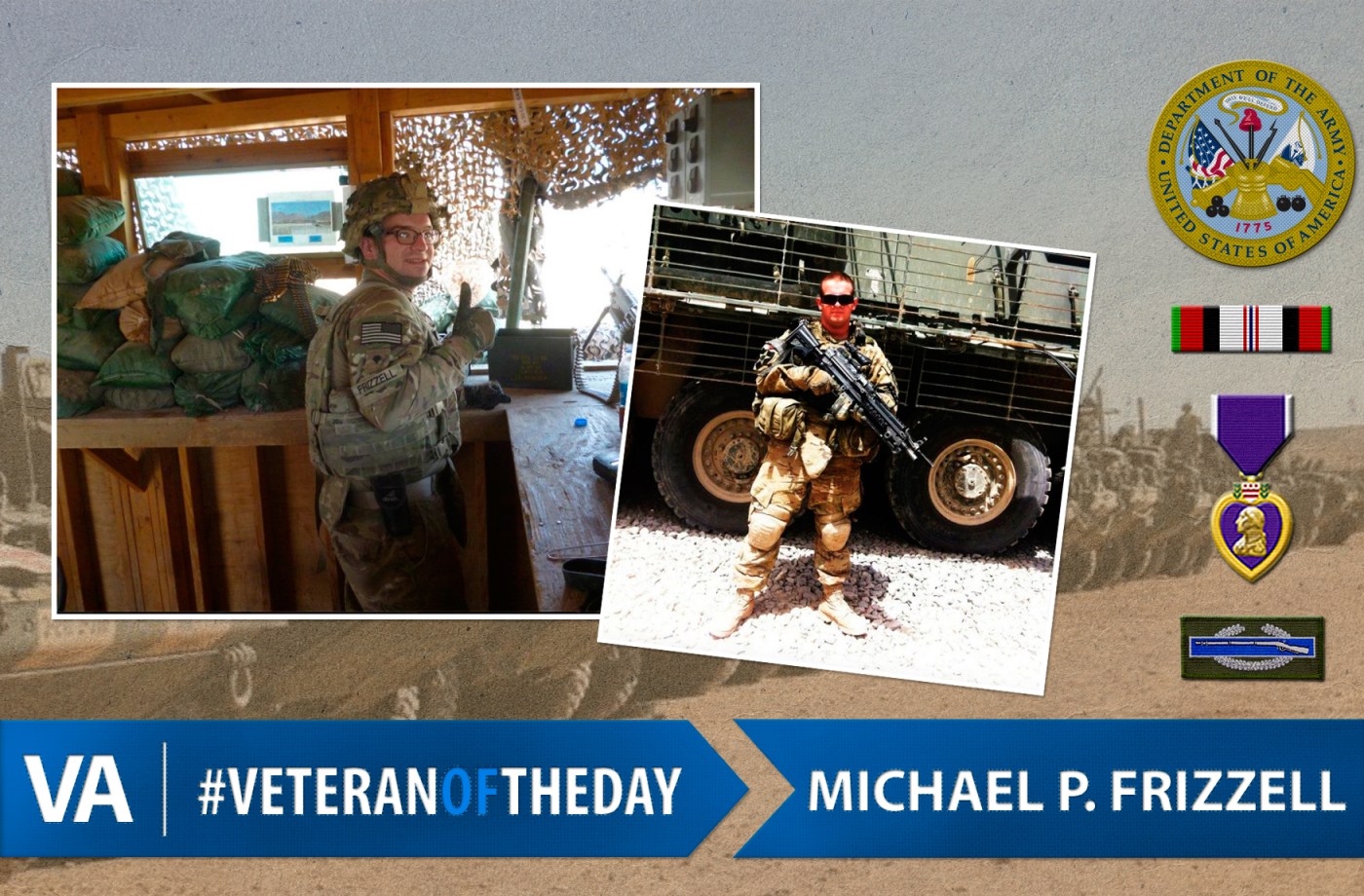 Today’s #VeteranOfTheDay is U.S. Army Veteran Michael “Mike” P. Frizzell. Inspired by the events of Sept. 11, Mike followed in the footsteps of family members before him and joined the Army. He enlisted as an infantryman and served from 2010-2015. During his service he was stationed at Joint Base Lewis-McChord, WA. He earned the rank of specialist and deployed to Afghanistan in support of Operation Enduring Freedom in December 2011.

Mike served as a SAW gunner in Kandahar, Afghanistan, with Charlie Company, 5th Battalion, 20th Infantry Regiment. On July 11, 2012, Frizzell’s Stryker was hit by an IED, injuring him and other members of his platoon, and killing one. He received a Purple Heart for his wounds that day.

Mike is now out of the Army and is using his Post-9/11 GI Bill to pursue a bachelor’s degree in History at Bridgewater State University.