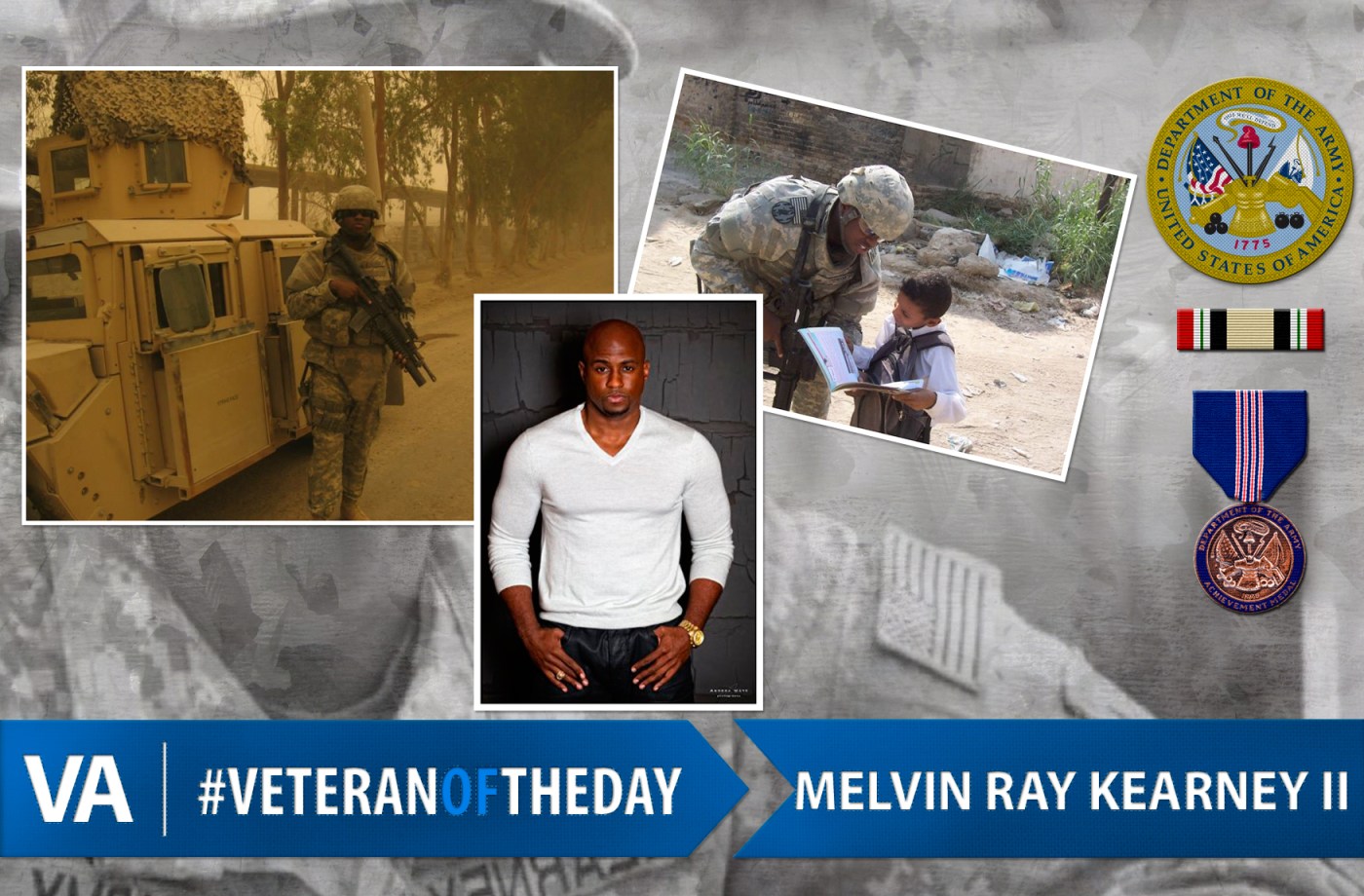 Today’s #VeteranOTheDay is Army Veteran Melvin Ray Kearney II. Melvin enlisted in the North Carolina National Guard in summer of 2001. His first tour was during Operation Iraqi Freedom in 2004, where he assumed a role with military police at FOB Caldwell as a part of 30th Brigade.

When Melvin returned from his second deployment, he became an advocate at Walter Reed medical hospital and later joined the Army Wounded Warrior Program assisting Veterans in Michigan. He also received the achievement medal for civilian service from the Army.

Melvin is still an active advocate for Veterans, but he can also be seen on ABC’s television series Nashville where he plays the role of Bo, the bodyguard of character Juliette Barnes.

Thank you for your service, Melvin!