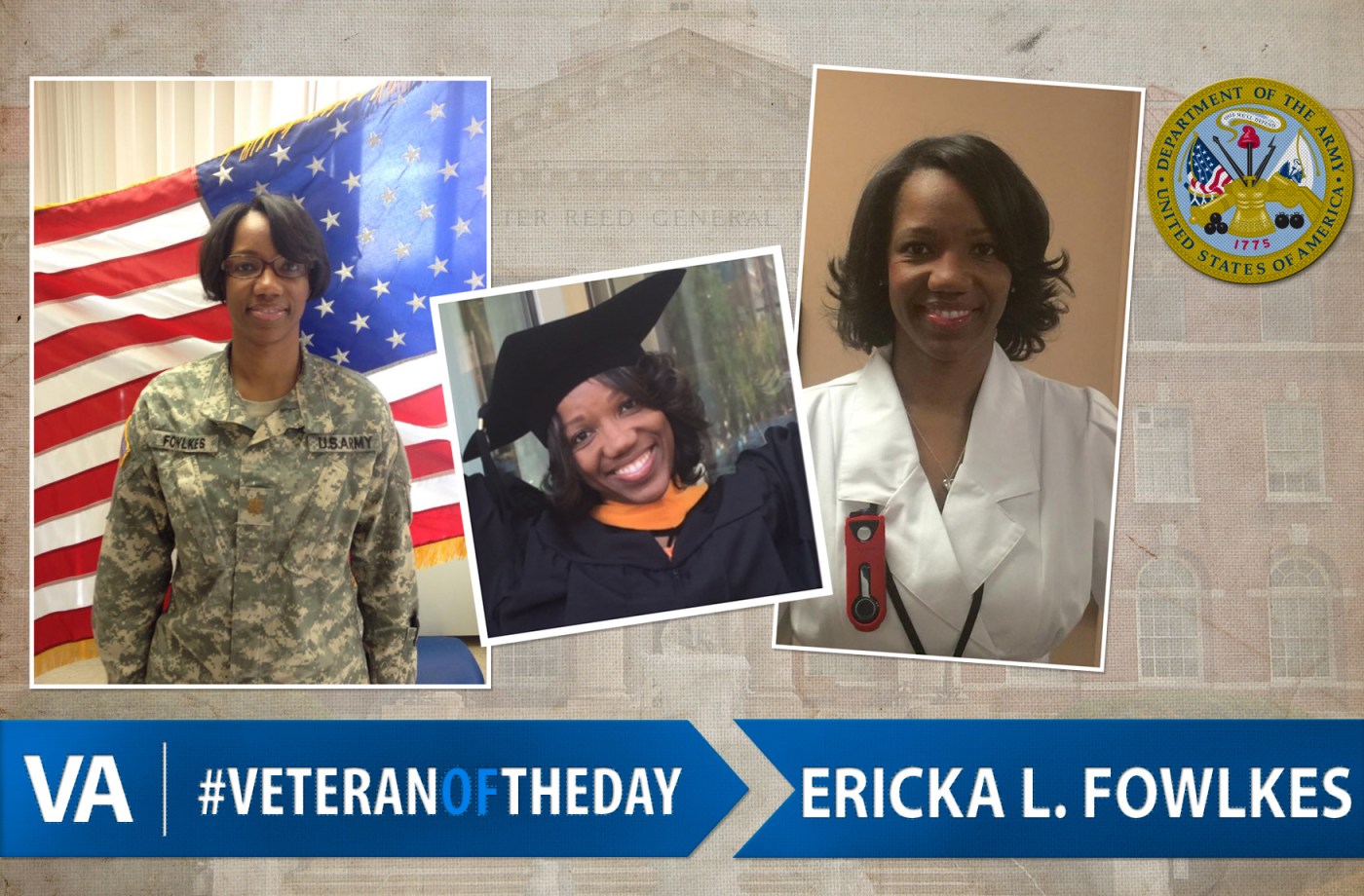 Today’s #VeteranOfTheDay is Army Veteran Ericka L. Fowlkes. Ericka enlisted in the Maryland National Guard on Oct. 19, 1989. During her 12 years of enlisted service she completed two overseas missions in Germany and in Panama.

Ericka went on to earn a bachelor’s degree in nursing from Coppin State University in 2001 and received a direct commission into the Army Nurse Corps.

In 2004, Ericka was mobilized for two years to Martin Army Community Hospital in Fort Benning, Georgia as an emergency room nurse. A year later, she was assigned to Walter Reed Army Medical Center, where she served as the Assistant Officer in Charge of the Post Anesthesia Care Unit.

She used her Post-9/11 GI Bill to earn a master’s degree in nursing from Notre Dame of Maryland University in 2015.

Ericka recently earned the rank of Major and currently serves as the Victim’s Advocate in support of the Army’s Sexual Harassment/Assault Response and Prevention Program (SHARP) for the 2290th United State Army Hospital in Alexandria, Virginia.

When she’s not wearing her Army uniform, Ericka is working at the VA Maryland Health Care System as a Performance Improvement & Accreditation Specialist.

We thank Ericka for her service as a Veteran, and as a nurse this National Nurses Week.