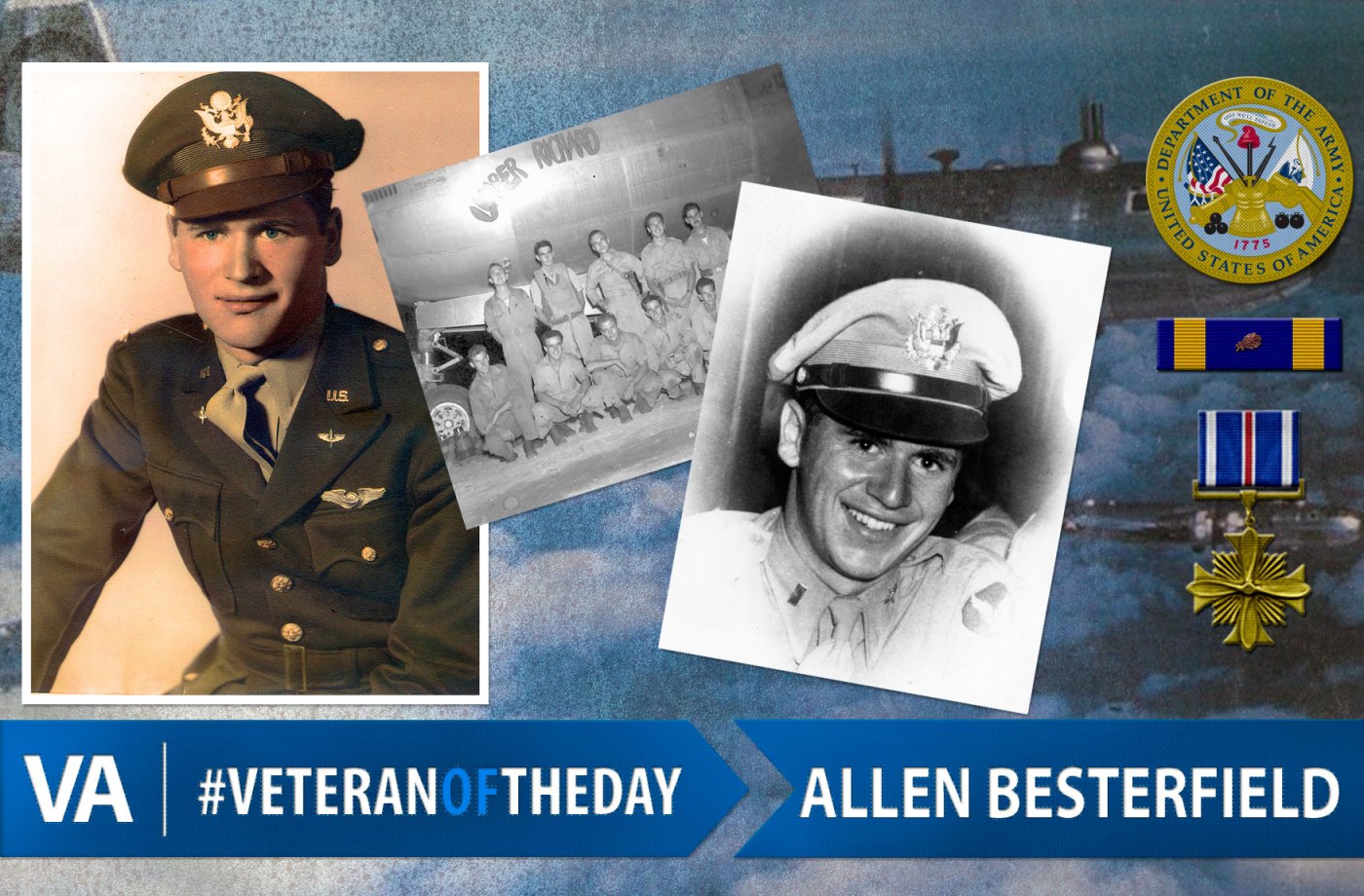 Today’s #VeteranOfTheDay is 1st Lieutenant Allen Besterfield. Allen served from 1944 to1946 in the Army Air Forces. He was a navigator and flew missions from the island of Tinian in the Northern Marianias with the 99th Squadron, 9th Bomb Group, 313th Wing of the 20th Air Force

Allen flew about 1000 hours including 23 combat missions in a B-29. Allen’s unit mined the Shimonooseki Straits closing off Japanese food supply from Korea. The unit was awarded a Presidential Unit Citation.

His personal awards include the Air Medal with Oak Leaf Cluster and Distinguished Flying Cross. He says his favorite mission was dropping food packages to a prisoner of war camp. The crew would write their names on the packages. Allen later received a letter of thanks from a British POW.

Thank you for your service, Allen!