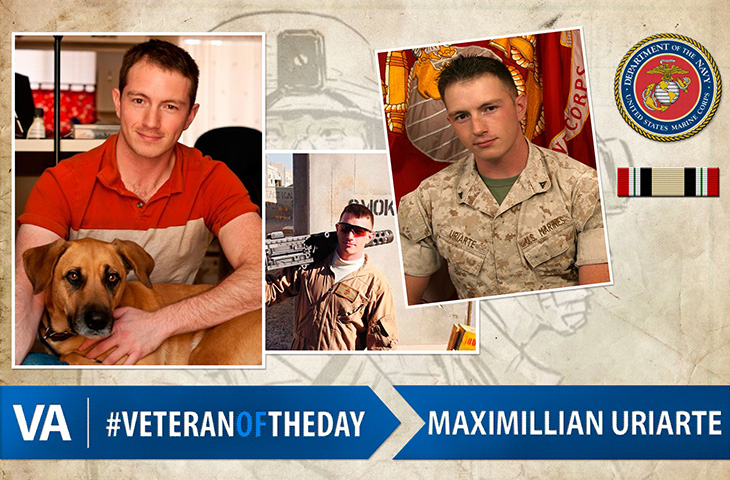 Today’s #VeteranOfTheDay is Maximillian Uriarte. Max joined the Marine Corps as an 0351 Assaultman and served his enlistment in Hawaii. Max served two tours in Iraq. His first tour had him behind an M2 .50 caliber heavy machine-gun atop the turret of a MRAP (mine-resistant ambush protected vehicle) east of Fallujah in a region known as Zaidon.

His second tour allowed him to embrace his creativity when his battalion commander saw his talent for art and asked him to serve as a combat artist and photographer. During his four years, he served as a SMAW (shoulder-launched multipurpose assault weapon) gunner, team leader, squad leader, .50Cal gunner, combat photographer and combat artist.

Max separated from the Marine Corps in 2010, and proceeded to earn his Bachelor of Fine Arts in Animation from the California College of the Arts in Oakland. Max is most known for his comic “Terminal Lance” and his recently published graphic novel “The White Donkey,” which is a New York Times best seller.

Thank you for your service, Max!