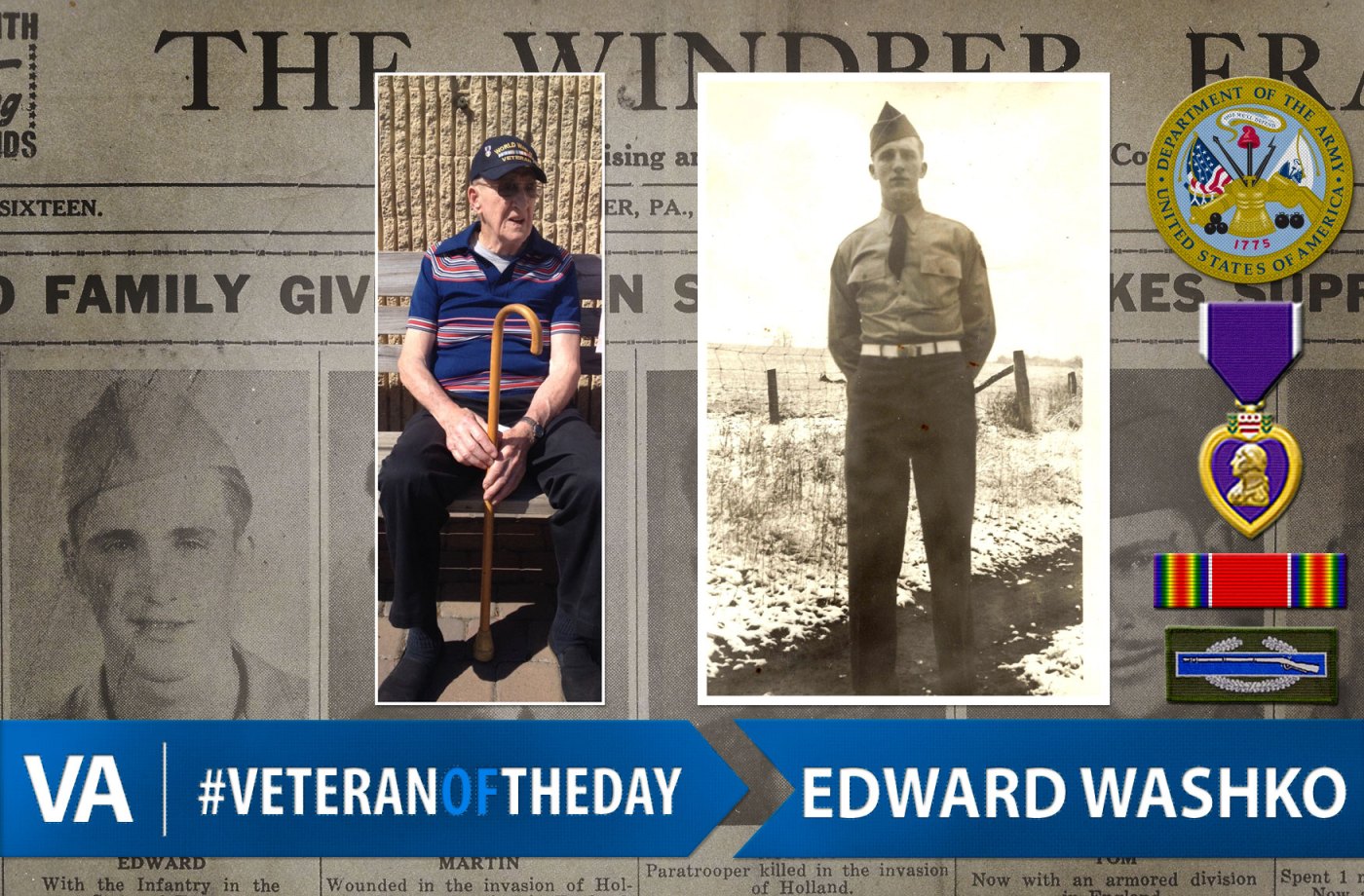 Mac entered the Army at age 18 in August 1944. During his service, he was deployed and fought in Worms, Germany, during World War II. He was shot near the banks of the Rhine River on March 26, 1945, and received both a Purple Heart and a Combat Infantry Badge.

Mac is one of seven brothers who served in World War II. His brother, Robert, fought in the battle at Waal River Crossing. Robert was killed in action along with 48 other Americans and is buried at the Netherlands American Cemetery.

We thank Mac and his family for their service and we honor his brother for making the ultimate sacrifice.