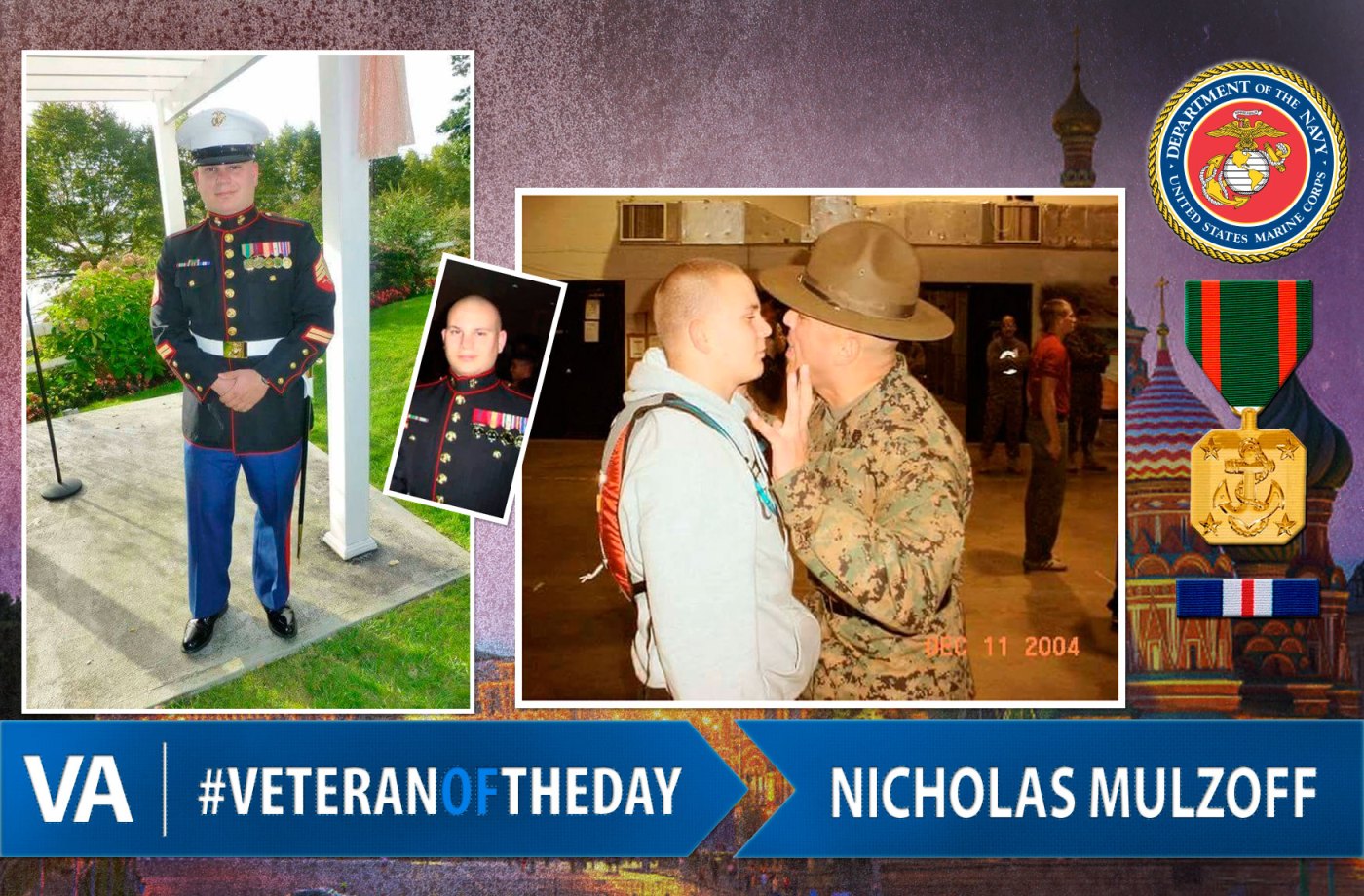 Nick did a tour in Iraq in 2007 at Camp Fallujah where he worked as a crew leader.

In 2008, he volunteered to serve as a “watch-stander” with Marine Corps Embassy Security Group. He was posted at embassies in Lome, Togo; Moscow, Russia; and Budapest; Hungary.

He was awarded the Navy and Marine Corps Achievement Medal for his time as acting Detachment Commander in Budapest and for creating a budget surplus for the detachment.

Thank you for your service, Nick!