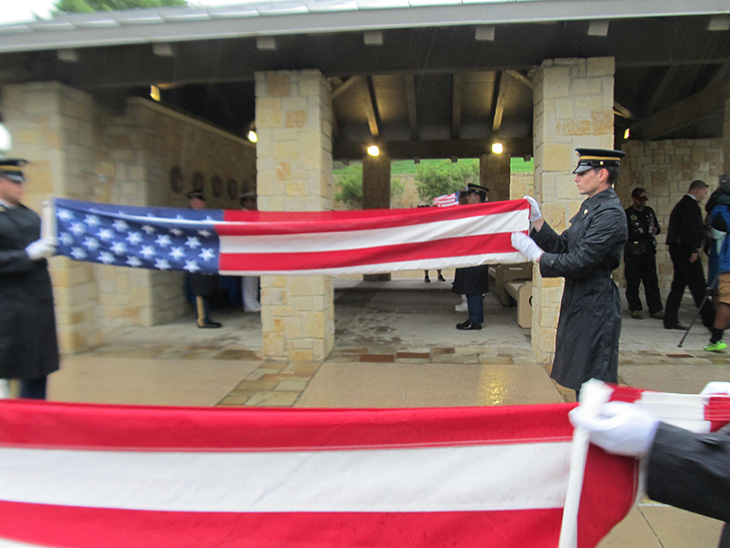 Eight Veterans, whose remains were never claimed by family members or friends, received a proper and distinguished burial with full military honors at the Dallas –Fort Worth National Cemetery this morning, May 26.

“We’re here to ensure that no Veteran is alone when they are laid to rest,” said Rick Crabb, a ride captain for the North Texas chapter of the Patriot Guard. The North Texas Patriot Guard Riders, the Naval Air Station Joint Reserve Base Fort Worth Honor Guard, the Texas National Guard Military Funeral Honors teams took part in the burial services.

The group simultaneously folded the eight American flags and then one-by-one presented the flag to eight designees representing the deceased families.

“Nobody knows these men and woman here. Not one of us,” said Crabb. “But they’re home with fellow Veterans here now.”

Many of the mourners present indicated that while these Veterans may not have had any family members present at their funeral, “we’re their family,” said one woman as tears swelled in her eyes.

“We are humbled to help provide the military honors these Veterans deserve,” said Larry Williams, director of the DFW National Cemetery. “It is important to express our country’s deep gratitude for veterans like these who have served our nation in the Armed Forces.”