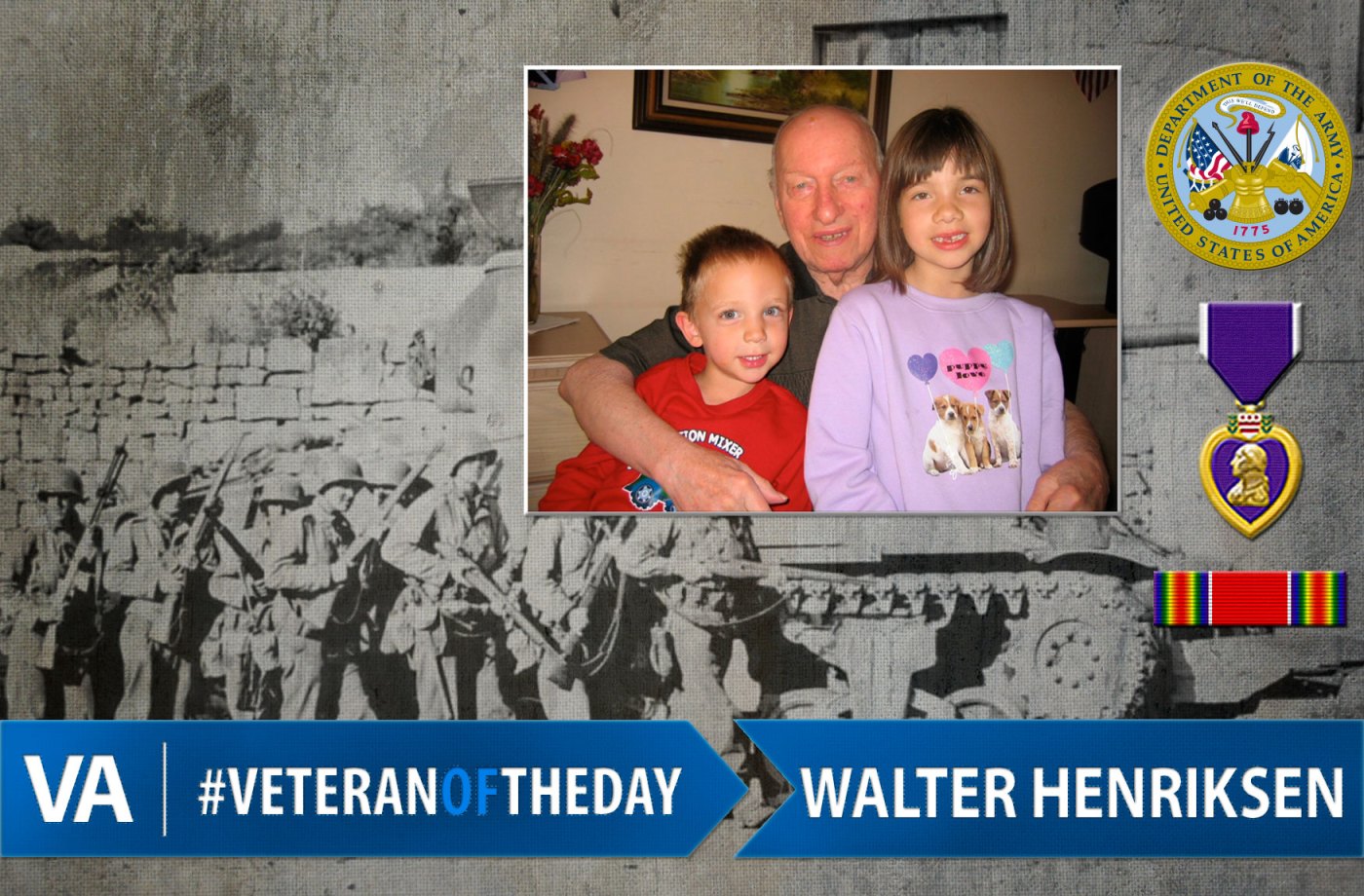 Walter was drafted in the Army in 1942 and served as an anti-aircraft operator during World War II. He was primarily stationed in Scotland and left for France three days after D-Day.

He received two purple hearts during his tour of duty. He received one after he was the only survivor of bombing attack on his unit.

When he returned from the war, he raised two kids on his own after his wife passed away from cancer.