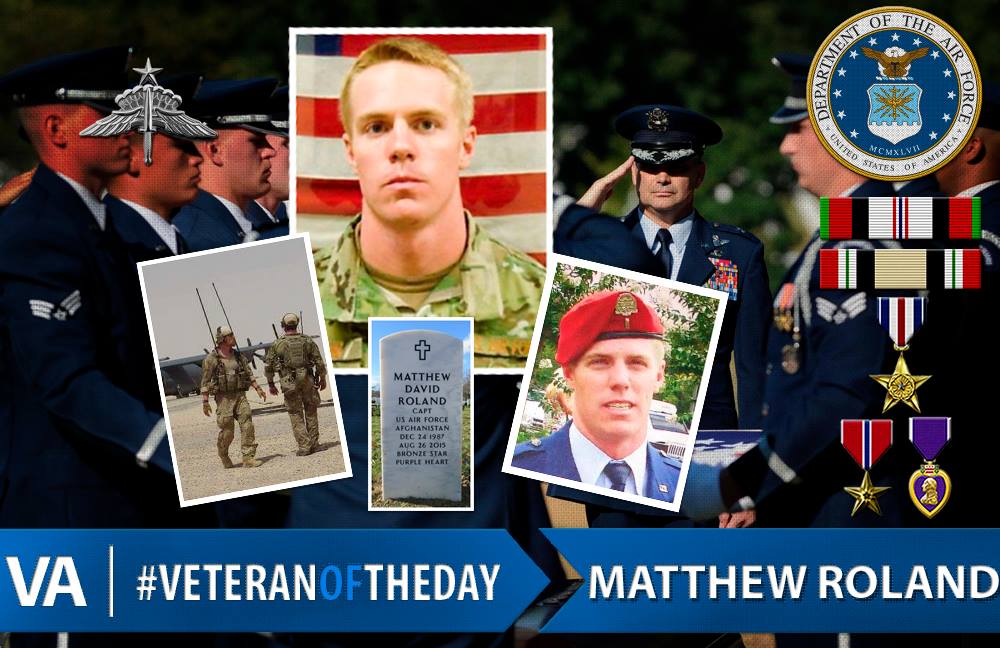 Today’s #VeteranOfTheDay is Matthew Roland. Matthew served the U.S. Air Force as a special tactics officer with Air Force Special Operations Command from 2010 until his death in 2015. Matthew was in the lead vehicle of a special operations convoy in Afghanistan when he recognized an insider attack in the making. After alerting the convoy he put himself in harms way in order to give his team time to take defensive positions and neutralize the threat to the convoy.

Matthew’s leadership, courage and devotion to his teammates were on full display and for his actions he was posthumously awarded the Silver Star Medal today.