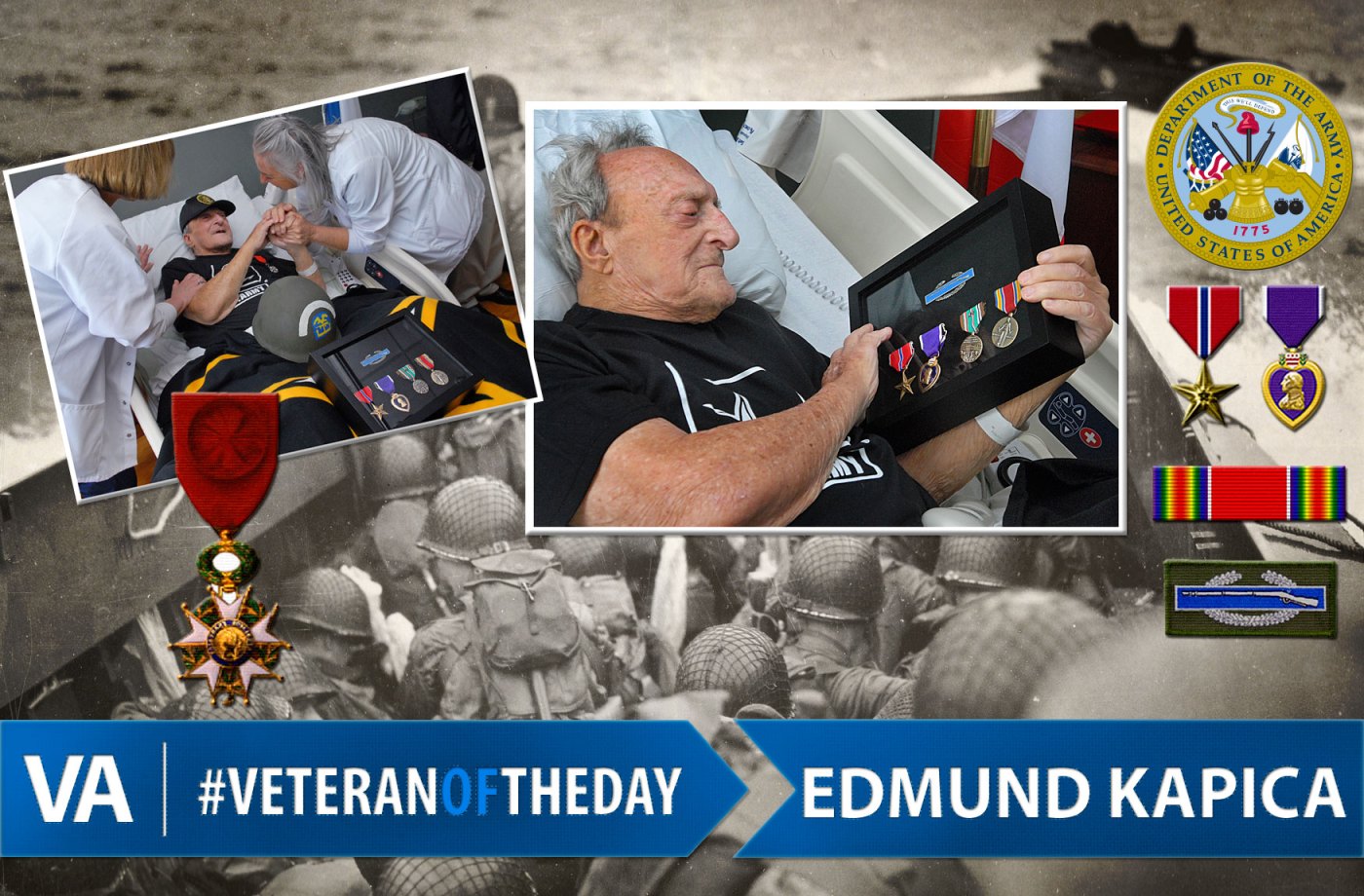 Edmund is a son of Polish immigrants. He was born in Chicago and entered the Army in 1943. He was originally assigned to the 348th Engineer Combat Battalion.

Edmund was among the fist Allied troops to arrive during the assault at Omaha Beach on June 6, 1944. As an amphibious combat engineer, his specific instructions were to eliminate submerged obstacles in the “easy Red” sector of the beach in order to allow Allied landing craft to better reach the shore.

His raft mate was pushed upright by a wave and was subsequently shot sustaining a fatal head injury. Edmund crossed the beach three times while under enemy fire to remove impediments. Once a landing site had been secured, Edmund and the engineers cleared the beaches and managed the unloading of materiel and supplies for several weeks.

In late January 1945, the replacement company Edmund was assigned to was sent to join Patton’s Third Army, 26th Infantry Division, 101st Infantry Regiment. Only three days with his new command, he was severely wounded and the remainder of his group was killed in an ambush near the village of Weicherlange, Luxembourg.  Despite being wounded four times in the ambush, he was able to dig his body down into the snow and was shielded by the bodies of others in his group. The snow clotted his blood.  He was discovered many hours later among his dead companions. He was spotted by the rising steam of his breath. He spent the rest of the war in and out of hospitals in France, England and the United States, until he was honorably discharged from the U.S. Army in March 1946.

After the war, Edmund worked in the motor pool of the Chicago Veterans Hospital, among other jobs. He now lives in Arkansas.

Today, the World War II Veteran received the Medal of Knight in the French Order of the Legion of Honor in recognition of his contribution to the liberation of France during WWII by the Honorary French Consul, Madame Beatrice Moguel Moore.  Edmund was also presented with the Bronze Star and Purple Heart from Congressman Bruce Westerman’s staff.

Thank you for your service, Edmund!