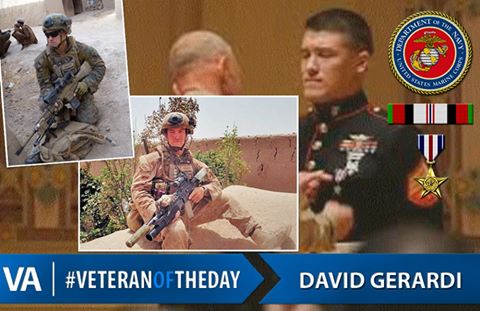 Today’s #VeteranOfTheDay is David Gerardi. David served the United States Marine Corps as a Reconnaissance Marine and sniper before joining the United States Army and becoming a weapons sergeant with the 19th Special Forces Group. On June 6, 2011 David found himself in a fierce firefight in Helmand Province, Afghanistan. After orienting to the battlefield he recognized that he could provide cover fire for a team of Marines who were pinned down by machine gun fire. Sprinting across an open field with bullets passing inches from him, he took the position and began dispatching the enemy with accurate rifle fire.

His actions that day saved an entire team of Marines and earned him the Silver Star Medal, the nations third highest award for valor.

Thank you for service, David. Semper Fi and Hooah!