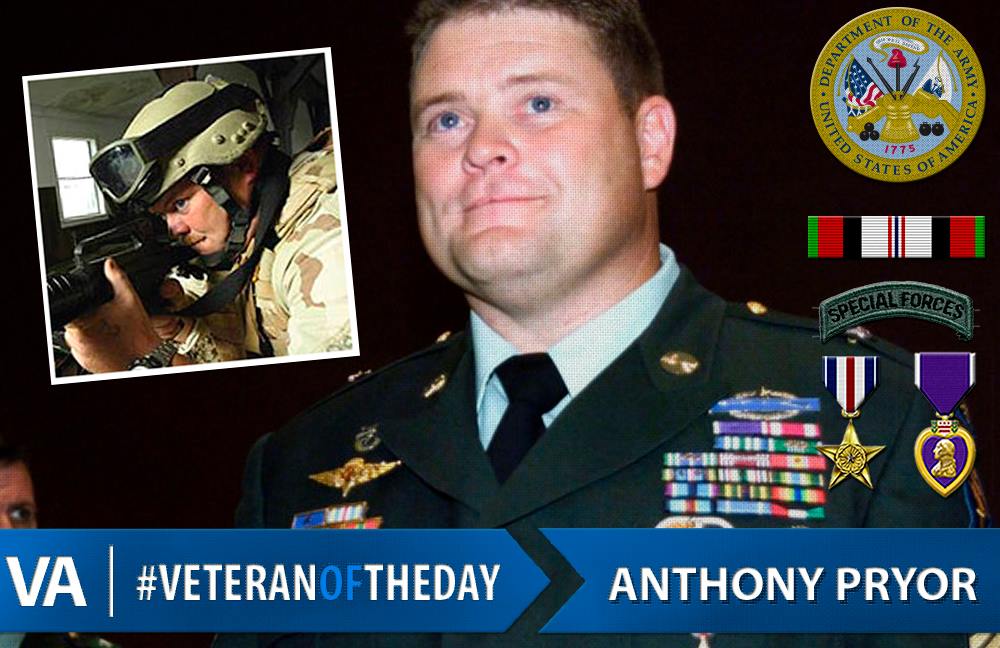 Today’s #VeteranOfTheDay is Anthony “Tony” Pryor. Tony served the United States Army from 1981-2005, with 17 of those years spent with 5th Special Forces Group. Tony was among one of the first Soldiers to engage in combat in Afghanistan and is immortalized by a story in which he single handedly killed four Taliban fighters, at least three of them with his bare hands. Amazingly he executed this feat with a dislocated shoulder. Tony was awarded the Silver Star for his actions and is still a legend in the Special Forces community.

Thank you for your service, Tony! Hooah!