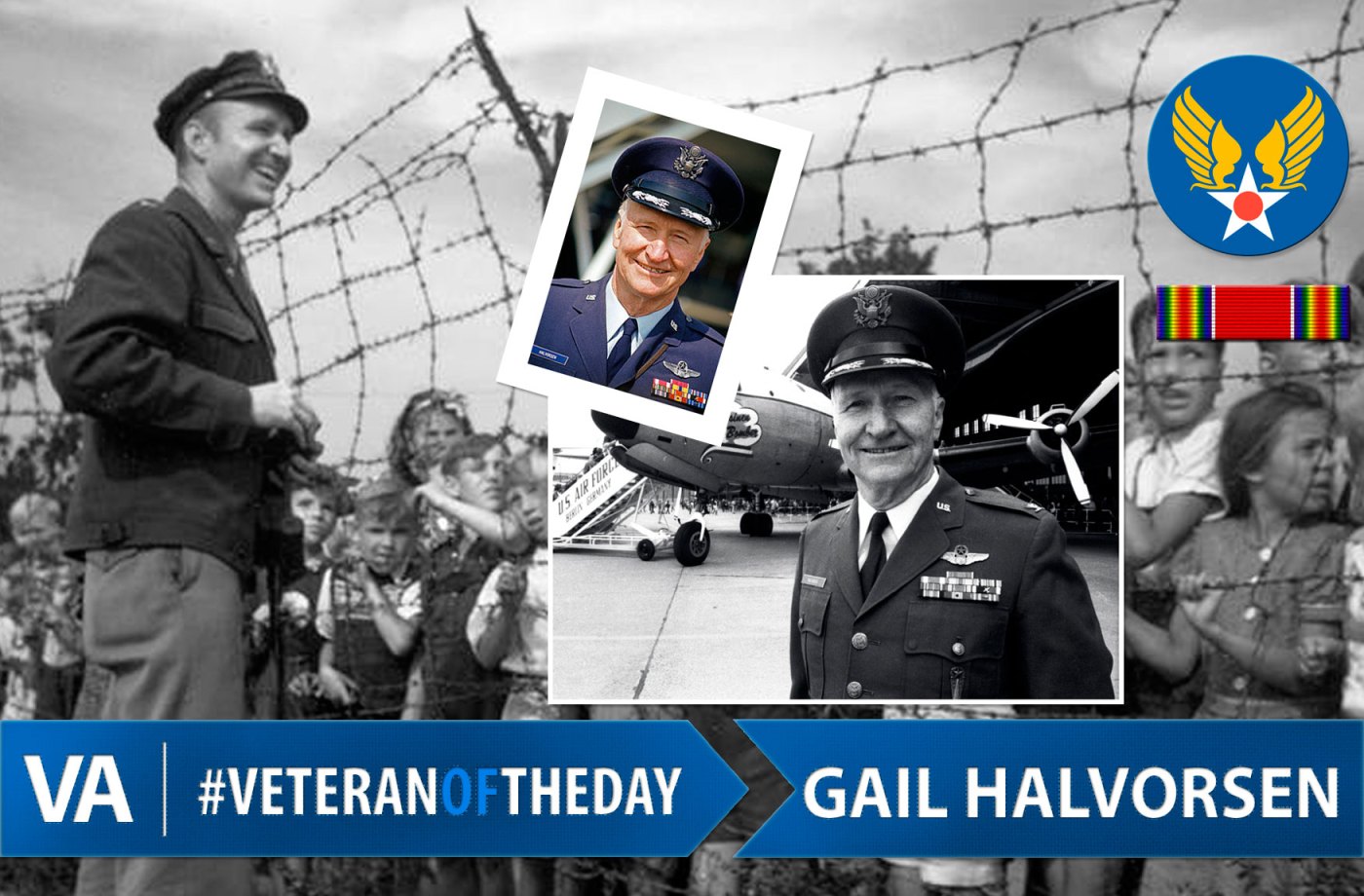 As a 22-year-old farm boy from Utah, Gail joined the U.S. Army Air Forces in 1942, but it wasn’t until 1948 that he would earn his colorful nickname after being recalled to duty for the Berlin Airlift. During that campaign, Gail flew one of the Air Force’s many C-54 cargo planes destined to carry more than 2 million tons of supplies into Soviet-blockaded West Berlin.

“On my days off, I would go sightseeing in Berlin and shoot film on my personal handheld movie camera,” he said in a 2014 PBS interview.

Gail tells the story of how he became known as the “Candy Bomber.” During one of his sightseeing visits, where he saw a group of children lined up behind a fence at Tempelhof airport, the main landing site for the airlift. Upon meeting them, he quickly discovered these kids had nothing without U.S. aid. He didn’t have much on him, except a nearly gone pack of chewing gum. He shared the couple of pieces of he had on him with the children. Realizing these kids hadn’t had any sweets for years, he decided that he would drop sweets on them from his C-54. The kids asked him, how would we know which plane is yours? He replied, “I’ll wiggle my wings,” earning himself the nickname, “Onkel Wackelflügel,” translation (Uncle Wiggly Wings).

More recently, the now 95-year-old retired pilot shared what had inspired him to become the “Candy Bomber” with the student officers of the Air Command and Staff College as part of the 35th annual “Gathering of Eagles” at Maxwell Air Force Base in Montgomery, Alabama.

“In the aftermath of war, poverty and devastation, I found hope in the eyes of that group of children,” he said.

He was not alone, as many of his fellow airmen recognized the value in his efforts and started dropping candy to the children and citizens of Berlin during their flights in and out of the city as well. The Berlin Airlift would last roughly 15 months with Gail completing more than 30 missions. Gail returned home and continued to fly – often dropping candy over his hometown in Salt Lake City, Utah.

Thank you for your service, Gail.