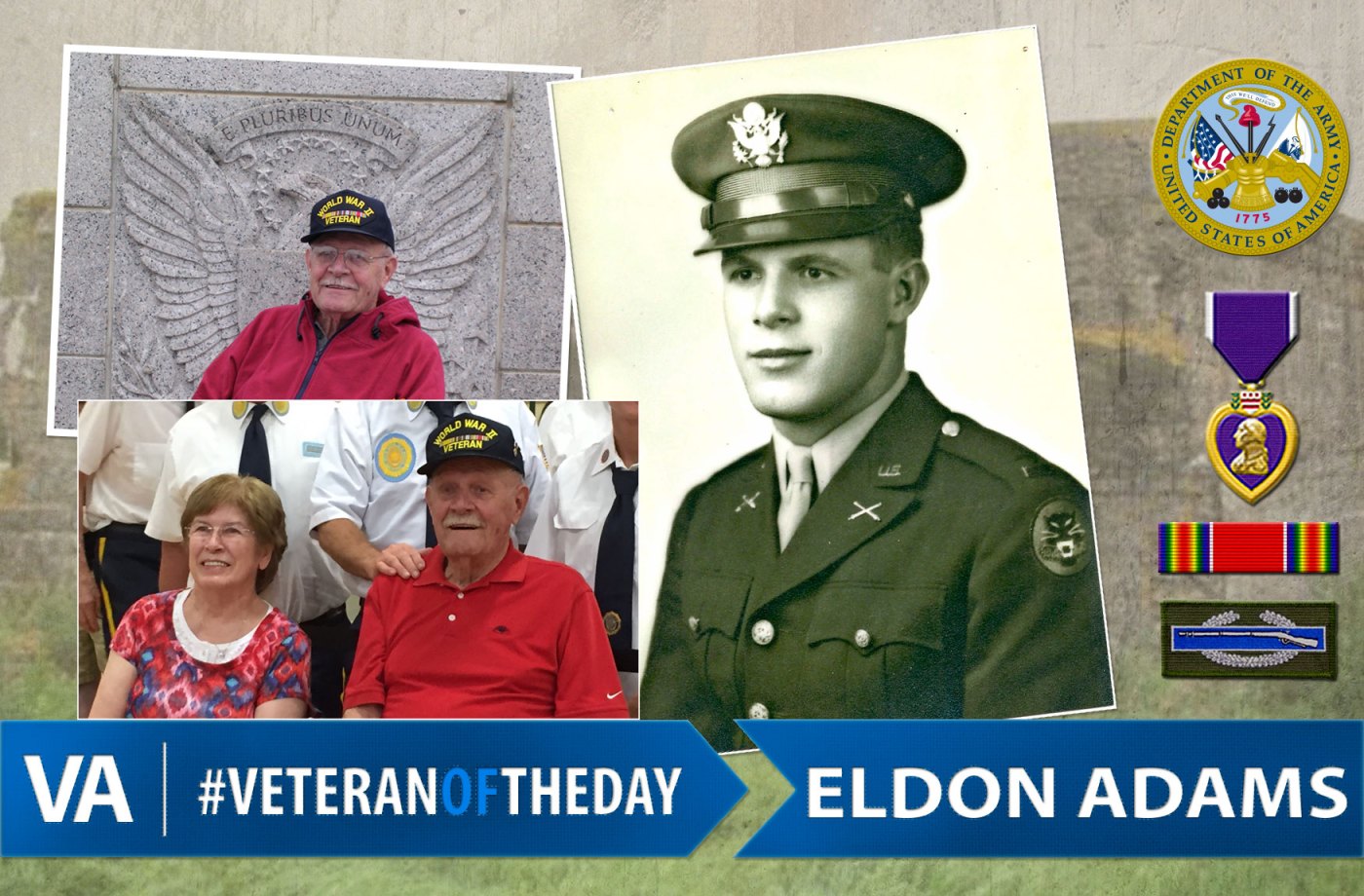 Eldon was born in Alma, Michigan in 1921. He began his military service in 1940 with the National Guard.

He served during World War II in Germany. His unit took a pillbox and then slept in a farmhouse. Eldon was injured the next morning when he was injured by mortar shells hitting his location.

Eldon remembers a time when he was home on leave and he rescued his uniform pants from the second story of his house when it caught fire.

During his time in garrison, he helped build the barracks at Fort Leonard Wood.

Eldon completed his service in 1946 with the 94th Infantry Division. Since then, he has been a local businessman, family man, and outdoorsman.

Thank you for your service, Eldon!