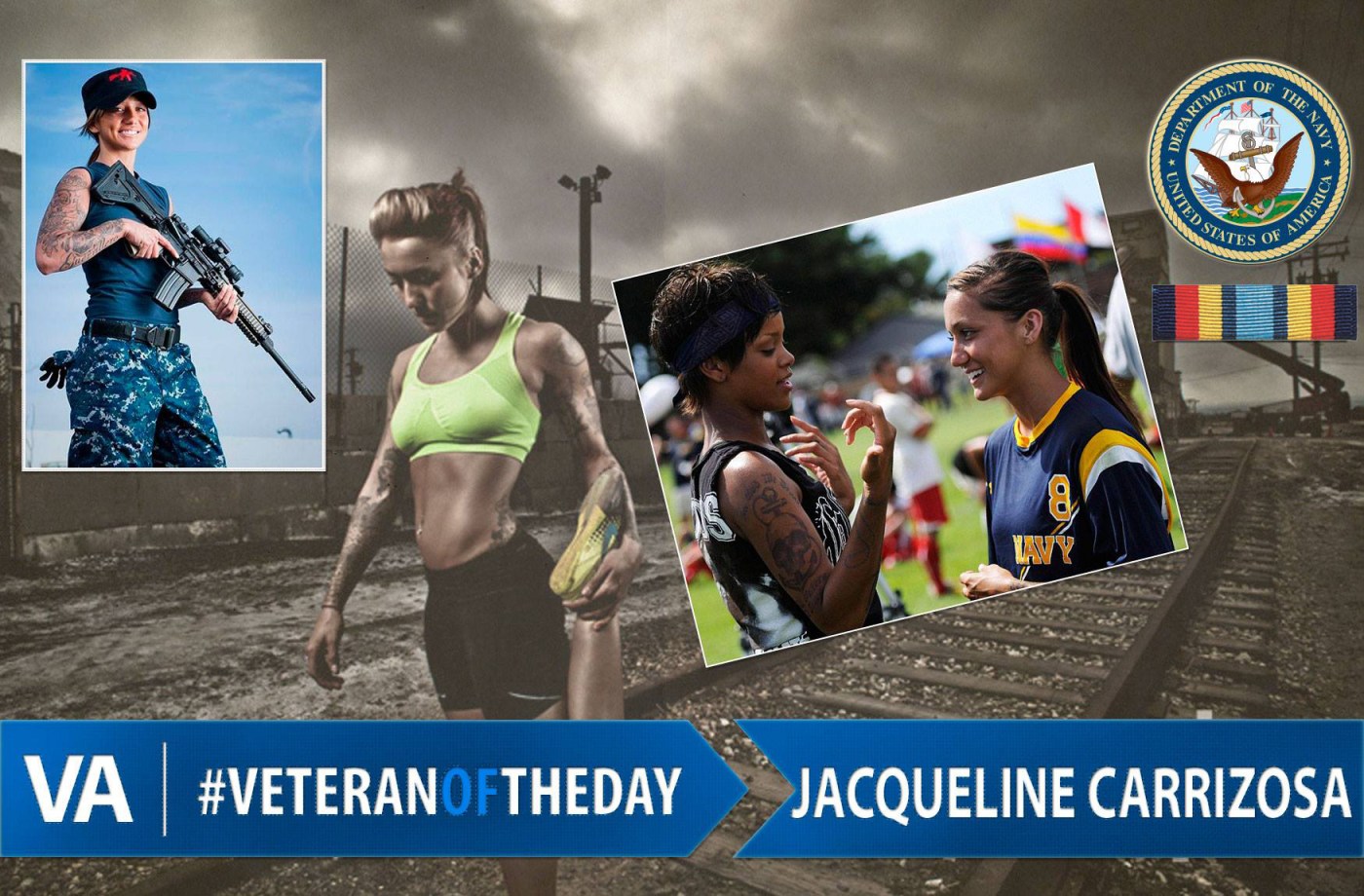 Jacqueline served in the Navy for four years.

She assisted in training more than 850 Naval security personnel during deployments in the Middle East during Operation Enduring Freedom.

She was a team member of the USS Ronald Reagan’s Ship Self Defense Force and served as Gunnersmate and Surface Rescue Swimmer. Jacqueline was awarded Sailor of the Quarter for exemplary service.

She also played soccer for the Navy, playing in several different countries which helped build community relations between the U.S. and the host country.

After her time in the Navy, Jacqueline had the opportunity to work with Rihanna during the filming of “Battleship” as a technical advisor.

She is now a firearms instructor in Las Vegas.

Thank you for your service, Jacqueline!