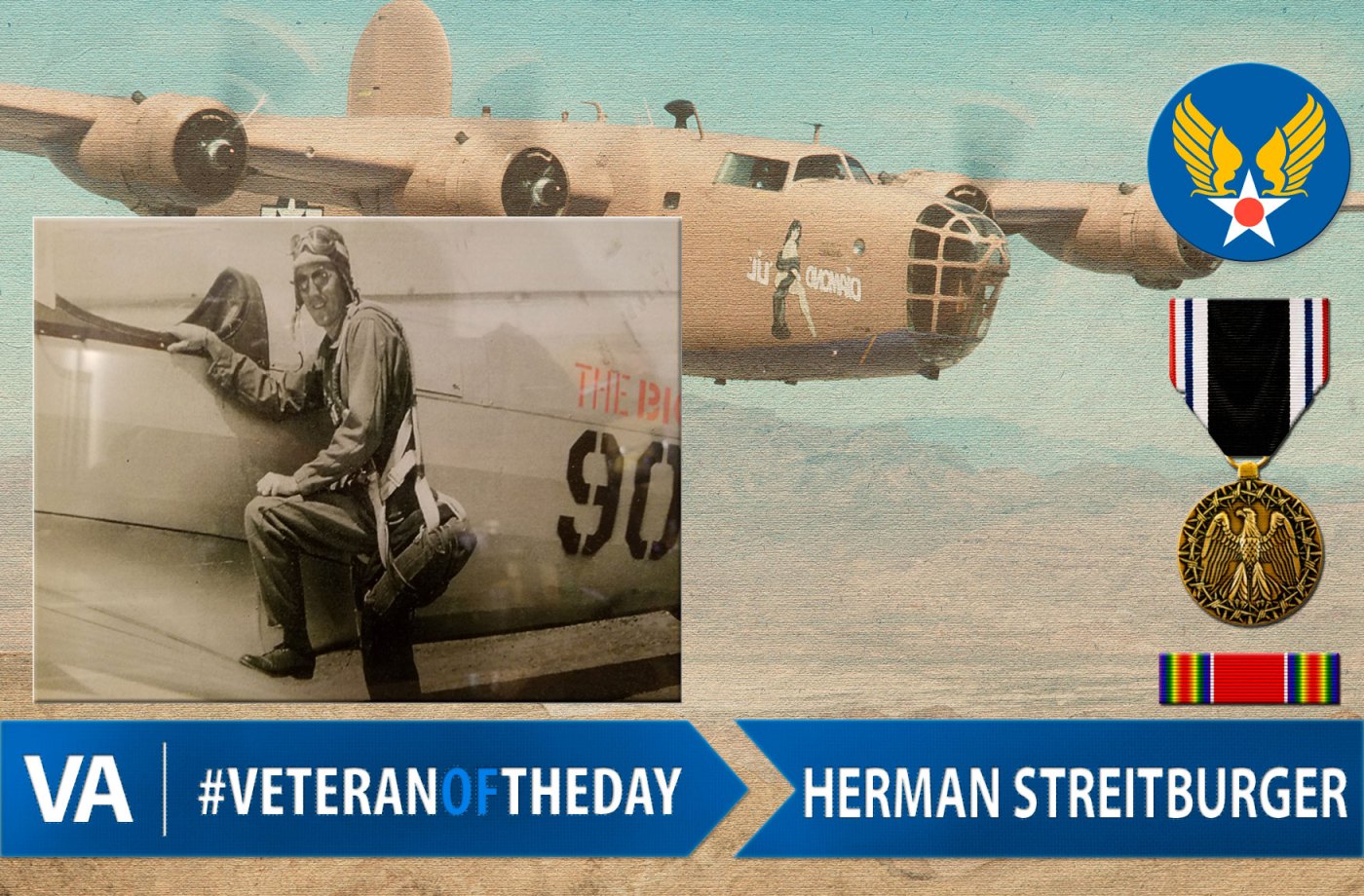 Herman was a crewman on a B-24 Liberator part of the 15th Air Force during World War II.

His crew conducted missions over Italy and Eastern Europe including raids on Romanian oil fields. His aircraft was shot down on his last mission and he spent more than a year as a prisoner of war (POW).

Now he shares his story with school children on Veteran’s Day and continues to support his fellow POWs by participating in a local POW support group.

Thank you for your service, Herman!