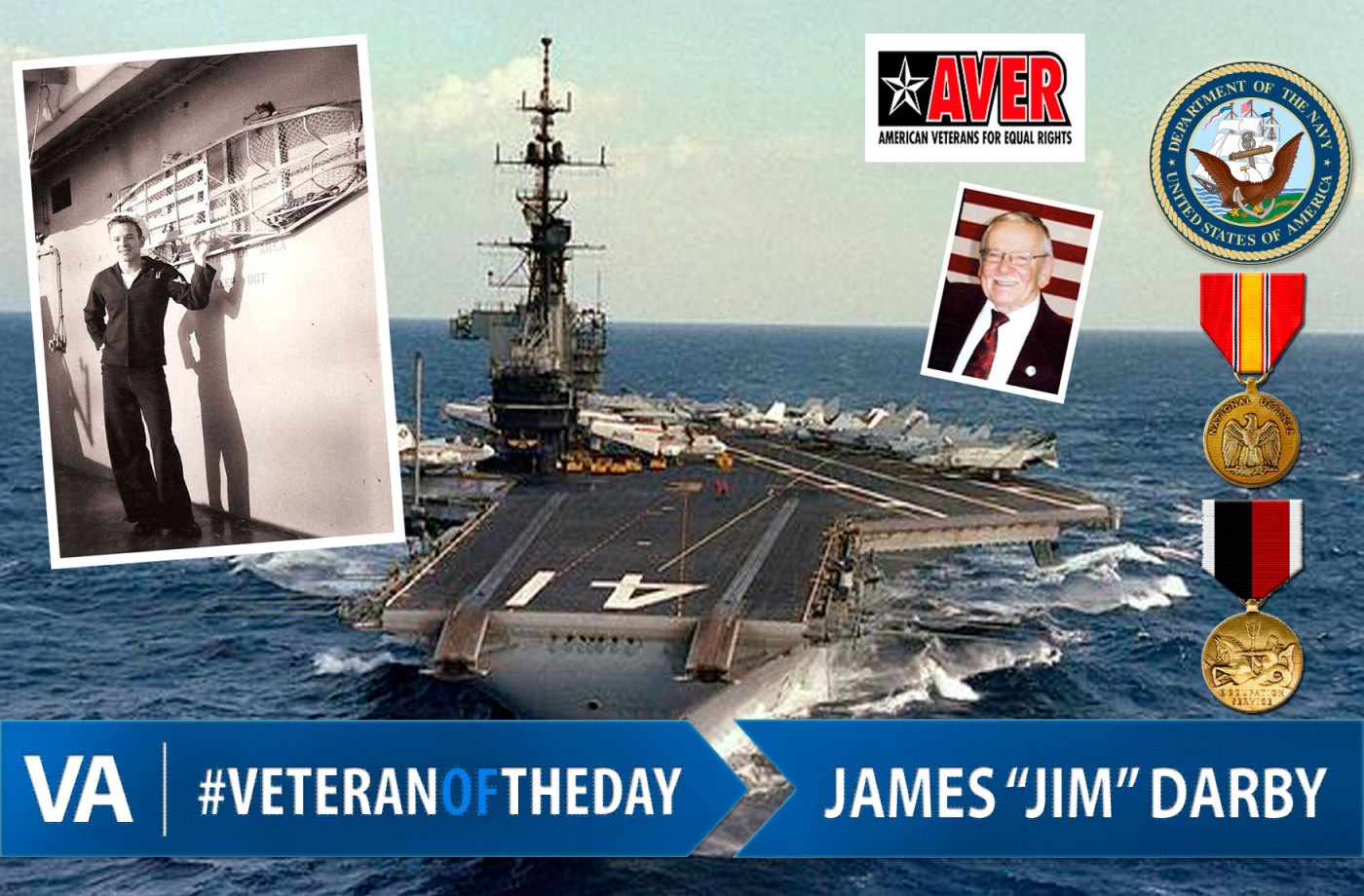 Jim’s service began in 1952. He served in Germany, French Morocco and the Mediterranean aboard U.S.S. Midway and U.S.S. Bennington.

Jim separated from the Navy in 1956, used his GI Bill to attend college, and went on to teach at public high schools for 29 years.

In 1991, he founded the Chicago chapter of what is now the American Veterans for Equal Rights group.

Jim resides in Chicago, where he remains an activist for gay and lesbian veterans’ issues. In 1997, he was inducted into the Chicago Gay and Lesbian Hall of Fame.

Thank you for your service, Jim!