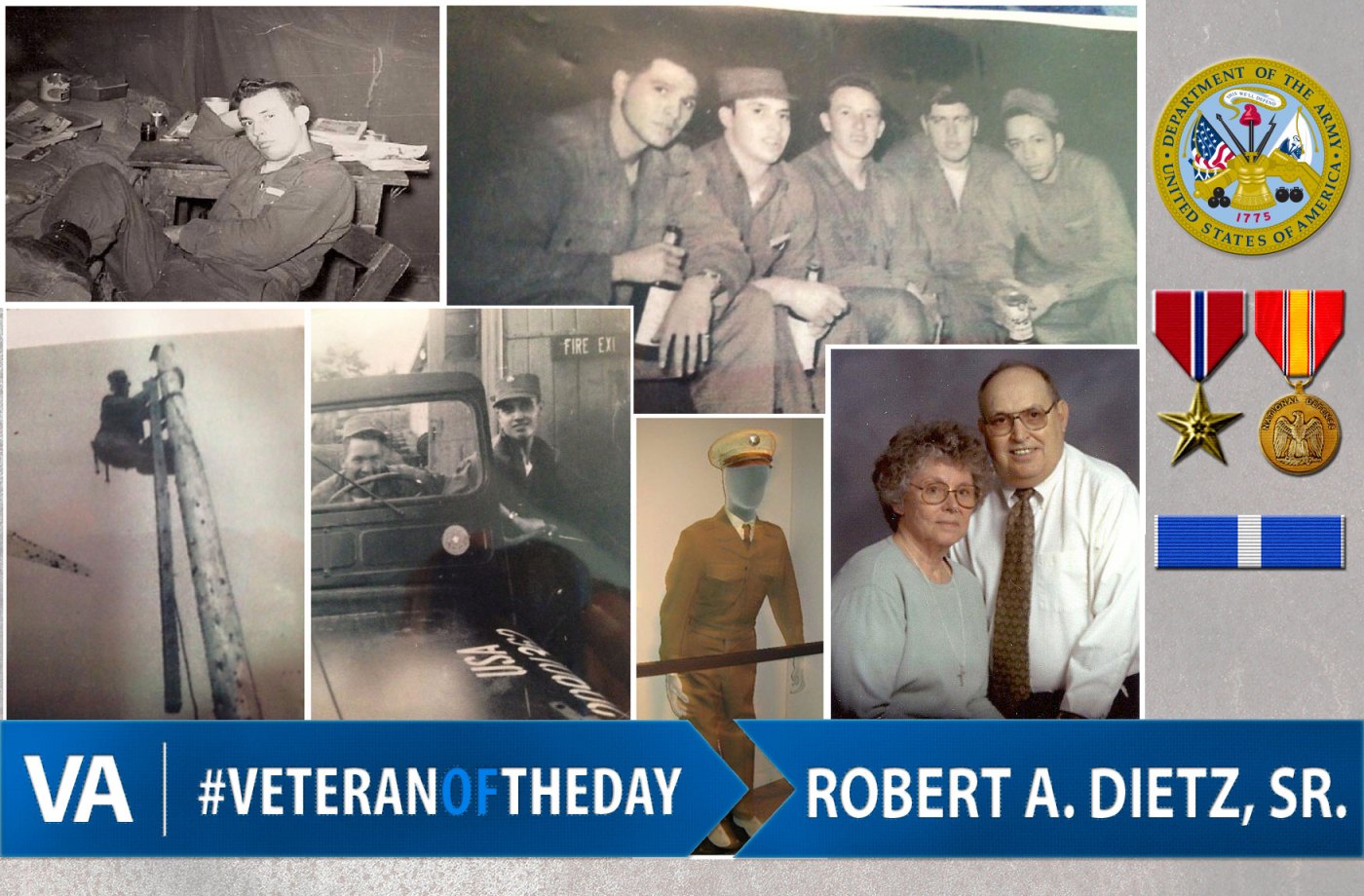 Robert joined the Army Signal Corps in February of 1951. He completed his lineman course in Okinawa, Japan before being transferred to Korea.

In Korea, he and his tent mates accidentally burned down their tent while popping popcorn on a kerosene heater.

His uniform is housed in the Sullivan Brothers Museum in Cedar Falls, Iowa as a representation of Army uniforms of his era.

Robert passed away in 2005 from complications of cancer. We honor his service.