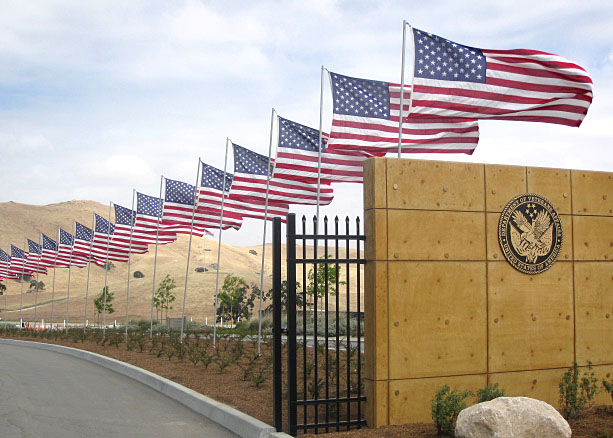 Patriotism is a belief that inspires us to pay tribute to all who have sacrificed by serving our great nation.  Patriotism also recognizes the bravery both of those who have served and the families, friends, and fellow citizens who have supported the efforts of our brave men and women of the military.

As a middle school English teacher of 42 years, I have encouraged my students often to recognize the fact that it is only through the efforts of our dedicated military personnel that we are able to live in a society in which our freedom is guaranteed and defended daily.  Whenever the opportunity presents itself to recognize our military, I encourage my students to do so.  It is that encouragement that led my student Michael to author one of the finest tributes to our flag that I have ever had a student produce.

Let me explain how this poem was created.  During May of 2015, I assigned Lois Lowry’s novel The Giver to my seventh grade integrated language arts class to read.  We discussed the importance of color and the prominent place color plays for the main character Jonas.  After my students wrote their poems, I gave them the opportunity to use technology to celebrate color in a more vivid manner.  The students created online animations and a couple of iMovies.  When I saw the potential to use technology for this project, I decided to expand the use of technology on a larger scale when I would be teaching Lowry’s novel again this May.

While my students were writing the drafts of their poems in preparation of showcasing their work on a technology platform, I noticed that Michael, one of my students, was approaching my desk.  He had begun to write his color poem about the colors red and white.  Rather than continuing to focus on items, symbols, and emotions particular to these two colors, Michael asked if I thought he might be better served by adding the color blue and creating a poem that pays tribute to our American flag.  He said that the idea for this tribute came into his mind and remained there, prodding him to take a patriotic approach to this assignment.  I told Michael that I thought his idea would produce a wonderful poem since he seemed to be inspired by these patriotic colors.  He agreed, smiled approvingly, and set out to create the draft of his poem.

Upon seeing the completed first draft, I could tell immediately that Michael was making the correct decision to write a tribute to our flag.  The images that he was producing are powerful ones.  He speaks of red as a color that represents “The color of hardiness and valor, / A sentinel to safeguard and protect.”  He describes white not “as the absence of color” but “a mélange of colors in opalescent form / Colors dancing around to make one beautiful and pure color.”  He describes blue as “The color of vigilance and justice / Freely donating freedom to all.”  In the final stanza of his poem, Michael gives recognition to “The morals, / Purity, / Innocence, / Vigilance, / Valor, / Hardiness, / And justice (that) coalesce into a great country.”

The energy being generated by Michael’s poem was inspirational.  An incredible rush of patriotism and pride could be felt surging through the room as Michael was sharing his draft in class.  Since he is a perfectionist, Michael could be seen adjusting the rhythm of one line, clarifying the imagery in another, and generally seeking to create the perfect tribute to Old Glory.\

The text of Michael’s poem is provided for your reading enjoyment.  I also encourage you to watch his unlisted YouTube video since his digi-poem (digitally-enhanced version of his written poem) combines poetic format, graphics, and Michael’s voice.  The video is featured at the top of this post and also on YouTube.

Throughout my career, my students have invited FBI agents to speak with us, a night vision specialist to explain the way these vision enhancers work, and a rescue dog expert to demonstrate the proper procedure for conducting a rescue with the aid of a trained dog.  They have designed and built a garden that pays tribute to a NY/NJ Port Authority patrolman and father of three students when he was lost while saving many lives during the 9/11 terrorist attacks. I am now adding Michael to this august group of young patriots who loves and respect the flag that serves as our symbol of freedom and respect for human rights.  I am honored to be Michael’s teacher.

[To read Michael’s poem, click here for the PDF]

Joseph S. Pizzo is a veteran English teacher of 42 years at the Black River Middle School in Chester, NJ. An adjunct professor at both Union County College and Centenary College, Pizzo is the NJ Association for Middle Level Education Educator of the Year for 2016. A former NJ Council of Teachers of English Educator of the Year, Pizzo is one of the first teachers inducted into WWOR-TV Ch. 9’s A+ for Teachers Hall of Fame.