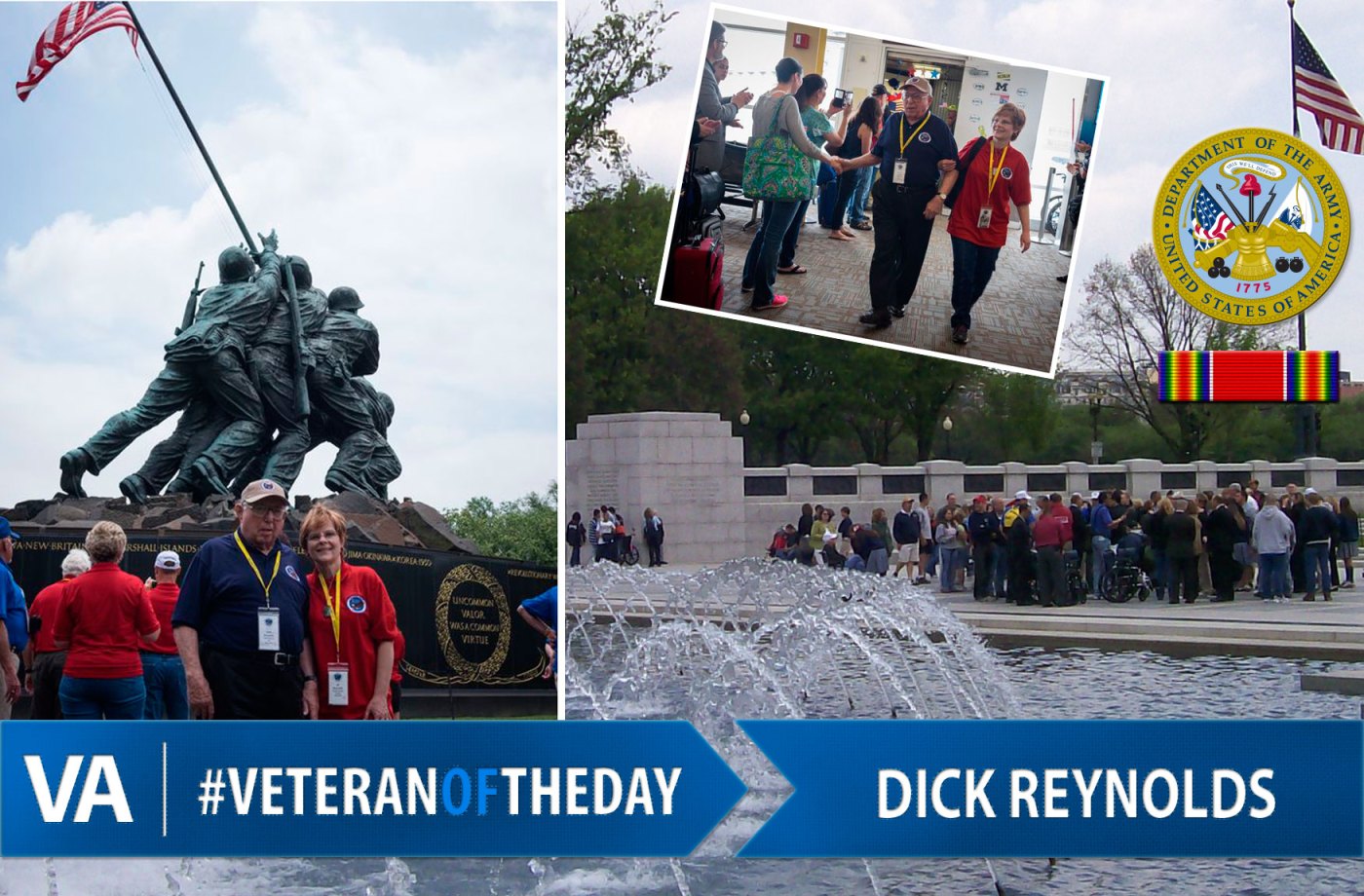 Dick was drafted into the Army in 1942, and spent nearly two years deployed to England, France, Belgium and Germany as part of a combat engineering unit between 1944-1945.

In 1945, Dick returned to Lansing, Michigan, where he worked at the Oldsmobile factory, then Schafer’s bakery, where he eventually retired.

At 93 years old, Dick recently took part in an honor flight from Michigan to Washington, D.C.

Of his seven brothers, six served in either World War II or Korea. They represent four branches of the military.

Dick, we thank you, and your brothers, for your service.