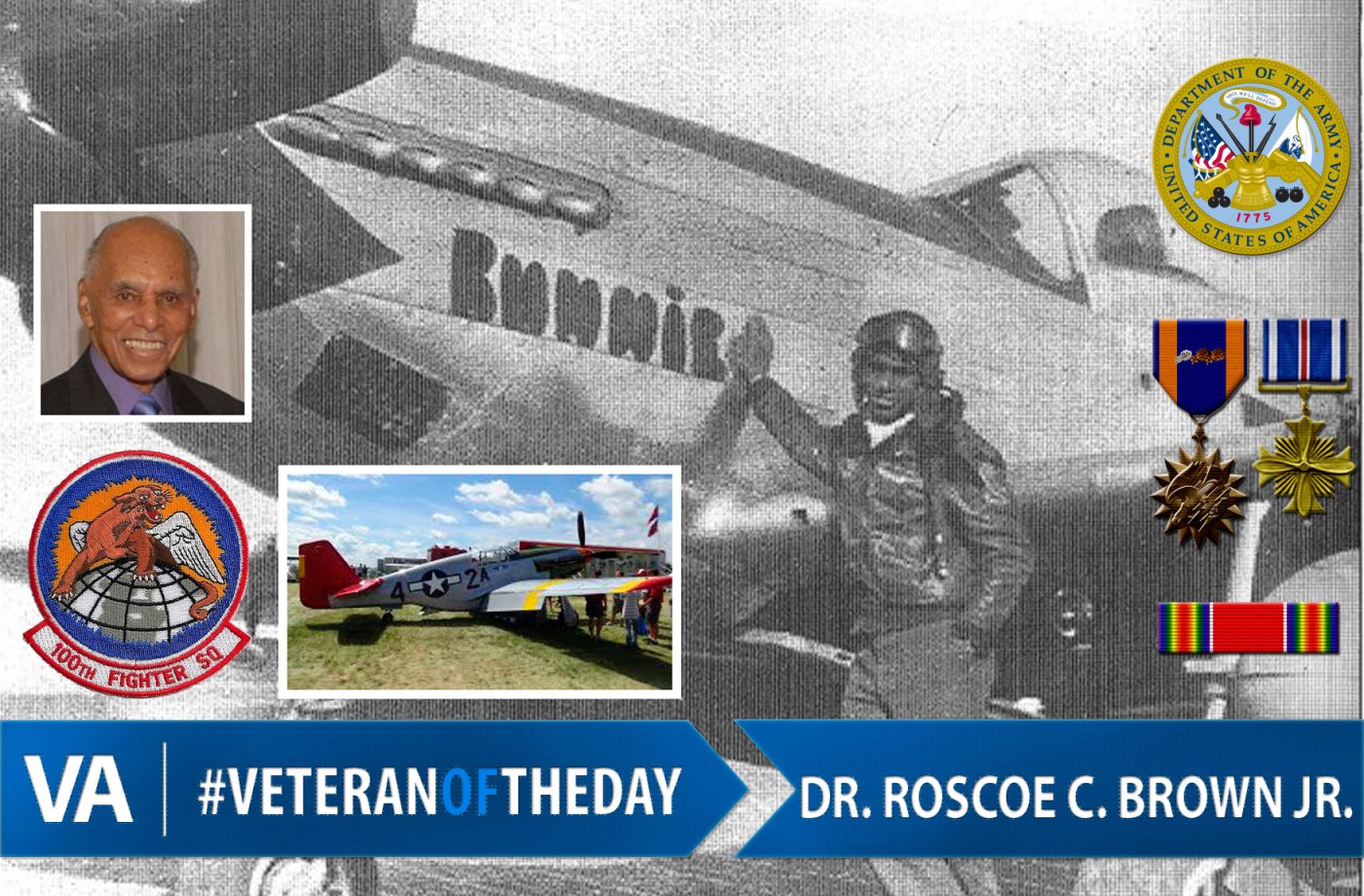 Roscoe C. Brown Jr. joined the U.S. Army Air Forces in 1943 and served as one of the original Tuskegee Airmen to fly in World War II.

Following his graduation from Springfield College in Massachusetts, he was trained as a pilot at the Tuskegee Institute Army contract flying school, later at Selfridge Army Air Base, then at Walterboro Air Base.

In 1944 Roscoe was assigned to the 100th Fighter Squadron of the 332nd Fighter Group and stationed in Italy. There, he and his squadron provided escort services for as many as 17 Bomber Groups. In 1945, he became commander of that Squadron.

Roscoe flew nearly 70 combat missions during World War II and earned multiple awards for his actions, including the Air Medal with eight Oak Leaf Clusters and The Distinguished Flying Cross.

He is credited with being the first African-American fighter pilot to shoot down a German fighter jet.