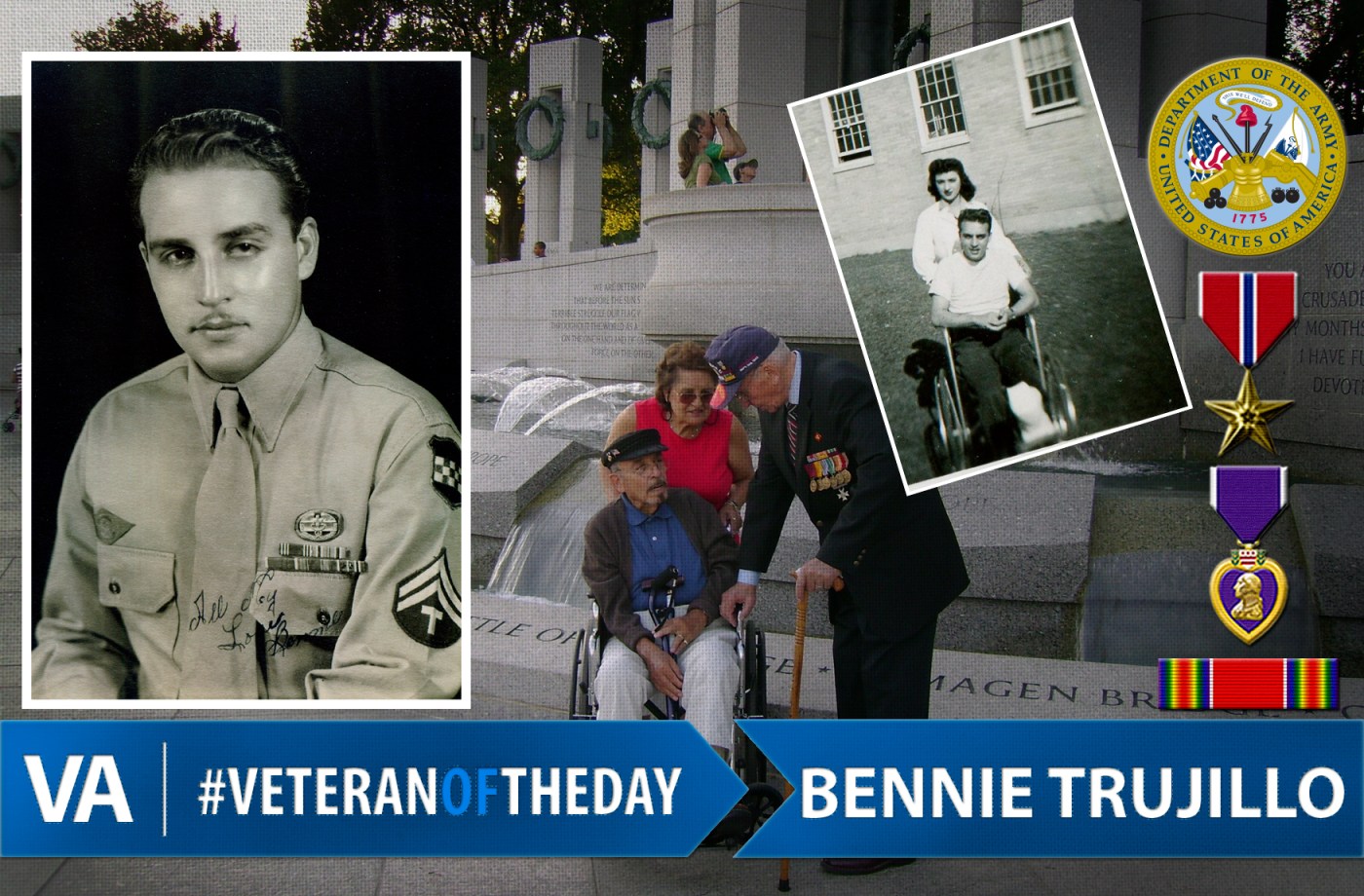 Bennie was a combat medic with 99th Infantry during World War II. He was too young to join the infantry, but he lied about his age to serve with them.

He spent some months in France and Belgium, occasionally under small arms fire, but did not partake in any major battles. Then, his company went deeper into German territory where the enemy occupied the area around Remagen and the bridge crossing the Rhine River.

His unit safely crossed the bridge despite incoming fire from the Germans, but then came under heavy tank fire. Bennie tended to several wounded soldiers until he was hit in the hand, leg, and lower body. “With my right hand, I reached inside my medic bag, grabbed a morphine syrette, and gave myself a shot,” Bennie said. “Sometime later, a Captain and Chaplain gave me a shot of whiskey which they called ‘Purple Heart medicine.’”

During the Battle of the Bulge, he lost his leg shortly after crossing the Remagen Bridge.

Bennie received a Purple Heart for his injuries and a Bronze Star for his service.

He now lives in Denver with his wife, Louise. They recently celebrated their 70th anniversary.

Thank you for your service, Bennie!