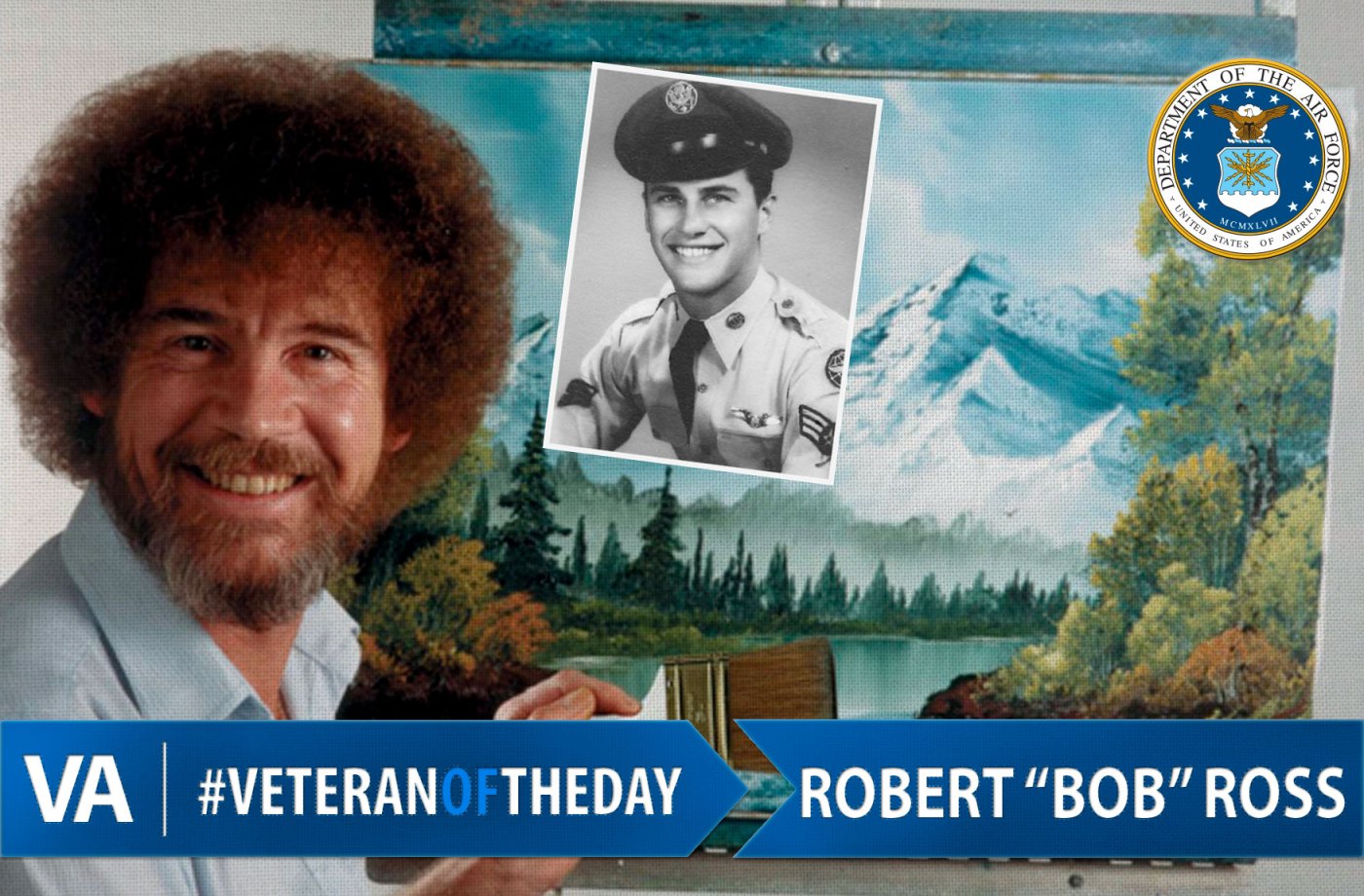 Bob was born and raised in Florida. He enlisted in the Air Force when he was 18-years-old and then stationed at Eielson Air Force Base in Alaska.

In a 1990 interview with the Orlando Sentinel, Bob explained that he was “the guy who makes you scrub the latrine.”

Bob took an art class at the Anchorage U.S.O. club and began painting the Alaskan landscape that influenced many of his pieces on his future TV show.

After 20 years of service, Bob left the Air Force and began hosting the popular series “The Joy of Painting,” where he provided instruction on painting landscapes.