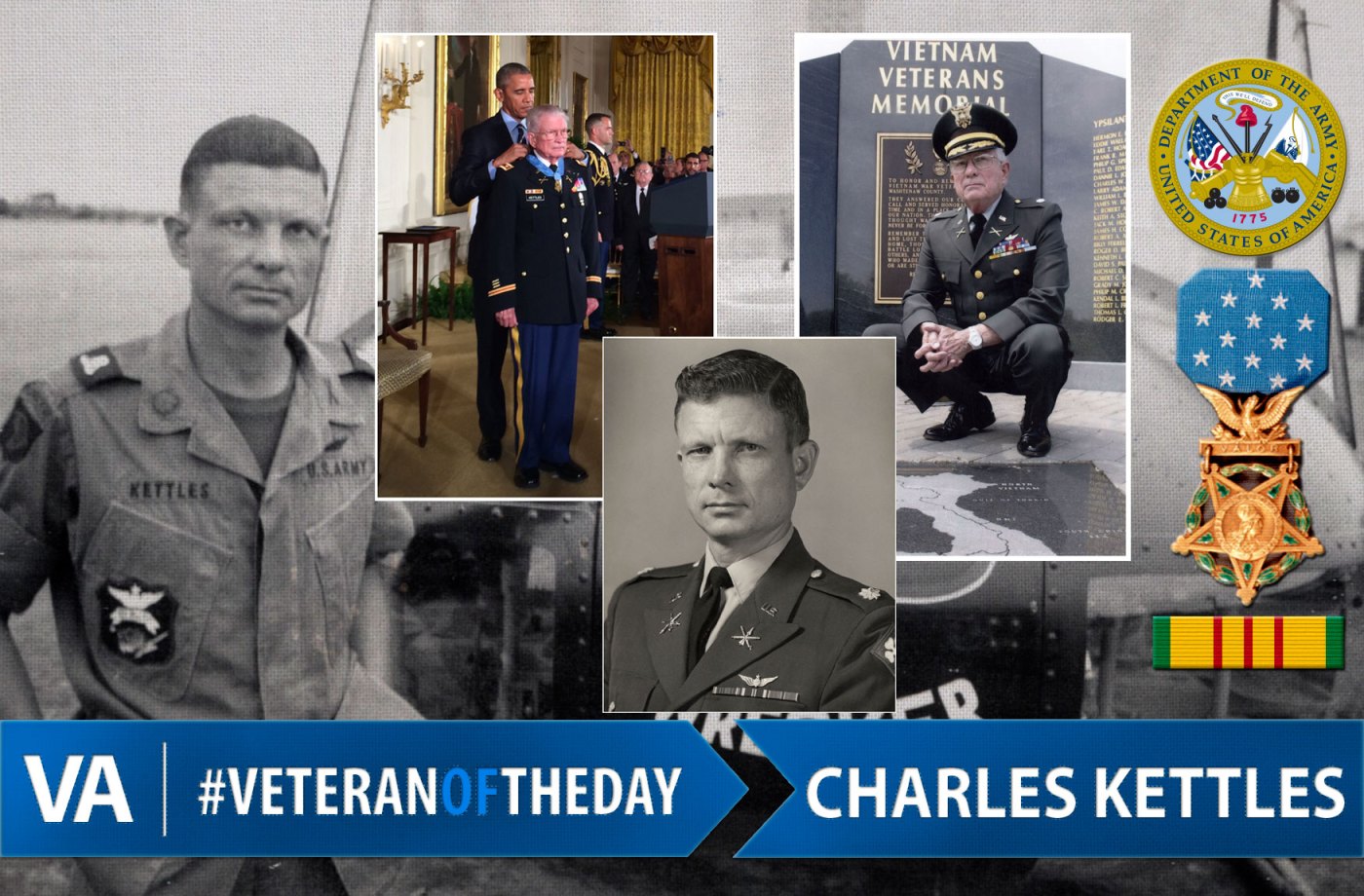 Chuck was 21-years-old when he was drafted to the Army. He earned his commission as an armor officer in 1953 and graduated from Army Aviation School shortly after. He went on to serve tours in Korea, Japan and Thailand.

In 1956, he continued his service with the Army Reserve while operating a Ford Dealership with his brother. In 1963, he received the call to serve again when the United States needed pilots for the engagement in Vietnam.

On May 15, 1967, Chuck volunteered for a mission to carry reinforcements to a battle on the Song Tra Cau riverbed. Despite heavy damage he took in the landing zone, he remained committed to the mission until all supplies and personnel were off-loaded and wounded troops were aboard his aircraft. He returned to the battlefield a second time to deliver reinforcements and rescue the wounded.

Later that day, Chuck took lead on an emergency extraction of troops at that same deadly location. He entered the area with five other aircraft. He was informed that all personnel were onboard and they began to leave the location. Once airborne, Chuck learned that eight troops had been providing cover for the others and were unable to reach the aircraft. With disregard for his safety, Chuck passed leadership onto another helicopter and went back, on his own, for the eight troops. His lone aircraft took heavy fire and serious damage, but he managed to get himself, the remaining troops, and his battered aircraft back to base.

Chuck’s courage and superior flying skills ensured that his crew and the last group of soldiers made it off the battlefield.

“We got the 44 out. None of those names appear on the wall in Washington. There’s nothing more important than that.”

Today, Chuck was awarded the Medal of Honor for his conspicuous gallantry.

Thank you for your service, Chuck! You are a true hero.