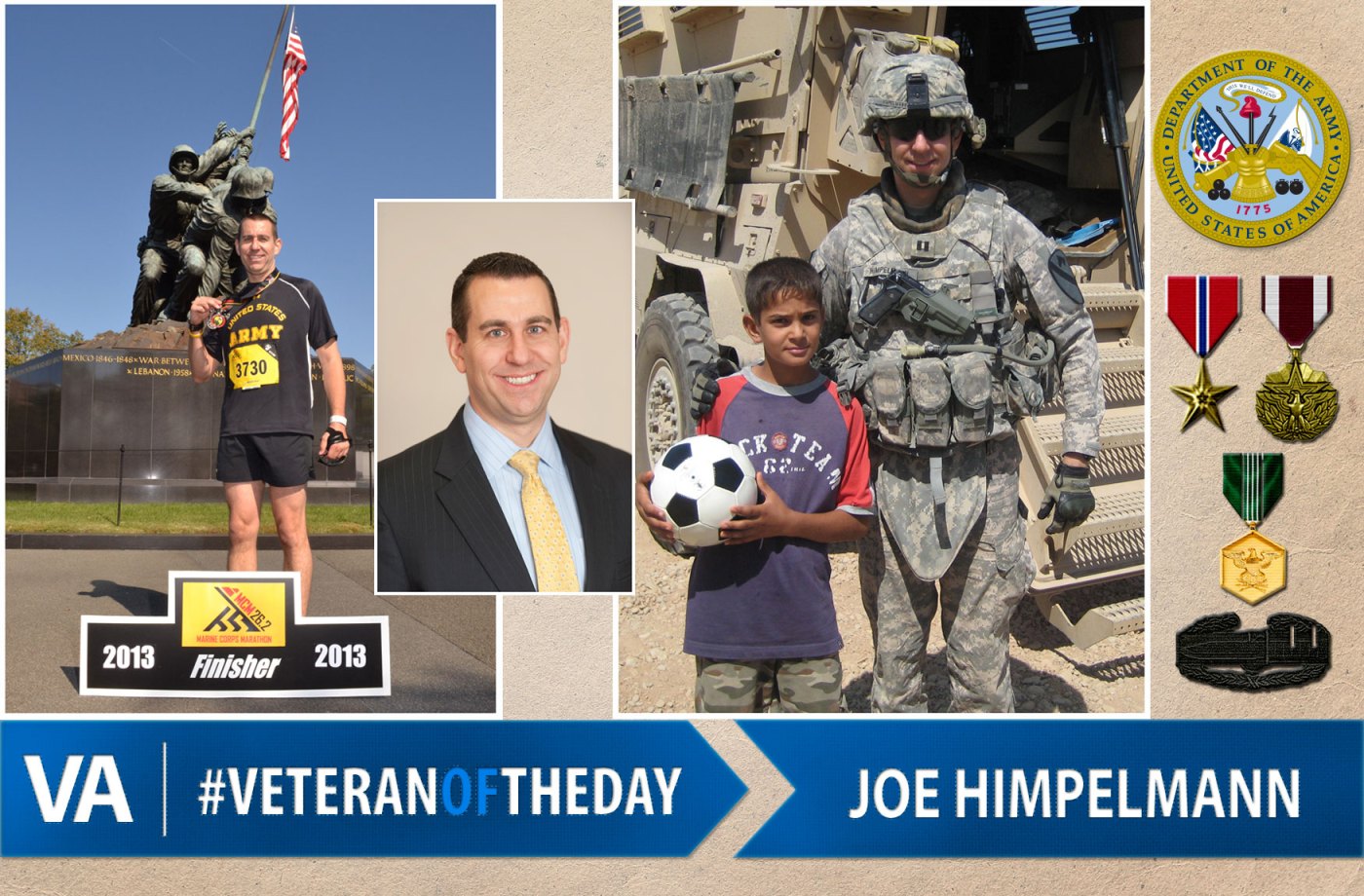 Joe joined the army in 2002. Over the next eight years, he served with the 10th Mountain Division and 1st Cavalry Division in field artillery. Joe deployed during Operation Enduring Freedom in 2003 and 2006, and Operation Iraqi Freedom in 2008.

The highlight of his military career was commanding the Soldiers of B Battery, 2-82 Field Artillery, 3rd Heavy Brigade Combat Team, 1st Cavalry Division while forward deployed to Mosul, Iraq in support of Operation Iraqi Freedom from December 2008 to December 2009.

Joe currently resides in Silver Spring, MD. He is the vice president of marketing for Sonic Healthcare USA. He’s also using his GI Bill to pursue an MBA at the University of Maryland’s Smith School of Business.

As an avid runner, Joe has completed two Marine Corps Marathons, as well as numerous other half marathons and races around the country.