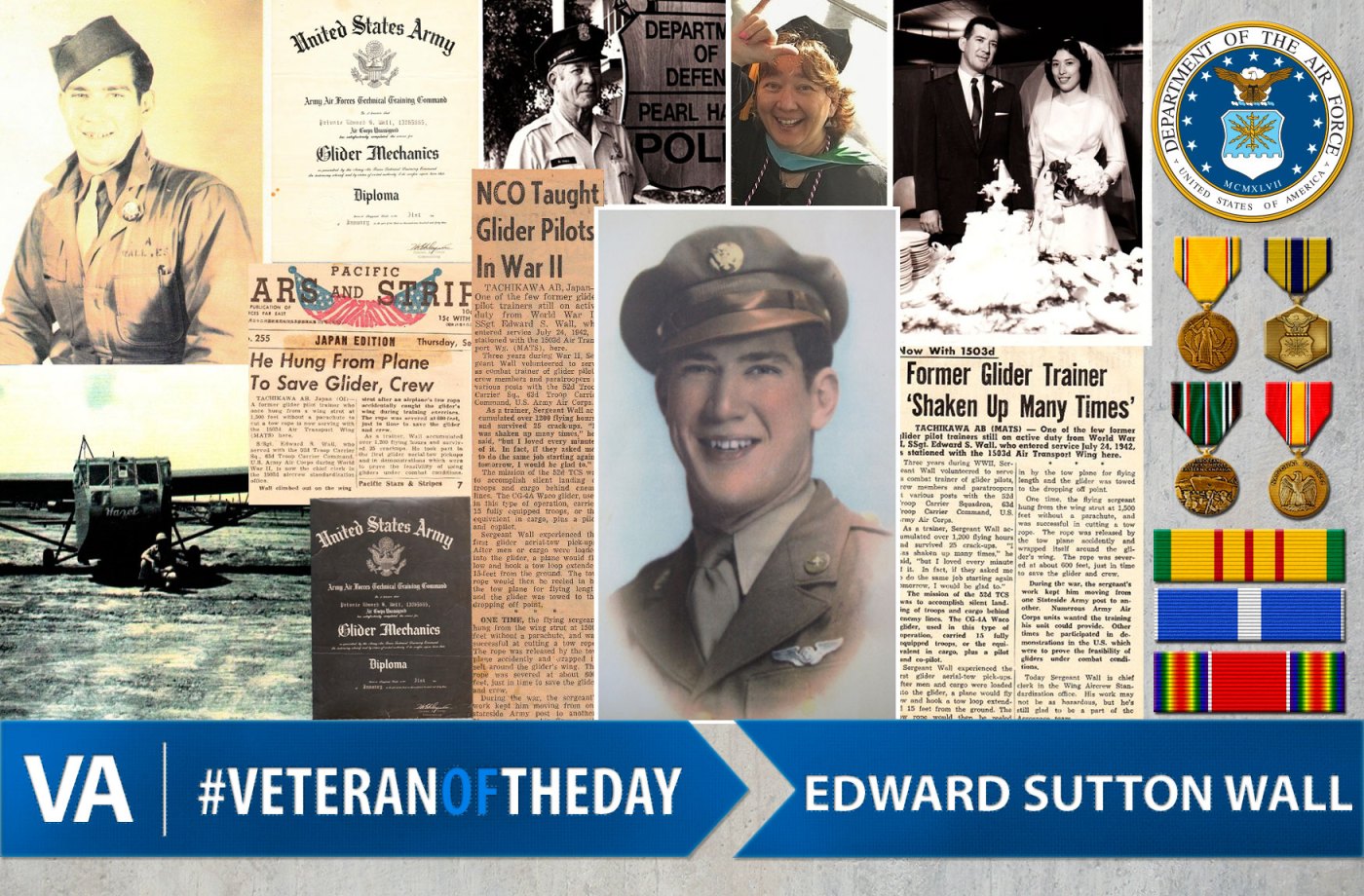 Edward joined the Army Air Corps in 1941. He served in World War II, the Korean War and the Vietnam War.

During WWII, Edward worked as a glider pilot, mechanic and trainer. He served with the 325th Glider Infantry Regiment, 52nd Troop Carrier Squadron. He also trained pilots who later flew gliders at Missoula and Lubbock.

Edward continued working in training throughout the Korean War. During Vietnam, he worked in C130 operations out of Tan Son Nhut Air Base.

Edward was later stationed in Japan at Tachikawa Air Force Base where he met and married his wife. Their daughter Karen was born there shortly after. Karen later joined the Army as a nurse, carrying on the family’s history of military service, which dates back to the Revolutionary War.

We honor Edward’s service, and thank Karen for hers.