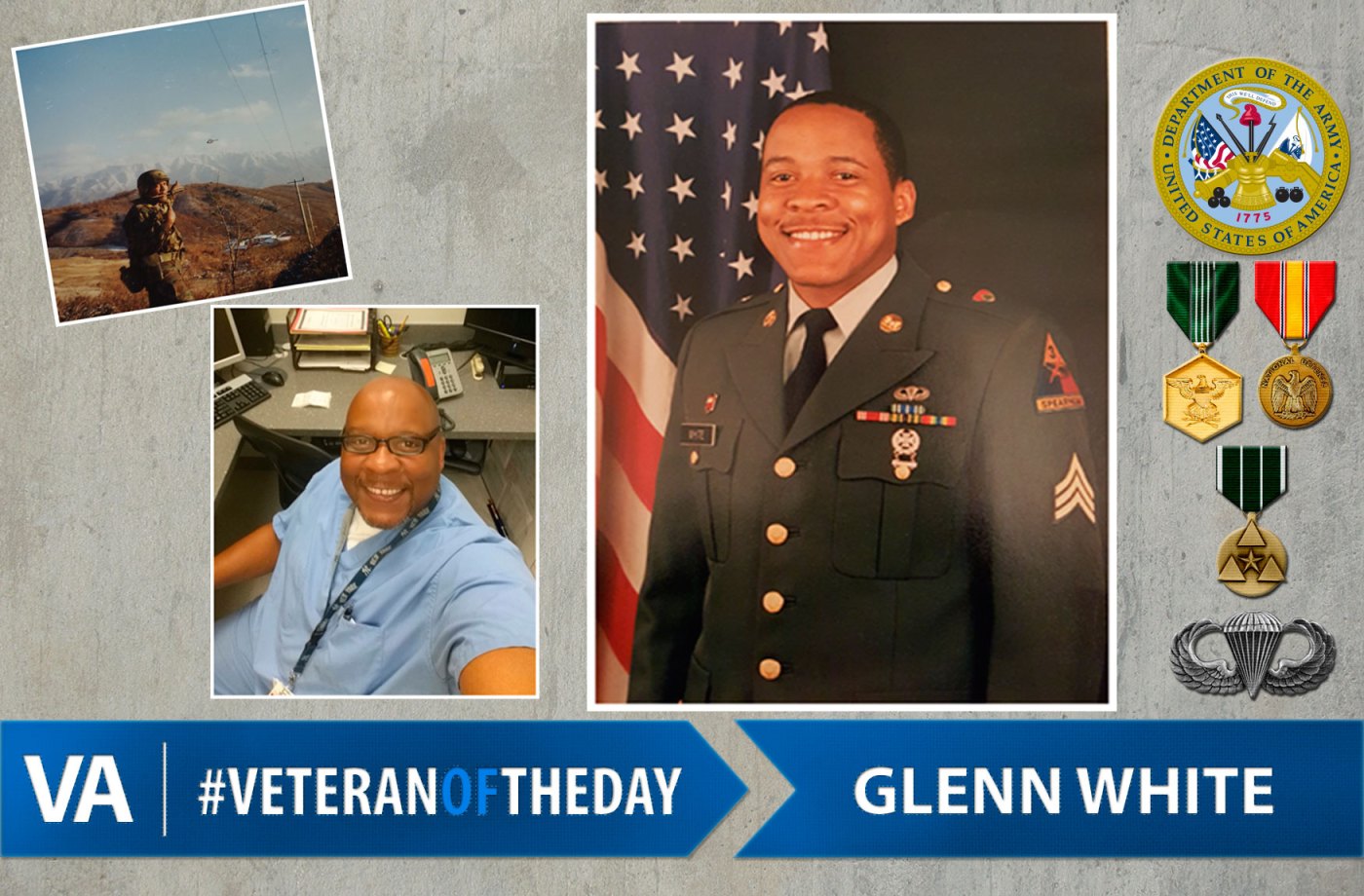 Glenn served in the Army for 15 years, from 1983-1998. He worked for the first eight years as a combat signaler, B company 507th 82nd Airborne Division. For the second half of his career, he worked as a combat engineer and AIT instructor. He served tours in Germany, Korea, Georgia, Texas, North Carolina and Missouri.

Glenn was deployed to Panama as part of Operation Just Cause, as well as the Persian Gulf War.

Glenn continues to serve his fellow Veterans at the Sacramento VA Medical Center where he works in the cardiology department as an EKG technician. Recently, while conducting an EKG, Glenn discovered his patient had a life-threatening arrhythmia. He immediately notified the cardiologist. Shortly after, the Veteran was scheduled for a special procedure.

Thank you for your service, Glenn!