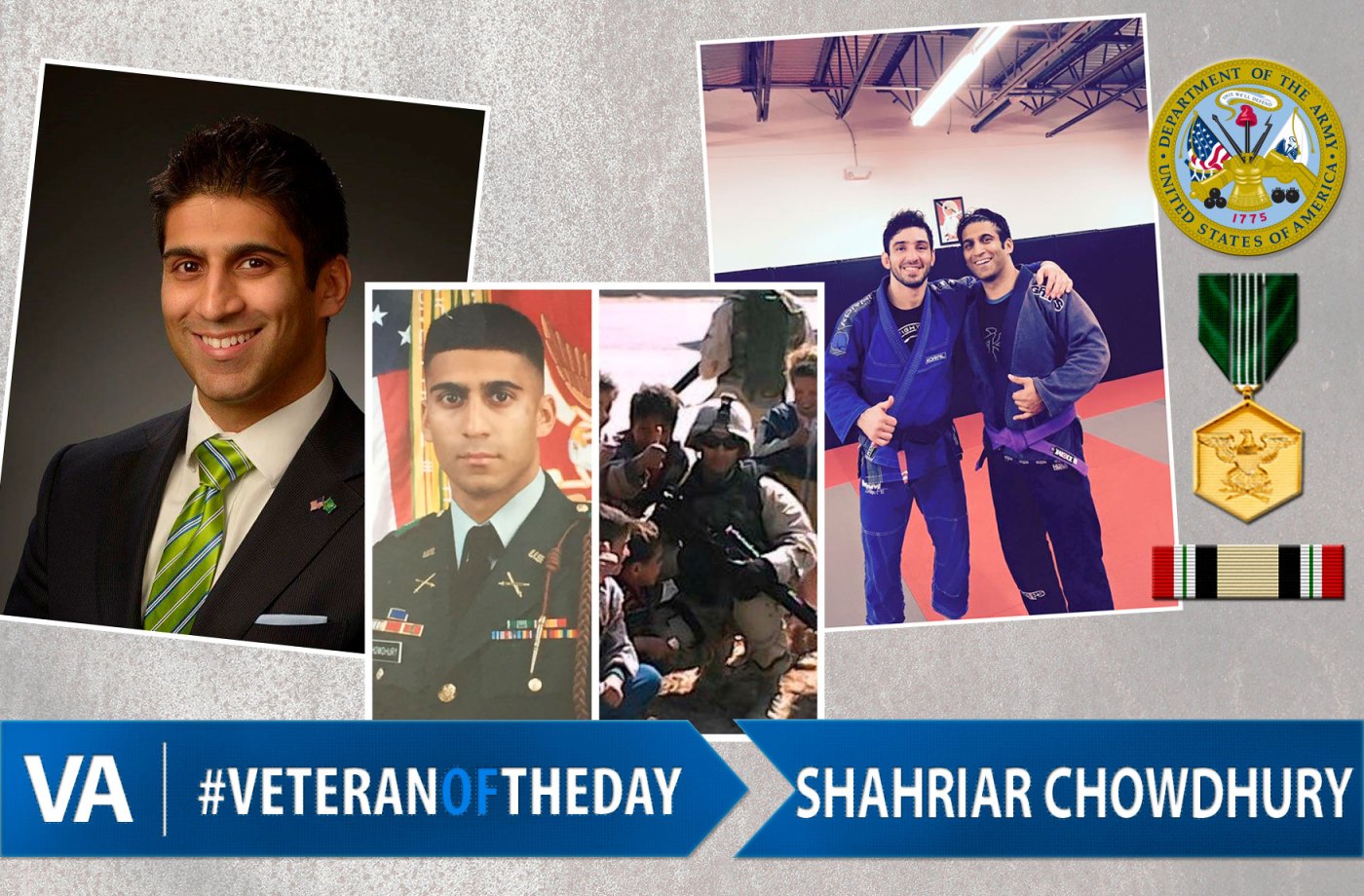 Shahriar served in the Army from 2001 to 2005 as a Field Artillery Officer.

He is a graduate of Fordham University where he was an ROTC cadet.

Shahriar did a tour in Baghdad from May 2003 to July 2004 in support of Operation Iraqi Freedom. He was also a part of immediate response in Novo SeloTraining Area of Bulgaria.

He says the highlight of his military career was being Platoon Leader and acting Commander of Bravo Battery, 1-94th FA while in Baghdad, Iraq.

After separating from the Army, Shahriar found a passion for Brazilian jiu-jitsu. He is currently a purples belt and an active competitor. He recently won bronze at the Pan-American No-Gi Championships.

He is also currently an MBA student at the Smith School of Business at University of Maryland.

Thank you for your service, Shahriar!