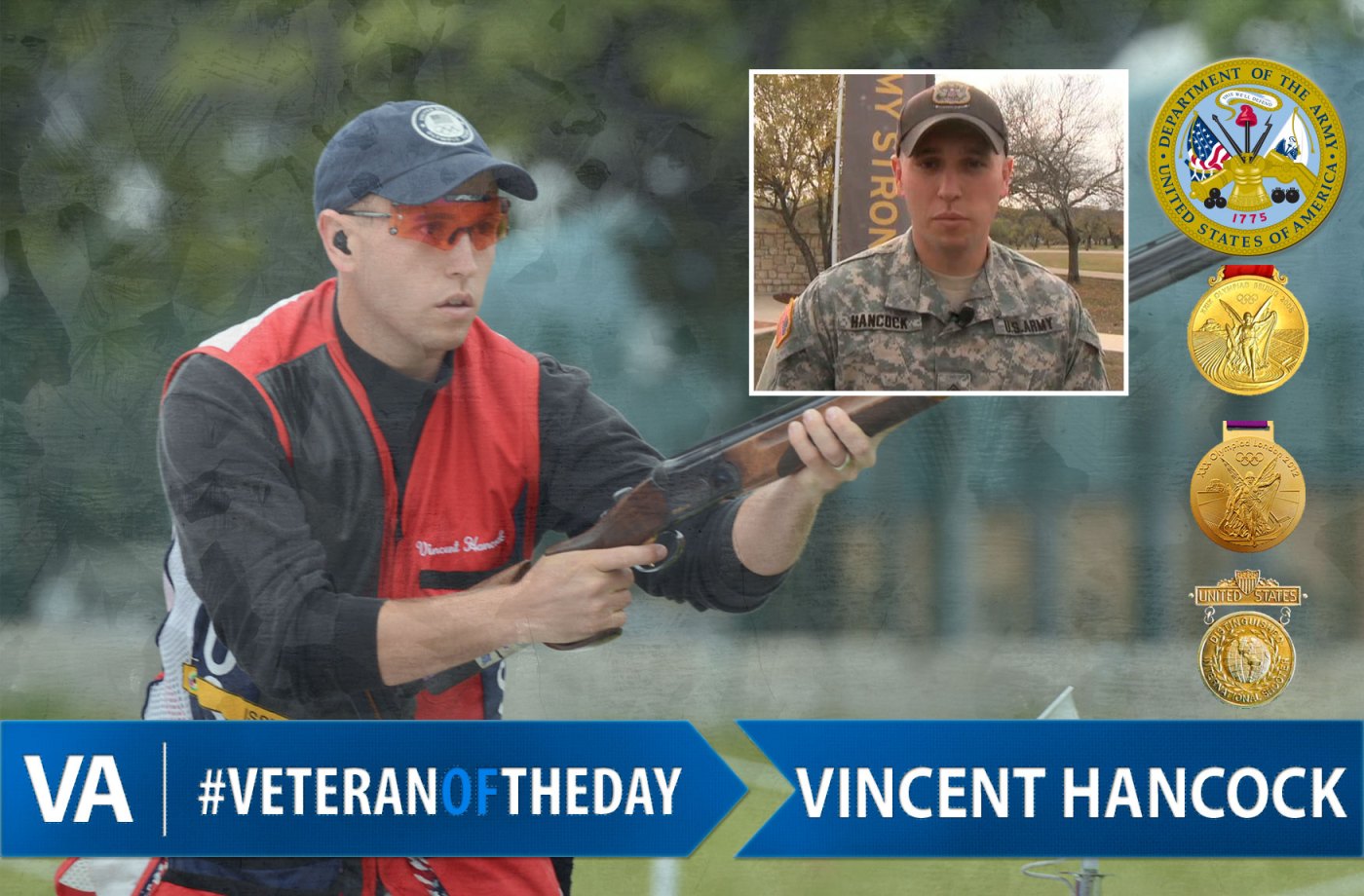 Vincent joined the Army in 2006 an earned the military occupational specialty as a Motor Vehicle Operator.

He was recruited to the U.S. Army Marksmanship Unit where he has had a very decorated career.

Vincent is representing the United States again at the 2016 Olympic Games in Rio where he will be pursuing his third straight medal in Men’s Skeet.

Thank you for your service, Vincent.