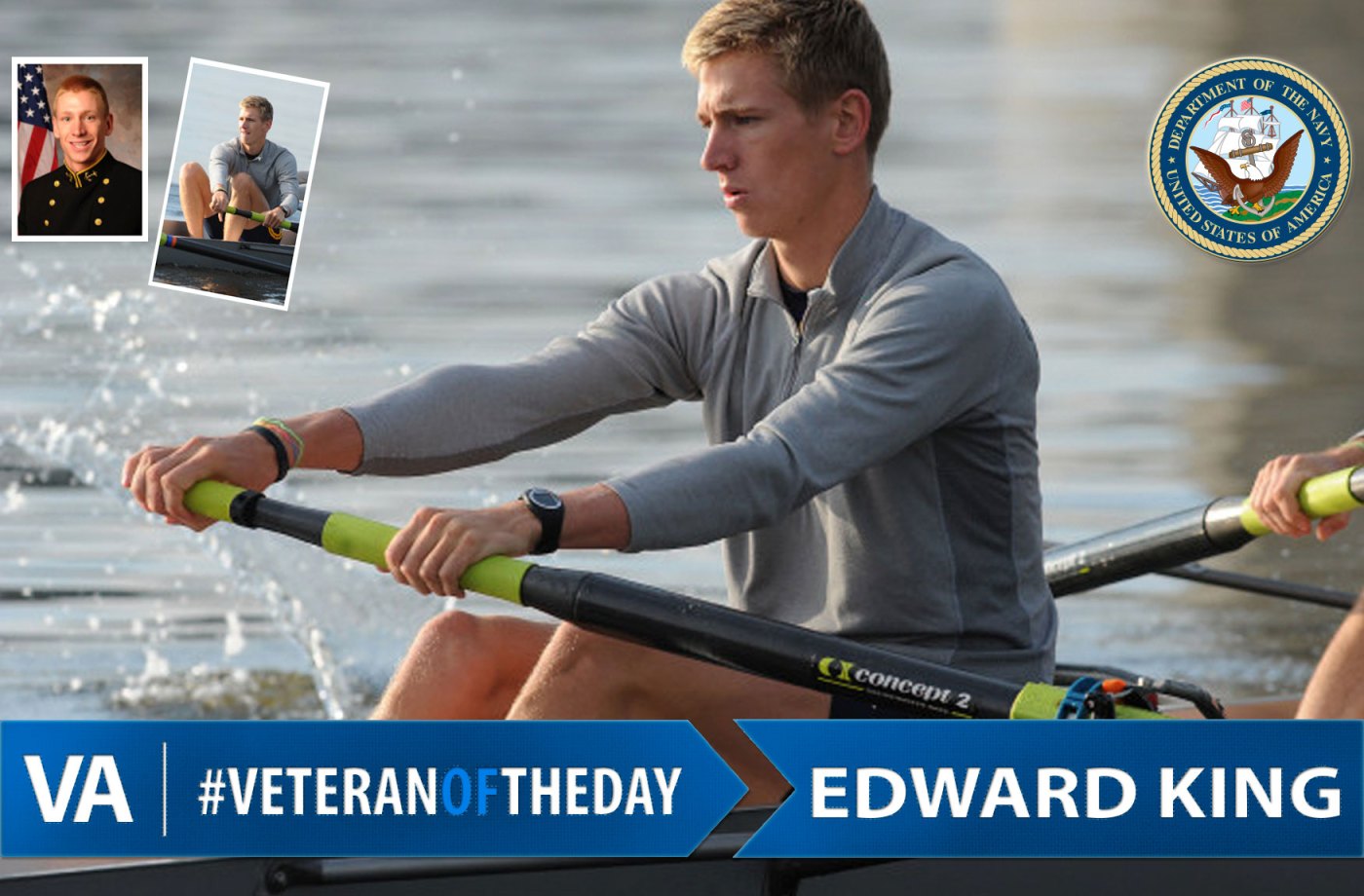 Edward is a member of the United States National Rowing Team and will be competing in the Olympic Games in Rio, Brazil. He joined the Naval Academy in 2007. After visiting the Academy for the first time, he immediately knew that this would be his home and couldn’t imagine himself going to any other school.

Edward had never rowed prior to joining the Naval Academy, but quickly rose to the top. During his time at the Academy, he earned top marks in three international competitions, eventually making the National Team.

Due to his service contract, he was unable to try out for the 2012 Olympics. After graduating from the Academy, he underwent SEALS training. He then returned to rowing and placed third at the World Cup 1 competitions that took place earlier this year.  He has been on extended leave to train for the Olympics.

His events will begin on August 6. King will be the first rower from the Navy to compete in the Olympics since the 1988 competition in Seoul, Korea.  After the Olympics, Edward will be returning to the Navy to fulfill the last year of his service requirement. He hopes to stay beyond this time, and feels that he owes much of his success to the Navy community for always being supportive throughout the process.

Edward, we thank you for your service. Good luck in Rio!