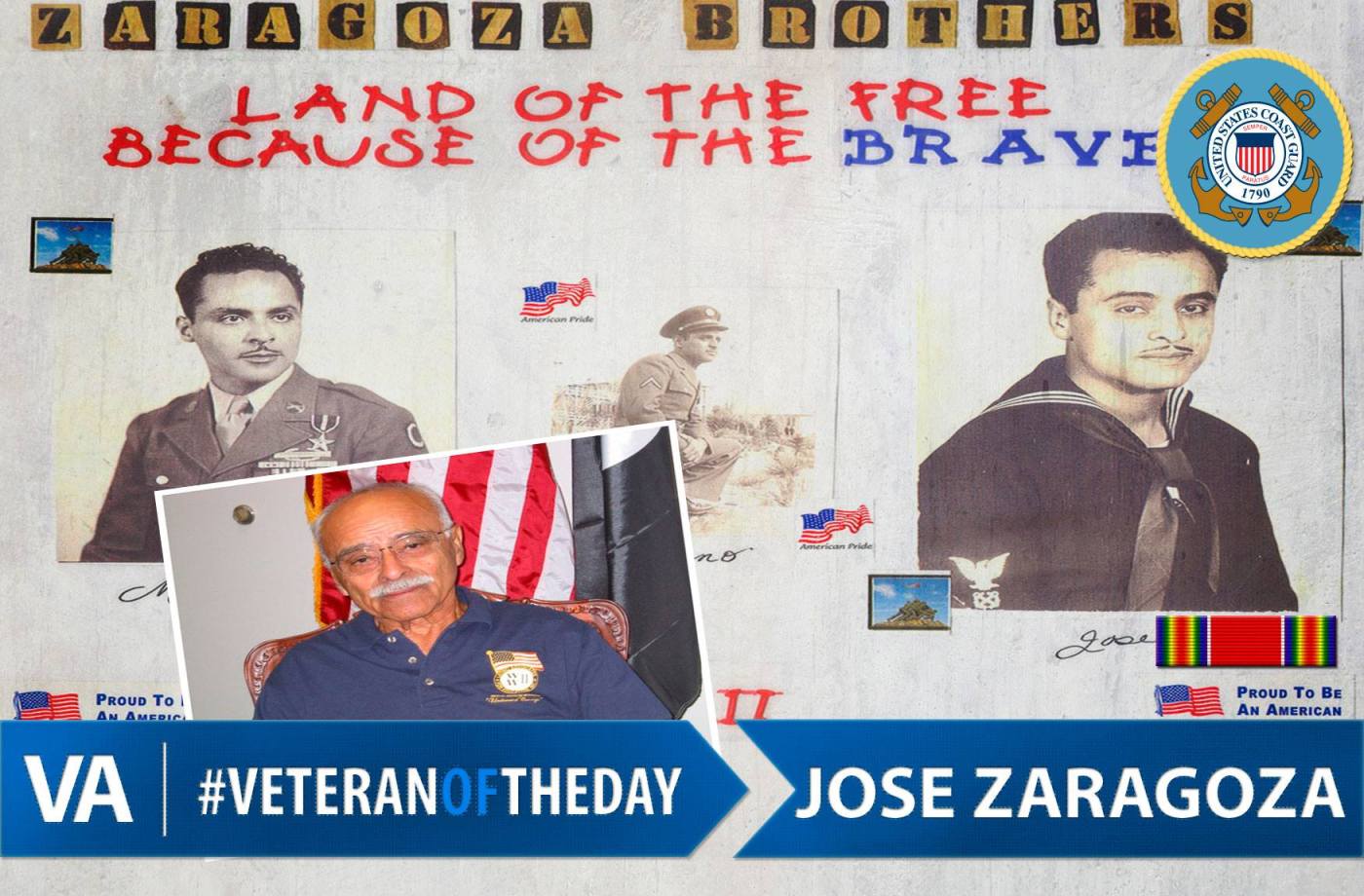 Jose Zaragoza was a Radarman of the United States Coast Guard and served during World War II.

Jose was the son of two Mexican parents who had immigrated to the states in an attempt to escape the violence of the Mexican Revolution.  Born in Los Angeles, he moved to Northern California at age nine, and was raised there for the latter part of his childhood.  Growing up, Jose faced much discrimination, as Latinos were looked down on and considered useful only as ‘hired hands’.  To make matters worse, the Depression affected the Zaragoza family, forcing them to move back to Los Angeles. Jose worked at a shoe repair shop, earning six dollars per week.

Despite his rough conditions growing up, he joined the Civilian Conservation Corps at 18-years-old, carrying out community service duties. After the Pearl Harbor attack, Jose’s patriotism shown through and he readily volunteered for the United States Coast Guard. He patrolled the Pacific coast, defending the area from possible invasion by the Japanese.  When the threat subsided, he went to radar school where he would learn the skills of Loran navigation, which was highly secretive and new at the time, and eventually earned the rank of Radarman 3rd class with the 335th Pacific Fleet III. He was part of a 26-man crew that flattened the largest island at Ulithi atoll, and used it as both an airfield and naval port. Jose manned a tracking station outpost, watching for any enemy threats until the war ended.

Jose was honorably discharged in March, 1946. His two brothers had also served during World War II; one of them enlisted right when the war started, but was sent home due to injury, and the other served in the Army as a medic.

After returning from war, Jose lived a happy and modest life working at his brother’s grocery shop, and performing electrical maintenance at a local community college until he retired. Jose passed away on May 16th, 2010.

We honor Jose and his brothers for their service.