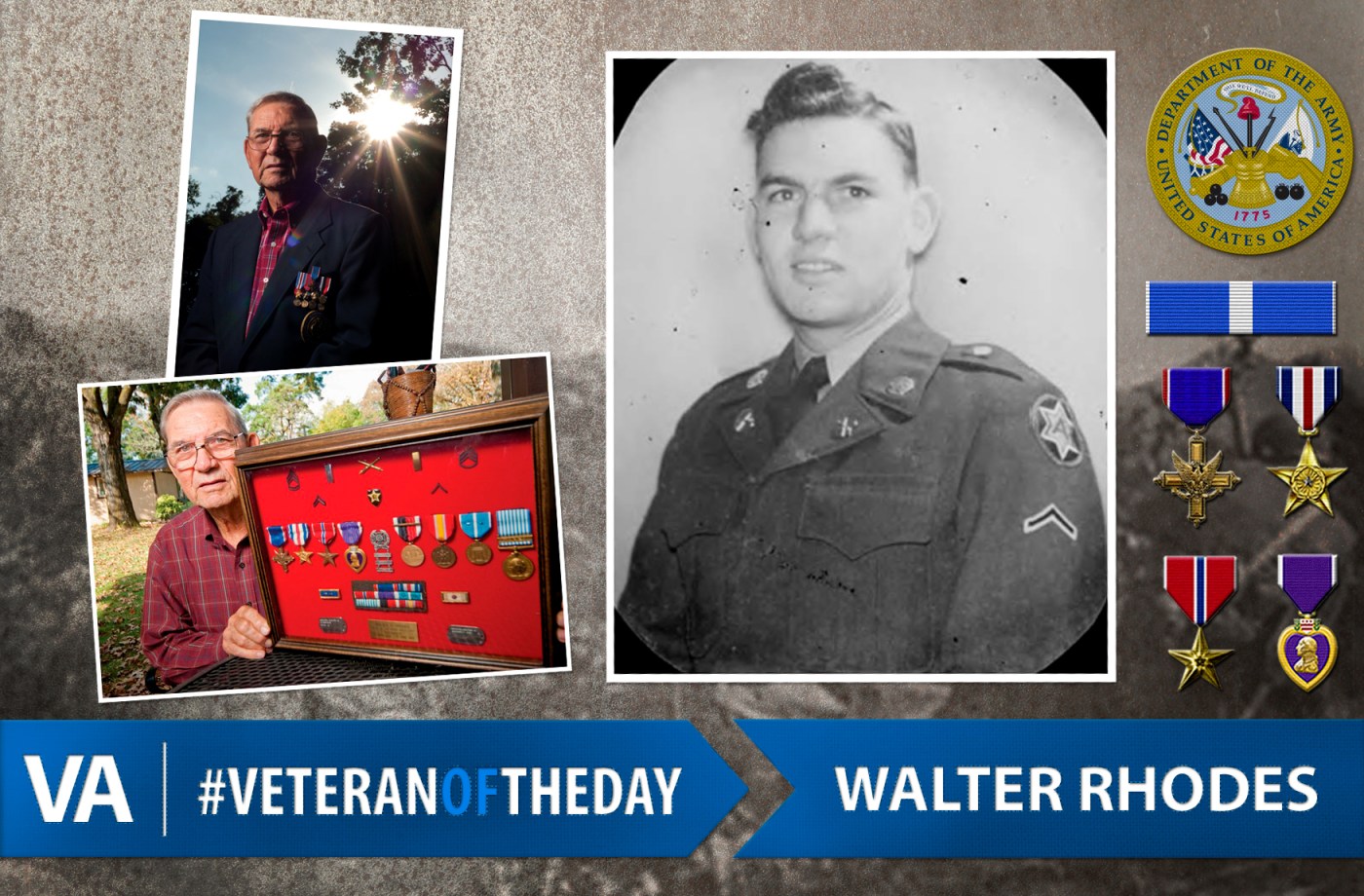 Walter was born in Pecos, Texas in 1928 and graduated from Glen Rose High School in 1947. After graduating, he didn’t find a suitable job, so he and a friend decided to visit the Navy recruiter’s office. Walter realized that he did not like ships and being out at sea, and when the recruiter requested that his friend bring a parent’s signature, they decided to go next door and join the Army instead.

Walter became a forward observer who could direct artillery fire. When the South Korean army was invaded by communist North Korea, Walter was shipped to Pusan. The UN forces held only a small region of the port in the southeastern coast. On May 17, 1951, the area was overrun by the enemy. Though Walker does not have a good memory of the combat battles, he is credited with offering cover fire and killing at least four enemy combatants, which allowed the two men he was with, an officer and radioman, to escape to safety. Walter stopped firing only after he ran out of ammunition and could fire no more. He was awarded the Silver Star for valor.

Over a year later on Sept. 22, 1951, he displayed yet another incredible act of valor in the Battle of Heartbreak Ridge in North Korea. The friendly forces tried to fight their way to the top of a steep slope, but were repelled by heavy enemy mortar and artillery fire from the top. Walter moved forward to an exposed position that allowed him to direct artillery fire more efficiently. However, he realized that artillery power would not be possible in such close quarters, and that the infantrymen at the top needed more ammunition. Without much concern for his own life, he voluntarily carried ammunition up the slope, and carried the wounded to safety on his way down. After several rounds, he moved to the hot spot of enemy fire, rifle in hand, and fired at the enemy forces with deadly accuracy. His comrades drew strength from his courageous actions and were able to successfully repel the enemy.

He was seriously wounded a few days later when a tree near his position was struck by mortar fire with a white phosphorus round, causing him to almost lose his left eye. For his actions in combat, Walter was awarded the Distinguished Service Cross.

After his military service, he returned to Saline County, Arkansas, and for the next 35 years he worked several different positions, including as a operations supervisor. He is an active member of the Military Order of the Purple Heart, American Legion, Arkansas Veterans Coalition, Disabled American Veterans, Korean War Veterans Association, National Order of Battlefield Commissions, and helped to build a church camp at 84 years of age.

Thank you for your service, Walter!