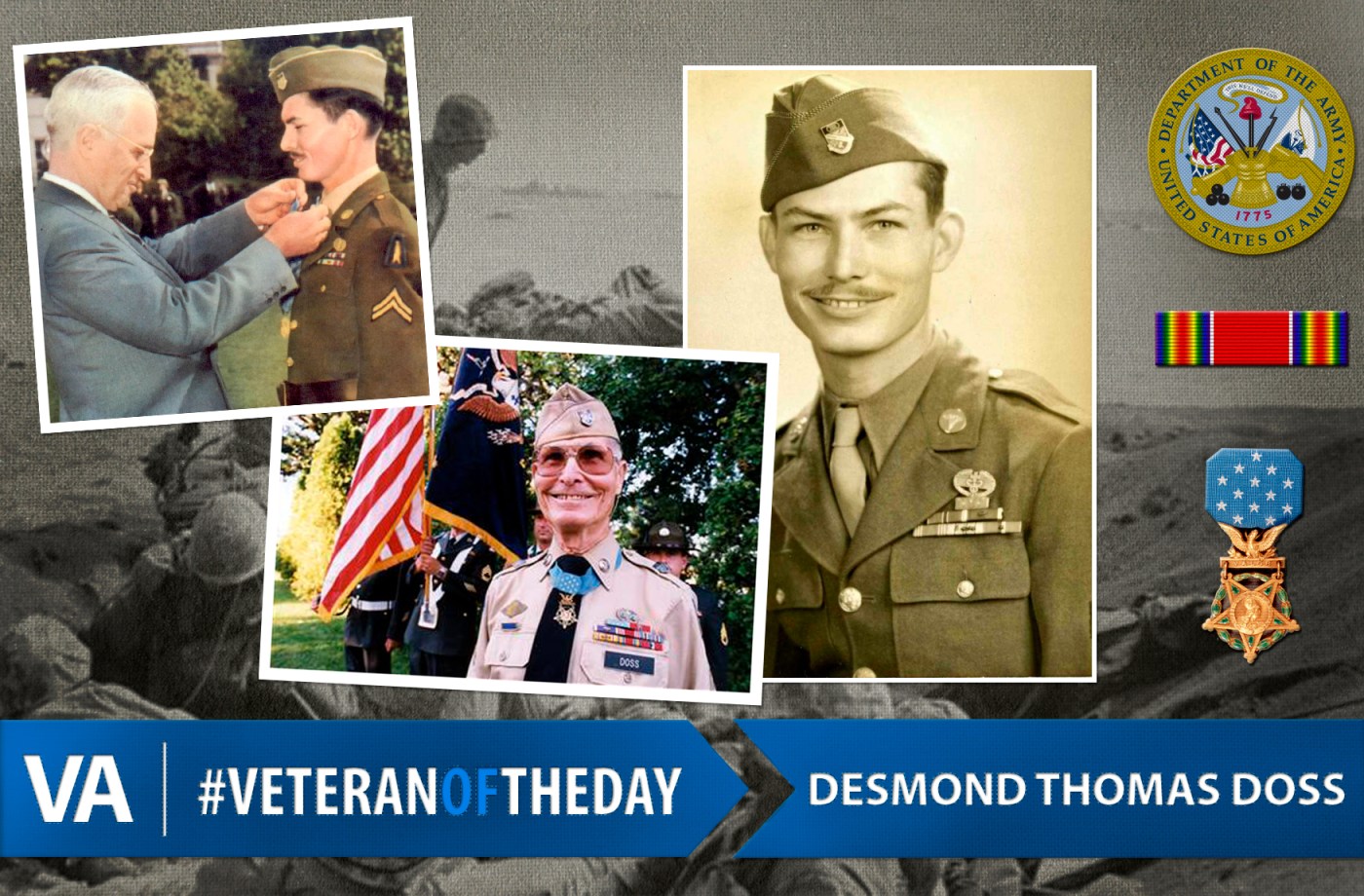 Born on February 19, 1919 in Lynchburg Virginia, Desmond grew up as a Seventh-day Adventist, a religious denomination whose sixth commandment is “Thou shalt not kill.” Naturally, joining the Army would probably not be something Desmond would voluntarily do. But when he was drafted into the Army on April 1st, 1942, Desmond had no choice.

Desmond asked for non-combatant status, but at the time, there was no such thing. His next best option was to be a conscientious objector, or else he would be court-martialed if he refused to bear arms or work on his Sabbath day. For the next two years, he worked in training camps around the states, training others to take care of the wounded. He was eventually put in the infantry overseas as an infantry medic, on the front lines with the other soldiers, except for one thing — he had no means of protecting himself. He risked his life to treat the wounded as they fell.

His fellow soldiers heavily relied on him as he saved many lives during World War II in Guam, Leyte and Okinawa, with Okinawa being his most admirable feat. On May 5, 1945, which Desmond calls his “miracle day,” he saved 75 lives by lowering them from the top of the Maeda Escarpment to safety.

The U.S. Army was fighting for the Maeda Escarpment, which was 400 feet high. Soldiers had to climb cargo nets to reach the top of the overhang. When they reached the top they were faced with heavy opposition from the Japanese, who were dug in on top of the hills hiding in caves and camouflaged holes. The difficulty of fighting the Japanese in that state left dozens of wounded American Soldiers pinned at the top of the hill. Desmond had gone up with his comrades and could have gone down by himself, but his conscience would not allow him to do so. Empty handed and vulnerable, he spent the next few grueling hours near the edge of the cliff, tying wounded soldiers to a rope and letting them down to safety. Amazingly, no one was killed in combat.

Desmond was awarded with the Medal of Honor by President Harry S. Truman on October 12, 1945. Because of Desmond’s selfless bravery, 75 lives were saved. He was wounded three times, diagnosed with tuberculosis, lost a lung as a result, and spent five years in the hospital for treatment. He passed away in 2006 at his home in Piedmont, Alabama. “Hacksaw Ridge,” a feature film based on his life, will be released later this year.