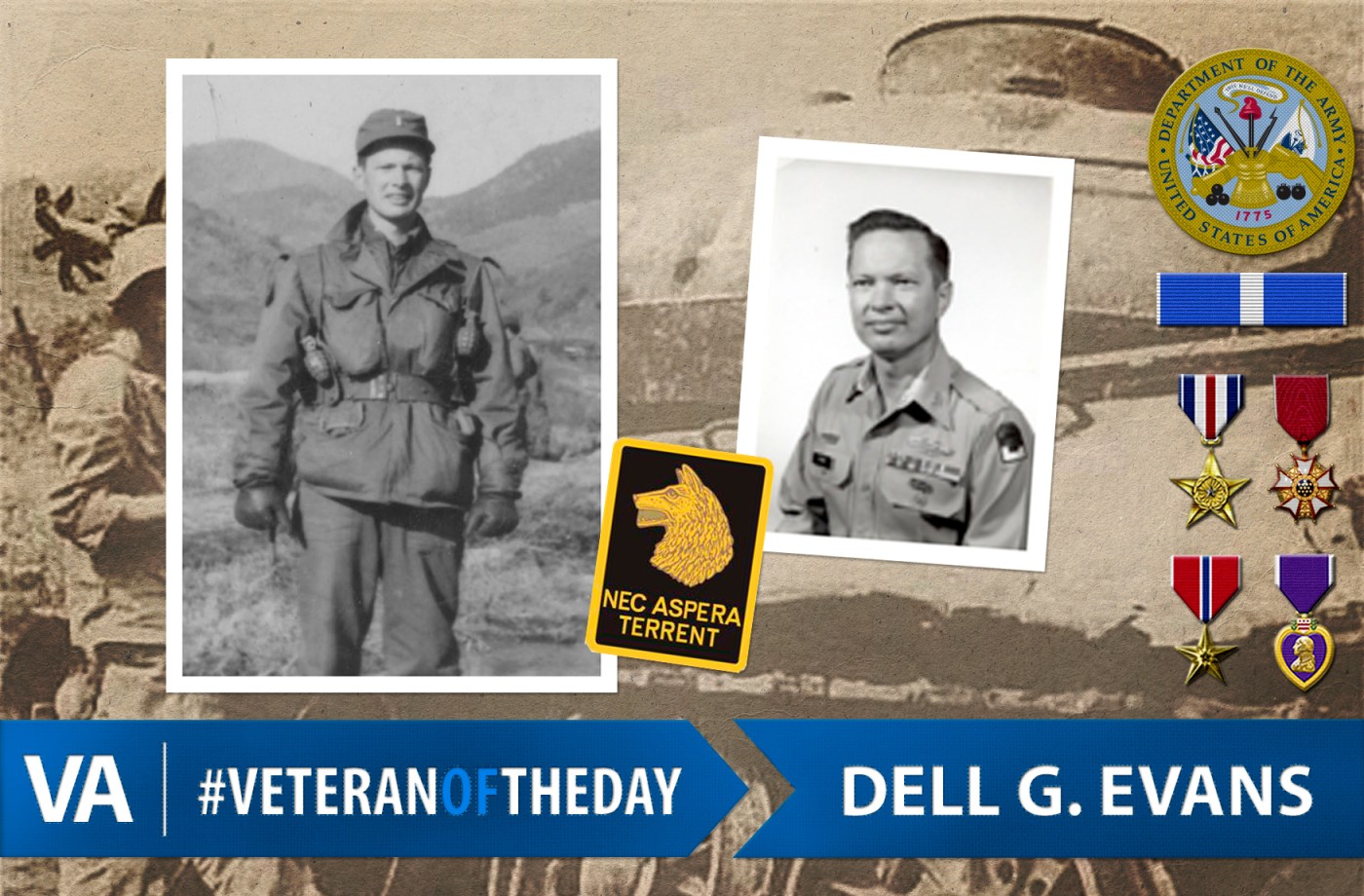 Dell was born in Weber Falls, Oklahoma on February 2, 1927. He was drafted after he graduated from high school in 1945, and completed a year of airborne training before being discharged. He studied at Henderson State University for the next two years, and enrolled in the ROTC program, which lead to a reserve commission as a second lieutenant.

With the start of the Korean War, Dell was called for duty and served 14 months as platoon and company leader of the Wolfhounds, 27th Infantry Regiment, 25th Infantry Division, commanding two tank companies, an armored Cavalry troop, and headquarters unit. Though not much is documented about his specific actions during combat, he was awarded three Silver Star Medals for gallantry in action, the Bronze Star for Valor and heroic achievements, the Purple Heart, Legion of Merit, and three Commendation Medals in recognition of his combat and leadership qualities.

After the war, he remained in the military and worked with U.S. Army intelligence and advised the imperial inspector general at a large Army installation. Among other things, he planned, organized and wrote emergency defense plans for the Army. At Fort Benning he taught leadership and map reading, and created a day and night compass course. After 23 years of military service, he retired in 1970 and moved to Arkansas. For the next 18 years, he worked as a real estate agent and broker.