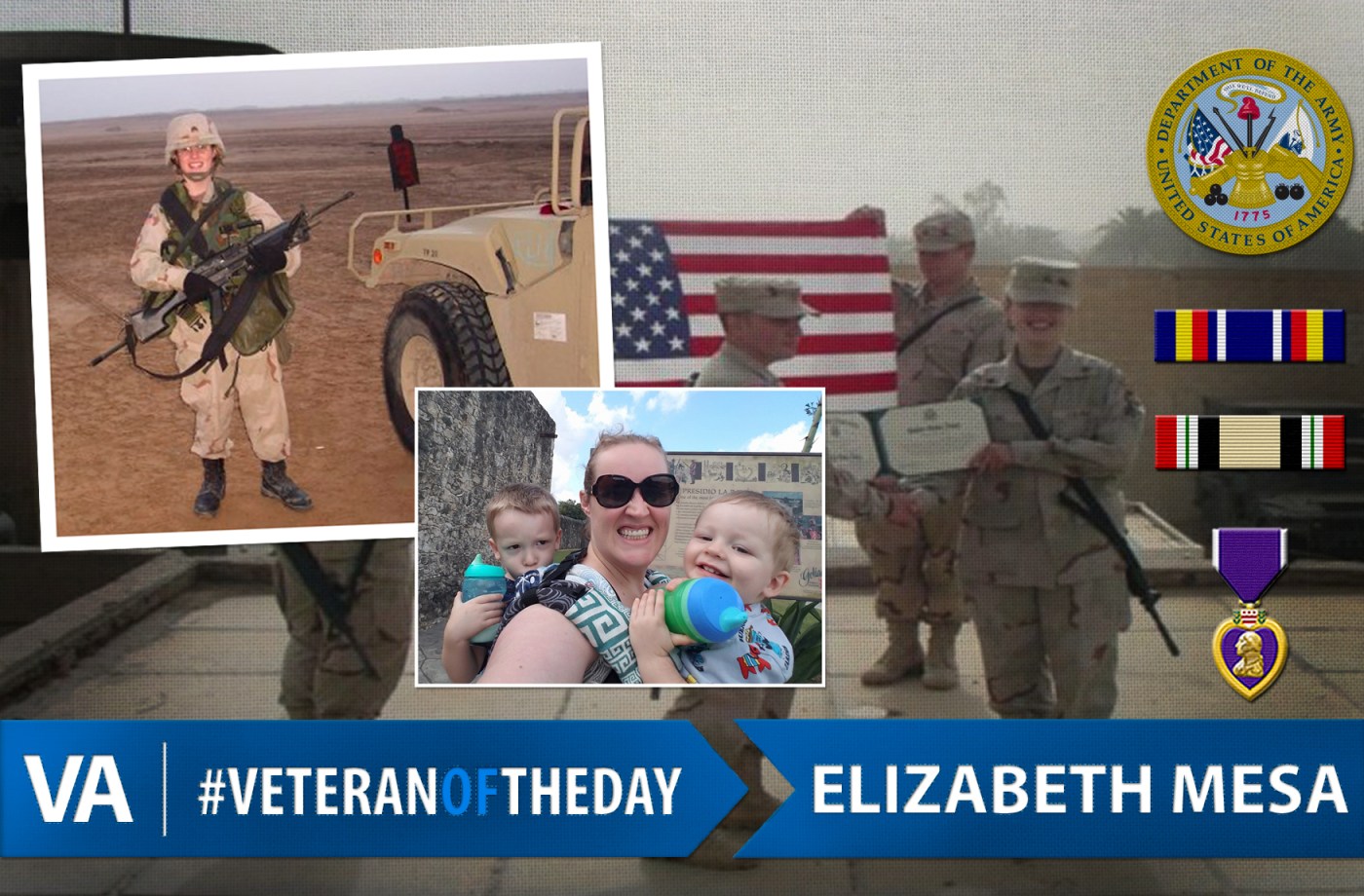 Beth joined the Army in April 2000 and attended basic training in Fort Leonard-Wood, Missouri.  She attended advanced training as a counter-intelligence agent in Fort Huachuca, AZ, and was stationed at Camp Humphreys, Korea.  She was promoted twice and left there as a specialist. Her next duty station was Fort Gordon, Georgia, where she deployed to Camp Doha, Kuwait, then to Iraq. Shortly after re-enlisting, she was deployed again.

During a trip to Baqubah, Iraq, Dec. 4, 2004, the vehicle she was riding in hit a roadside bomb. She suffered multiple injuries and was medically evacuated to the hospital in Balad. Her driver, unfortunately, did not survive the incident.

After leaving service, she got married and moved to Arizona where she went to school and earned her associate of applied science as a paralegal. She now lives in southern Texas with her husband and two children, and works for the University of Houston–Victoria.  She is currently working on her bachelor’s degree.

Thank you for your service, Beth!