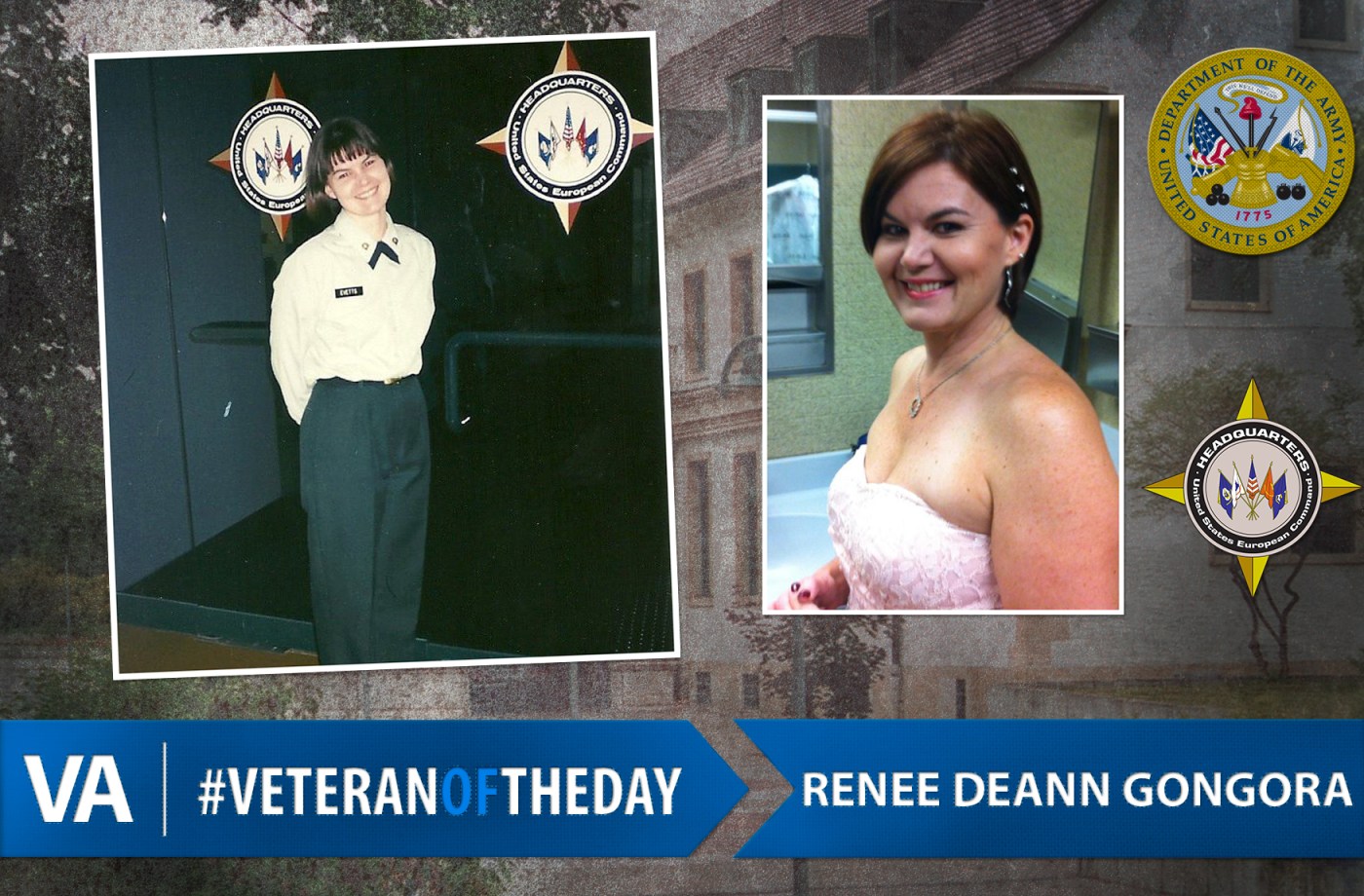 Renee joined the Army in July 1996 as a private first class because she attended college for two years prior to her enlistment. She began basic training was in Fort Jackson, South Carolina as an executive administrative assistant, 71L. She graduated on the Commandant’s List in March 1997.

Her first duty assignment was Fort Drum, New York. She was told she would spend her remaining time of enlistment at this station. She served under the commanding general for a short time, and then was transferred to the Division Support Command unit. She was promoted to specialist during this assignment in February 1998. She earned the Army Achievement Medal from the 10th Division Support Command (Light Infantry Unit) in June 1998. Six months into her tour at Fort Drum, she received orders to Stuttgart, Germany.

Renee was to serve the remaining three years of her contract at U.S. European Command Headquarters. She completed one year and was honorably discharged in the fall of 1999.

After her time in military service, she continued her public service as an educator. She has been a teacher in public schools for 10 years and worked as a sign language interpreter since 1993. She received a service award in graduate school for working on a federal grant with deaf students transitioning to work, and has taught at the college level in the interpreting programs. She teaches deaf education, special education, American Sign Language, and recently became certified to teach English as a Second Language learners.

Renee has an associate’s degree in interpreting for the deaf from Tarrant County College, a bachelor’s degree in applied arts and sciences from University of the Incarnate Word, a Master of Education Intervention Specialist, deaf education from Kent State University, and an Educational Specialist degree in Teaching and Learning from Liberty University.

Thank you for your service, Renee!