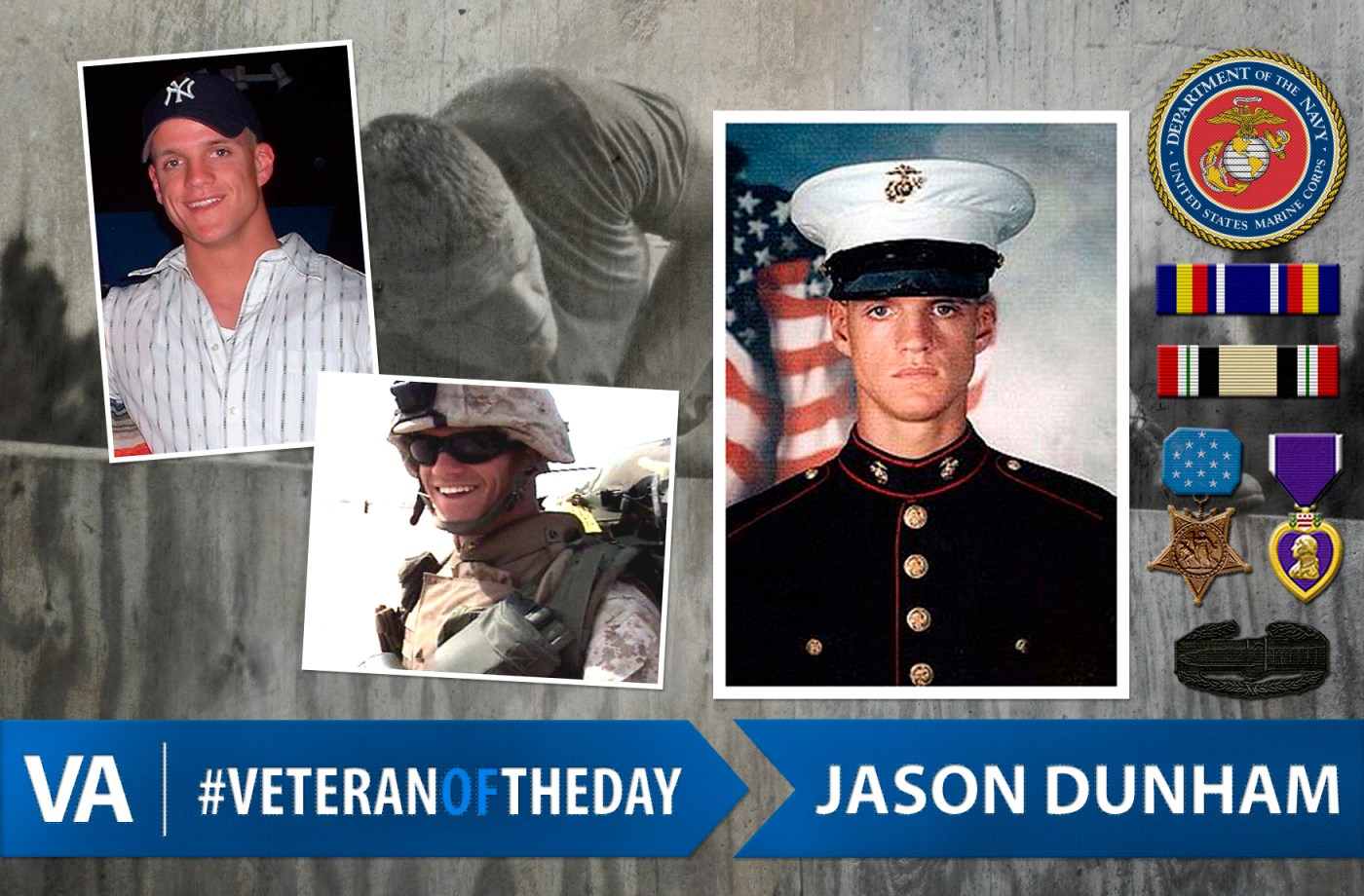 Cpl. Jason Dunham served during the Iraq War with the 3rd Battalion, 7th Marines. He was posthumously awarded the Medal of Honor for deliberately falling on a grenade, using his own body as a shield to save him fellow Marines.

Jason was born on November 10, 1981 in Scio, New York, which was coincidentally the 206th anniversary of the founding of the Marine Corps. He joined the Marine Corps after graduating from Scio High School in 2000, and served as a security force sentry at Naval Submarine Base Kings Bay, Georgia, until 2003. In 2004, he was deployed to Iraq and stationed in Al-Karabilah, where he served as squad leader.

On April 14, 2004, Jason and his anti-armor team were conducting a reconnaissance mission in Al Karabilah, investigating the scene where the battalion commander’s convoy was attacked. They were met with enemy fire, and Jason ordered his troops to dismount their vehicles and to instead travel on foot. He discovered seven Iraqi vehicles that were attempting to depart and stopped them for search. Suddenly, an insurgent leapt out of a vehicle containing AK-47s and attacked Jason. While the two were engaged in hand-to-hand combat, the insurgent dropped a live grenade. Jason valiantly jumped on the grenade, using his body and helmet to absorb the blast, shielding his comrades from fatal harm.

Jason saved the lives of three fellow marines, but ended up sacrificing his own in return. He was mortally wounded from the grenade explosion; he had suffered irreparable brain damage due to shrapnel piercing his skull, and died eight days later. His selfless actions went far beyond the call of duty, and he was awarded the Medal of Honor and a Purple Heart. He was the first Marine to receive the Medal of Honor for actions in the Iraq War, and the first to receive it since the Vietnam War.