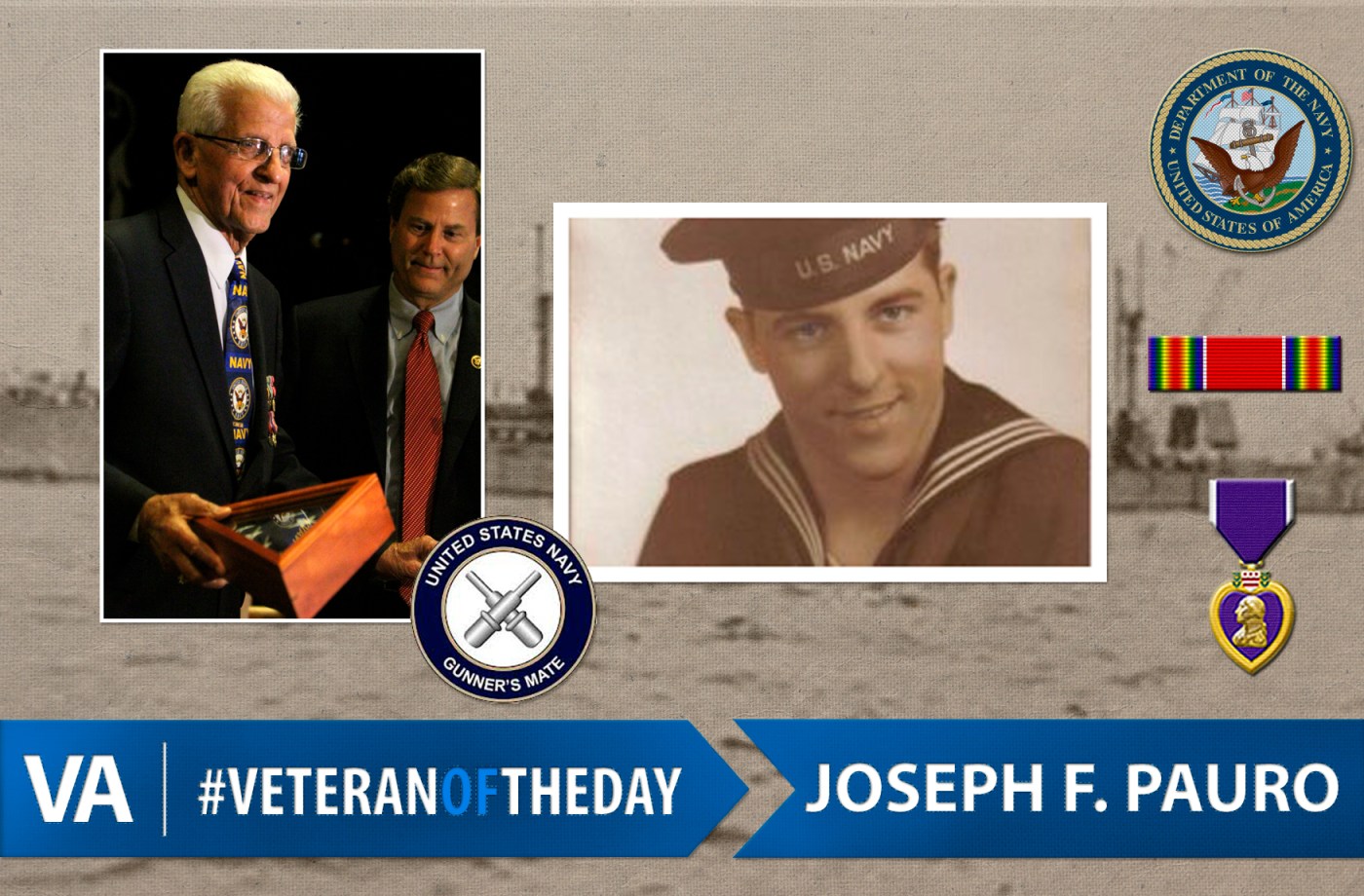 Joseph served as a Navy gunner during World War II for almost 4 years.

Joseph, a South Jersey native, decided he wanted to join the Navy at just 17 years old, to which his mom reluctantly authorized. As with any mother, she was worried that he could die in combat. Her worries were not ill-conceived, as Joseph nearly died twice.

He reported for service on March 4, 1943 and was assigned as a gunner’s mate on the S.S. Henry Knox. He served as U.S. Navy Armed Guard on Liberty ships, which were operated by the merchant marine and transported all types of cargo across the oceans for the war efforts. The Henry Knox was torpedoed by a Japanese submarine. Suffering from burns, he and his comrades jumped off the burning ship. There he drifted for nine days amid storms, caught rainwater with his mouth, encountered sharks and finally landed in the remote Maldive Islands inhabited by friendly but primitive natives who spoke no English. After recovery, he was assigned to protect the S.S. Juan De Fuca. That vessel was also sunk on a reef off Mindoro Island in the Philippines Dec. 31, 1944, by a torpedo dropped by a Japanese plane. The entire crew rowed lifeboats safely to shore but lived in foxholes and tents for three weeks under aerial attack.

He was honorably discharged from the military on August 10, 1946 and received a Purple Heart. After the war, he worked as a printer, and later at a funeral home until he was 84 years old. He lives with PTSD, and although his symptoms have eased, he is still prone to night terrors. Joseph is now 90 years old and has spoken at several conventions about his war-time experiences, and feels it is his duty to educate others on what is it like to be in a war.