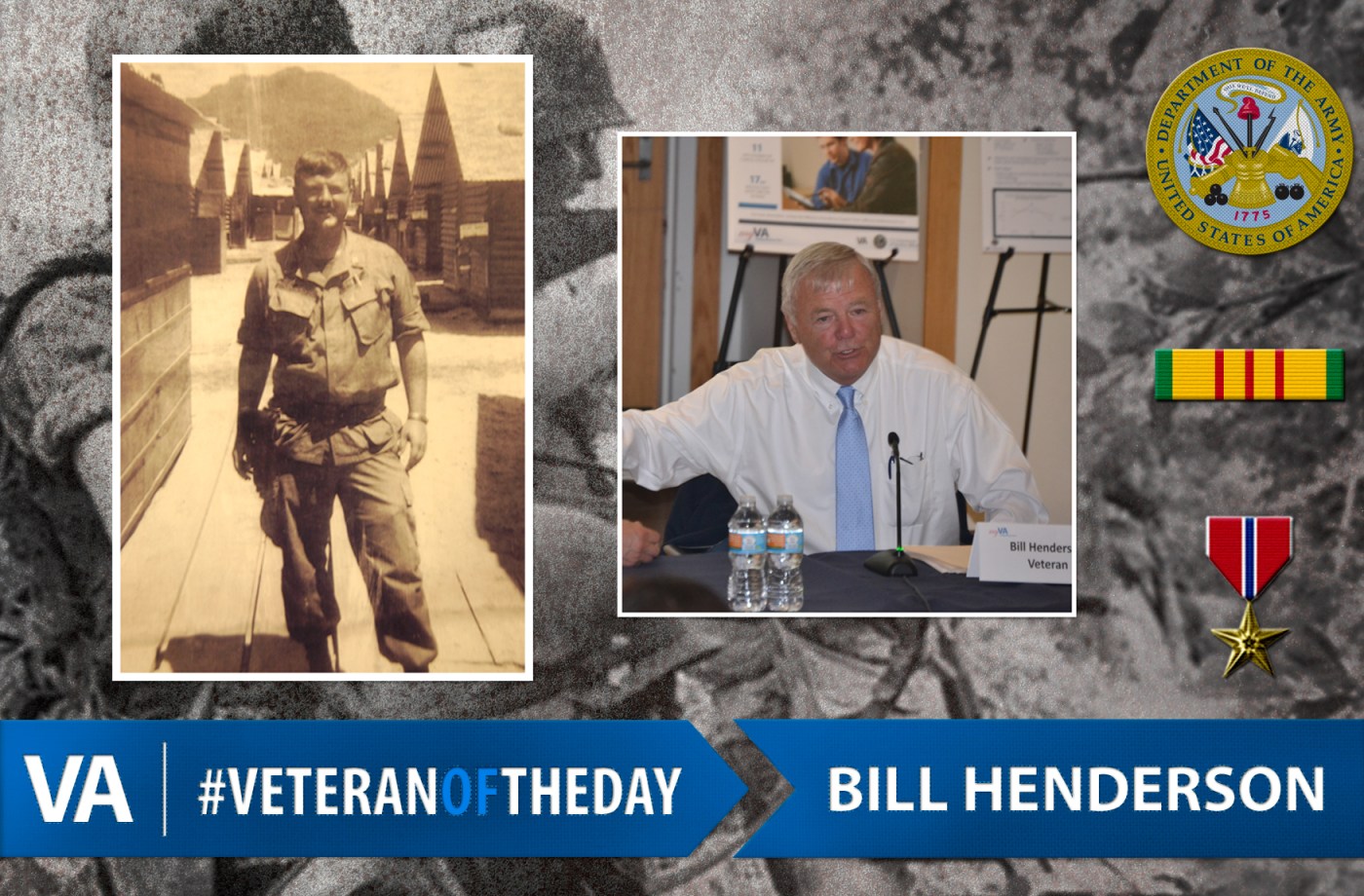 Born a “Navy brat” to a Navy aviation mechanic mother, and to a Navy pilot father, Bill Henderson spent his first two years at Guantanamo Bay Naval Base, Cuba. His brother, Dan was born there.

Bill served in the U.S. Army in Vietnam from 1969-1970. He was awarded the Bronze Star Medal, and after a year of deployment returned home to meet his six month old daughter for the first time.

Under the GI Bill, he completed his bachelor’s degree and went on to receive his master’s degree in public administration at Suffolk University.

He worked 27 years in hospital administration as director of public relations, hospital spokesperson and executive director of Philanthropy at three Boston greater Boston hospitals: Boston Health and Hospitals, Quincy Hospital and Carney Hospital, the first catholic hospital in New England. Founded in 1863, Carney was noted for caring for Civil War veterans, during and after the war.

He serves as the quartermaster and treasurer at VFW Post # 1787. He is senior vice commander of DAV Chapter #50 . Both organizations benefit VA patients at the Brockton campus of VA Boston Healthcare System.

In the community, he is president of the Hull Conference of the Society of St. Vincent de Paul. He was elected to the Hull Parks and Recreation Commission in the 1970’s served five  years, three years as chairman. He is also active in his Catholic parish.

Bill has been married 47 years and has 4 children and 6 grandchildren.