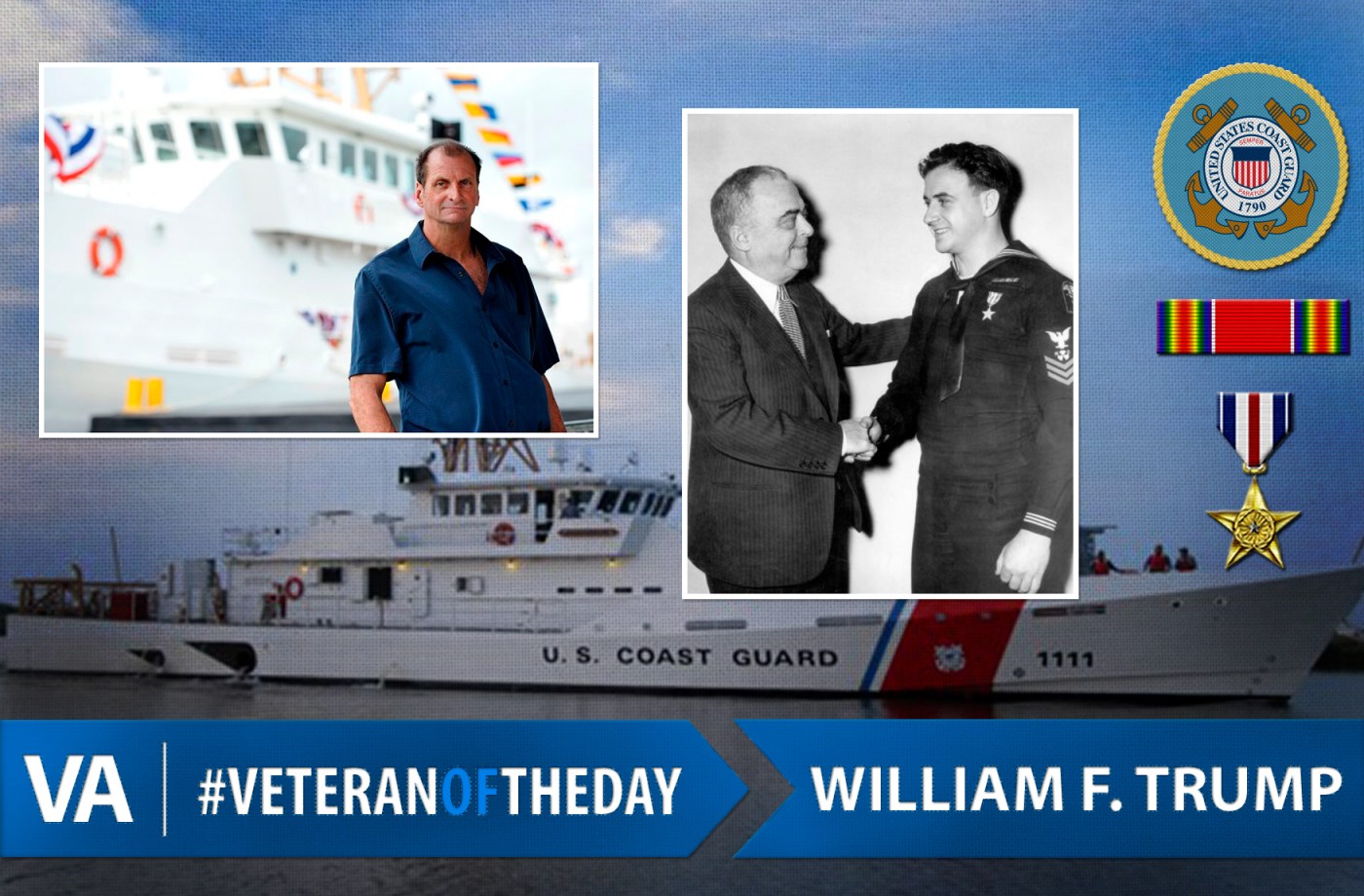 Chief Petty Officer William Trump served as a motor machinist’s mate during World War II. He was awarded the Silver Star for his actions during the D-Day Invasion of Normandy.

William grew up Bloomsburg, Pennsylvania. When he was 17, he lied about his age to enlist in the Coast Guard. After months of training, he was assigned to the LCI(L)-90, a small, 158- foot long landing craft, and participated in the occupation of Tunisia on June 1, 1943, the invasion of Sicily on July 9, 1943, and the landings at Salerno on September 9, 1943.

On June 6th, 1944, William was aboard the LCI(L)-90 that was entering the assault phase, preparing to land troops on Omaha beach.  However, the waters were under heavy enemy fire and the beach rigged with mines. The troops needed a line to follow, and the only way to do so was if someone anchored the LCI near the beach. William volunteered and dragged an anchor and anchor line to the beach. Despite the bullets flying by his head, one of which grazed his helmet, and the hidden mines that were next to his every step, he successfully anchored the line.

By sacrificing his own well-being and putting himself in immense danger, he was able to provide a safety line for his troops to follow. He was awarded the Silver Star “for gallantry and intrepidity in action.” A sentinel class cutter was named after him.

As a lover of the sea, he transported oil tankers for the Belcher Oil company after his service.