Home / Guest Posts, Honoring Vets / Red Cross volunteer relives what it was like in Vietnam as a Donut Dollie 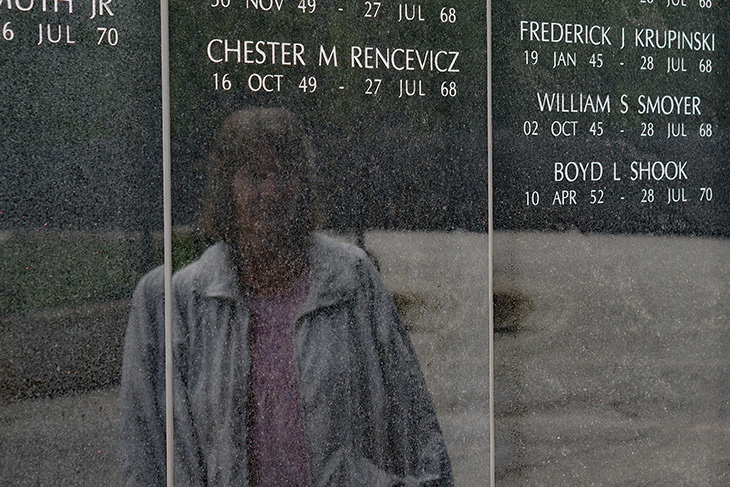 Joining the Red Cross recreation team would get Nancy Smoyer to Vietnam. At the time, only being a journalist would get women as far into Vietnam. So in 1967 that’s exactly what she did.

A term leftover from World War II, the Donut Dollies were morale boosters. And they used games to do it. Sent to combat zones to make sure American troops had activities to distract them from the war. Something to take their mind of the war.

Smoyer, a Princeton, New Jersey, native, had always had a desire to travel, and an interest in the war in Vietnam.

“When I graduated from college in 1965, I was traveling around the world,” said Smoyer. “Everywhere I went I heard things about our (the United States) involvement in Vietnam and I wanted to do what I could to help. So I looked into ways to go to Vietnam.”

For one year, Smoyer traveled around combat zones, working with other Red Cross recreation workers to boost the morale of enlisted men. The teams went to firebases and landing zones, making up games for the men to play. (Think of it as a cross between a TV program and Monopoly.)

The troops gave these games their all. A minute to be distracted from the suffering and horrors of war. One minute to laugh. To forget.

“It was our mission, our job, what we were sent to Vietnam to do,” said Smoyer. But they didn’t just play games. They listened. Listened to their stories, their fears, their hopes.

They talked. Talked about what was happening, how it was affecting them. Those moments meant more than any game ever could. They were making a difference.

Smoyer saw a lot of Vietnam. She was in Saigon, Da Nang, An Khê and Củ Chi. She also saw a lot of pain and heartbreak.

“The men we were entertaining were like our brothers,” said Smoyer. “The war was never far away.”

That heartbreak would continue when she got back from her time in Vietnam.

Smoyer’s brother, Bill, enlisted in the U.S. Marine Corps and was a Second Lieutenant. He arrived in Vietnam in June 1968, where he served with Kilo Company, 3rd Battalion, 7th Marines, 1st Marine Division. Three weeks later, he was killed in action near An Hoa. He was 22 years old.

Back home in Princeton, the Smoyer family grieved. Support was hard to come by.

“Understandably it was very difficult for my parents,” said Smoyer.

When the New Jersey Vietnam Veterans’ Memorial opened in 1995, Smoyer’s parents found solace. Bill’s name is engraved on the wall.

“The Memorial gave validation and understanding to those suffering,” she said. “The Memorial and Foundation focused on the family as well as the Veterans and the entire community around the war.”

Smoyer eventually moved to Alaska in 1972, where she worked for the University of Alaska Fairbanks. She is retired from working as a counselor at a Veteran’s center in Fairbanks.

Vietnam was never far from Nancy’s mind, so when the Vietnam Veterans Memorial was built in Washington, D.C. she began to volunteer there. She still volunteers to this day.

When Nancy comes back east, she spends time at the Wall in D.C., helping visitors make rubbings of names on the wall, telling the story of Vietnam, and most importantly allowing Veterans and families a chance to talk about their experiences and the stories of the men and women on the wall.

“It’s a place where I can feel comfortable with my Vietnam experiences,” said Nancy. “Where people and Veterans know they don’t have to explain things, because I was there. I get it. There’s such a bond there.”

Smoyer went back to Vietnam in 1993 with the Veterans Vietnam Restoration Project and found an unknown land from the one she knew. She now has two Vietnams— the one in her memory and the one that exists today.

Stephanie Eichmeyer is a former journalist turned writer and public relations specialist. Her background includes non-profit work in health care and fundraising, as well as event planning, media and community relations and internal and external communications.