A survivor’s story: Say it out loud – “Suicide.” 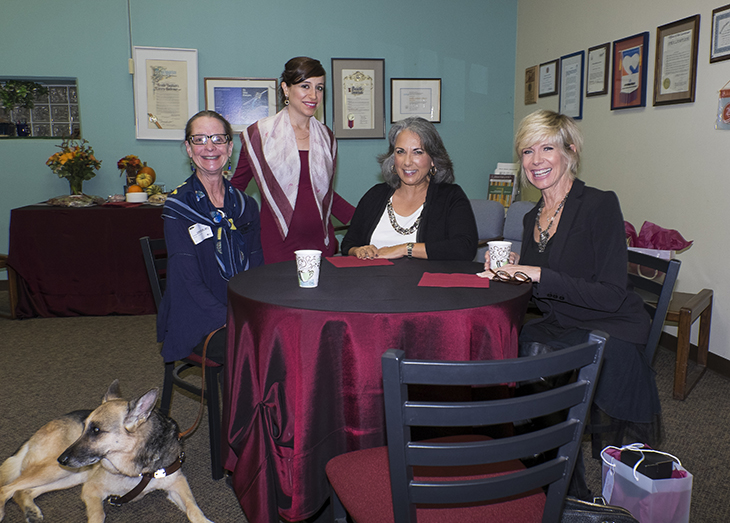 “S U I C I D E” There, your computer didn’t blow up. Your phone didn’t burst into flames.  If you want to empty a room in ten seconds flat start talking about suicide,

So, while I am honest and open about my own suicide attempt, I am keenly aware that this honesty might be difficult for you – depending on your personal experience. Please stay with me. Because life is a beautiful …  Please stay with me …

For almost four years I’ve been writing and giving speeches about mental health and suicide. Why do I do it?

I am blind by my own hand. By my mid-20s a whole bunch of things had gone wrong in my life. I was divorced, I had lost my job, I had moved back in with my parents. To my idealistic 26-year-old self, they all felt like monumental failures.

From where I stand now I can see them for what they were – tough breaks. But at the time all I could see, feel and experience was failure.

After three weeks in the hospital I returned to a changed world. What was I going to do next? How could I get on with life in a world I could no longer see?

Before I even left the hospital I met with a vocational rehabilitation counselor. I don’t remember much of what he said apart from the fact that two people would soon be entering my life. They would teach me how to live with blindness. Although it sounded good I was skeptical.

There wasn’t an app for \that

Technology has been a marvelous leveling agent for people who are blind. I have six gadgets in my house that talk to me: three laptops, one desktop computer, a tablet and a phone. I use technology for both recreation and work. None of that technology existed back then. I did not get my first talking computer until four years after I became blind. “Back in the day” when I was learning to live with blindness vision rehabilitation didn’t have any shortcuts. There were no apps. I couldn’t pick up my phone and say, “Call my husband at work.” The rehabilitation services I received were “by the book.” And that “book” was written by VA. Vision rehabilitation, as we know it today, was invented by the U.S. Department of Veterans Affairs, during and immediately after, World War II. It was borne out of the dire need to help the many Veterans who returned from that war with new blindness.

A year after becoming blind I chose to enroll in a master’s degree program at Western Michigan University. At the time the degree was in “blind rehabilitation,” now called blindness and low vision studies. I considered pursuing a degree in some mental health field but the time and expense seemed daunting. I could get the master’s degree in blind rehab in a year, and, having just gone through the process of learning to live with blindness myself, I figured I could do a pretty good job in the profession.

My parents dropped me off at Western Michigan University a year and four months after my suicide attempt. The next day I walked into my first class and met the man I’ve spent 31 years with. That was quick, right? I went to Western against the advice of almost everybody. “You haven’t been blind long enough.” Or, “You haven’t fully made the emotional adjustment.”

But I knew I was ready. My parents and teachers supported me.

There are many paths to learning to live with blindness. The path I took turned out to be the right one for me. For me, emotional adjustment to blindness was what happened while I was busy learning to live again.

Fast forward thirty or so years. I work for VA. My current position is with the Office of Information & Technology Employee Engagement Task Force. It’s a full-time detail that was just created in July. We approached senior leadership and asked if they would share something personal about themselves. This one features Dr. Paul Tibbits.

If you live long enough your life will be touched by suicide – either your own or that of someone you know.

Is that an outrageous claim? No, it’s based on four years of standing before audiences, telling my story and listening to people afterwards. Every time I’ve given a presentation – every single time – More than one person has told me they have either considered suicide or attempted suicide. And the next words out of their mouth are usually, “And I’ve never told anyone until now.”

My dream is a world in which suicide does not exist. Impossible perhaps but I’m going to dream it anyway. I know I, alone, can’t make that dream come true. All I can do is continue writing, standing before audiences, telling the truth.

Sue W. Martin has been with VA since 2002. She began her career as the subject matter expert for computer training at the Southeastern Blind Rehabilitation Center. Five years later she moved into the VHA Section 508 Office. She is currently detailed to the Office Of Information & Technology Employee Engagement Task Force