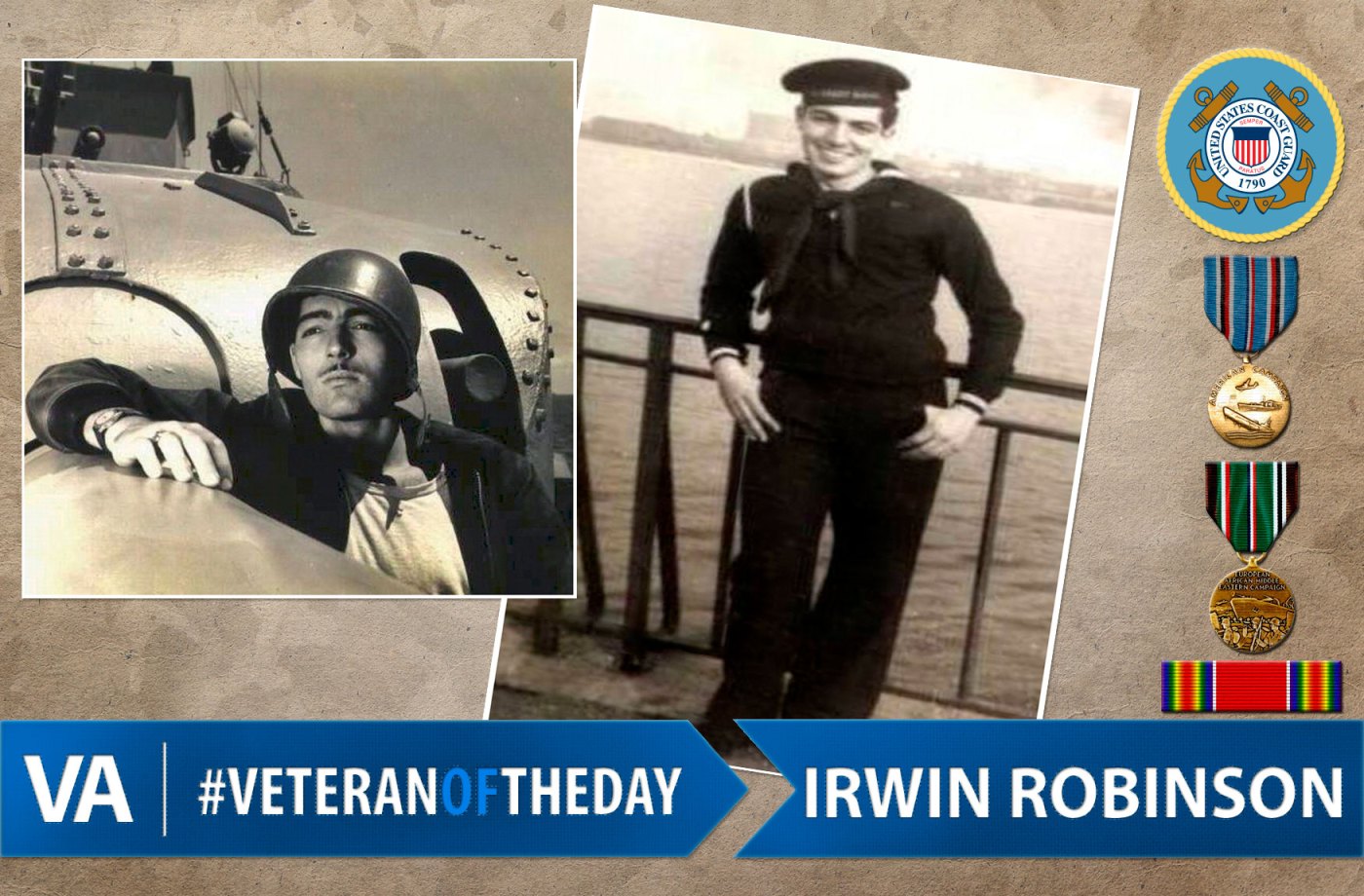 Irwin served with the USCGC Bibb (WPG 31) as the Pharmacist’s Mate.

When Irwin heard about the attack on Pearl Harbor while listening to the radio, he and and a group of his friends decided to enlist. Though he had a strong desire to join the Air Force, his mother would not allow it, and tried to enlist in the Navy instead. While waiting in a “ten mile long” line for the Navy, he talked to a recruiter from the Coast Guard, and decided to join them instead.

Irwin went to boot camp on Manhattan beach and later trained to become a Pharmacist’s mate, learning his skills through Columbia College of Pharmacy. He did many tours throughout the war, from North Africa to Italy. He used his knowledge and skills to help the only doctor in the 100 ship convoy, treating patients that ranged from a friend that needed an emergency appendectomy to a German prisoner that spoke Yiddish. During the final phase of war, Irwin and his crew had to battle off countless kamikaze attacks. The kamikazes operated through suicide aircraft attacks and boats as well, which were loaded with dynamite and aimed to crash into ships. They fought them off until the war ended in 1945.

After the war, he studied journalism at Long Island University at a campus in Brooklyn. He then worked as a salesman and worked his way up to a cooperate vice president for a marketing communications firm.

Thank you for your service, Irwin!