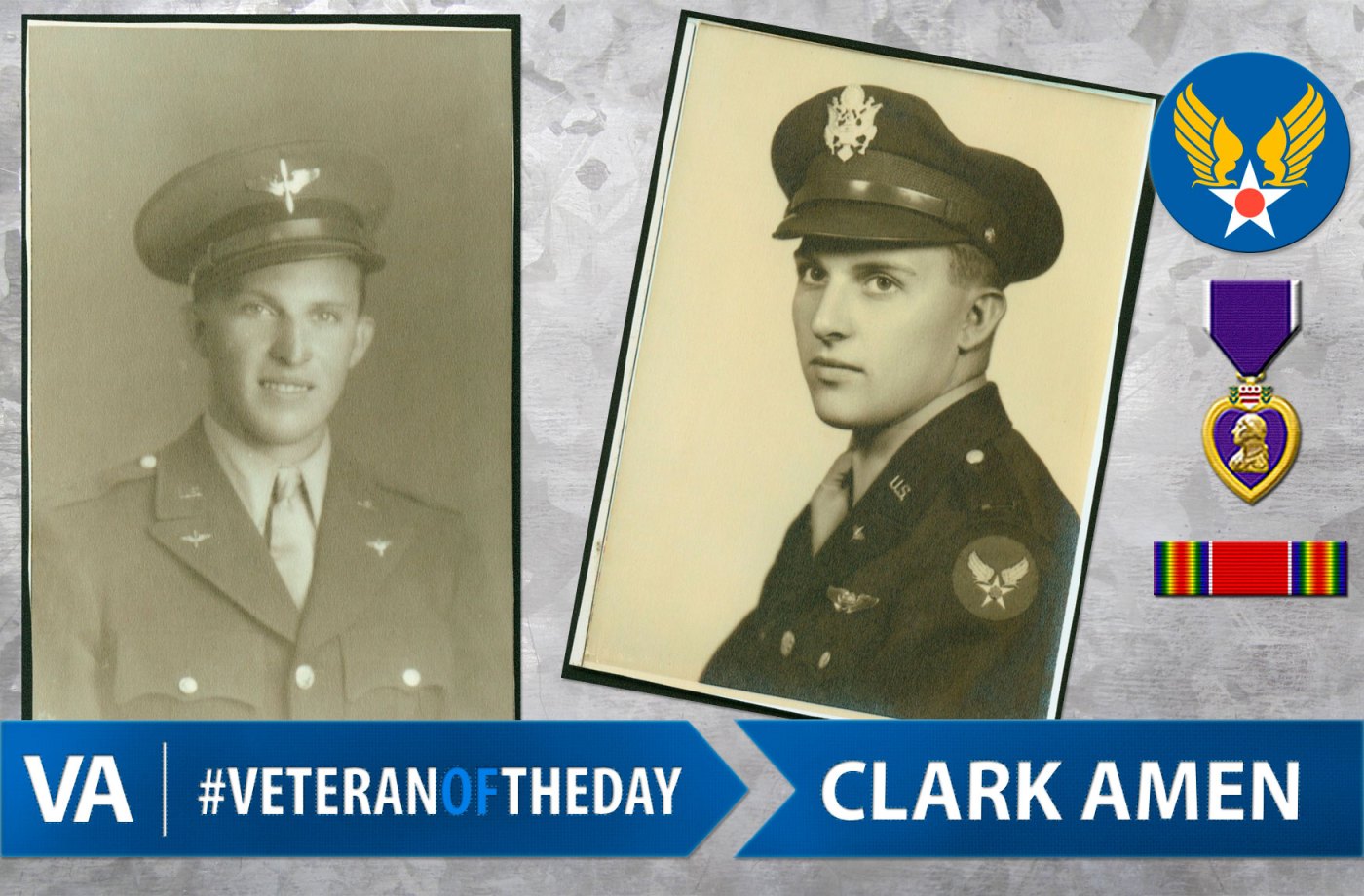 Clark was a Captain in the Air Corps during World War II, and served with the 367th Squadron, 306th Bomb Group, 8th Air Force. He was also a German prisoner of war.

Clark was 22 years old and working in Yakima when he heard about the attack on Pearl Harbor. His decided to immediately enlist in the Navy. However, he joined the Air Force when he passed the the exams and qualified for cadet school. Eager to fight for his country, Clark was worried that he had been forgotten when he had to wait for an assignment to cadet school during the summer of 1942.

That August, he was called for pre-flight training and his aptitude for math placed him in navigation school. By his fifth flight mission, Clark was one of the most experienced navigators in his squadron, leading 60 planes to raid Wilhamshaven. On the next mission, his squadron bombed the railroad terminal in Frankfurt and his plane was subsequently shot. The explosion from a direct hit in the engine sent flying metal everywhere, hitting him in the head and leg. A fire in the plane left the crew no choice but to bail out and jump.

Unfortunately, a problem with his parachute caused Clark to land in a different neighborhood, away from his crew, and was captured by a group of German soldiers. He was sent to a prisoner of war camp near Barth, Germany, where he spent the next 15 months, at times surviving off a “starvation diet” that consisted of one bowl of soup a day, made from dehydrated vegetables. Clark was eventually freed with 10,000 other prisoners. He arrived back in Walla Walla, Washington, on his wife Marge’s birthday.