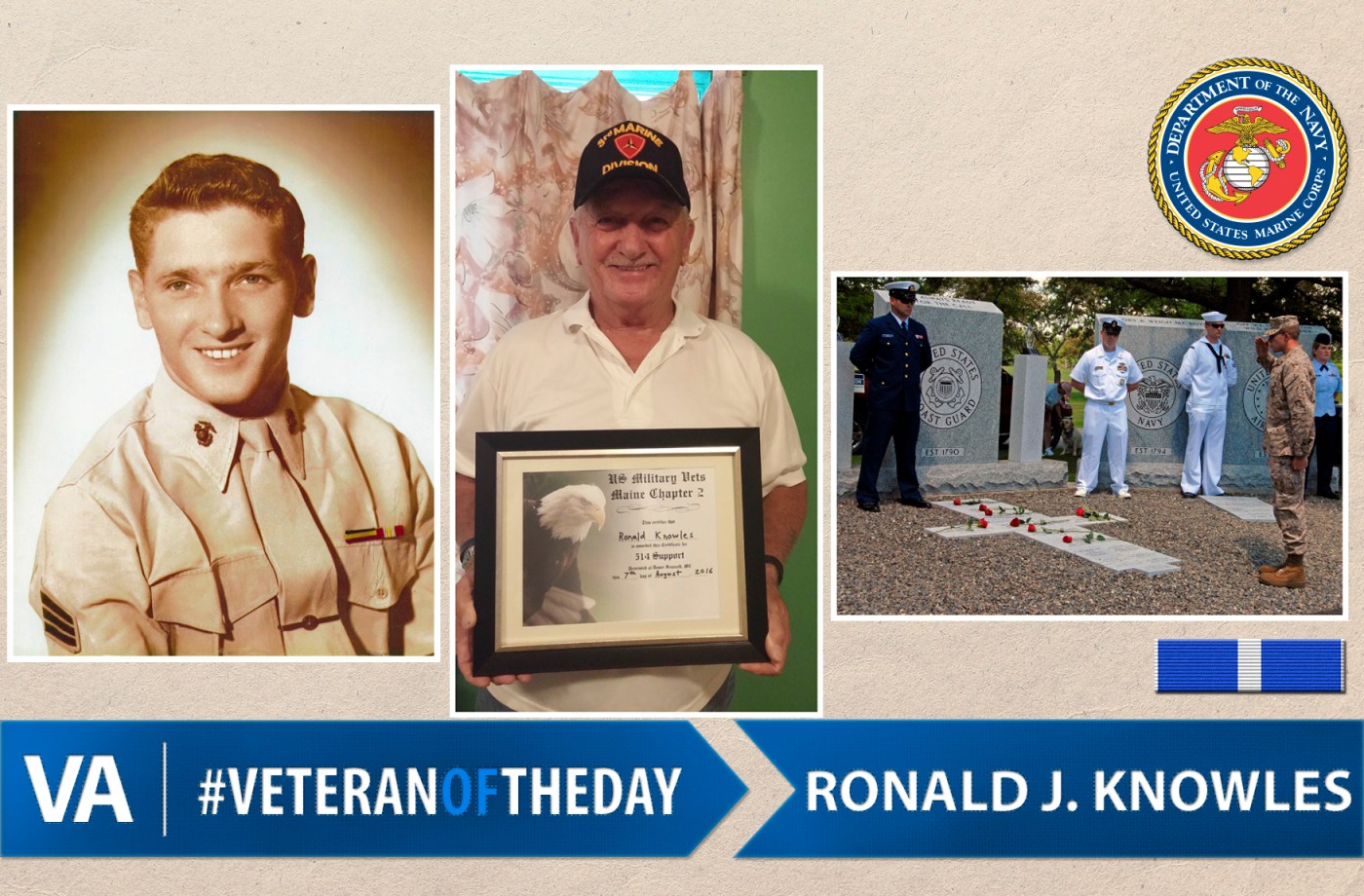 Ronald “Ron” joined the Marine Corps at the age of 17. He served between the years of 1953-1955 in Parris Island, Camp Lejeune and Camp Pendleton. From 1955-1956, he served with the Charlie Co, 3rd Eng. Bn., 3rd Marine Div., building bridges, airports and other structures in Okinawa, Japan.

After Ron left the service he worked as a welder, insurance representative and — his most favorite job — he worked on the Bangor and Aroostook Railroad as fireman, carman and welder, and on the Canadian Pacific Rail Road as a trainman and conductor for over 27 years before retiring.

Ron is currently retired and living in Milo, Maine, during the summer months and Florida in the winter months.

In 2007, Ron started the Milo Veteran’s Memorial Fund and with a group of volunteers, was able to raise enough money to break ground on a memorial in Milo in July 2010. In 2012 the major part of the project was complete and a dedication took place on June 30, 2012. The memorial grew to exceed Ron’s original goal of 300 pavers.

Thank you for your service, Ron!