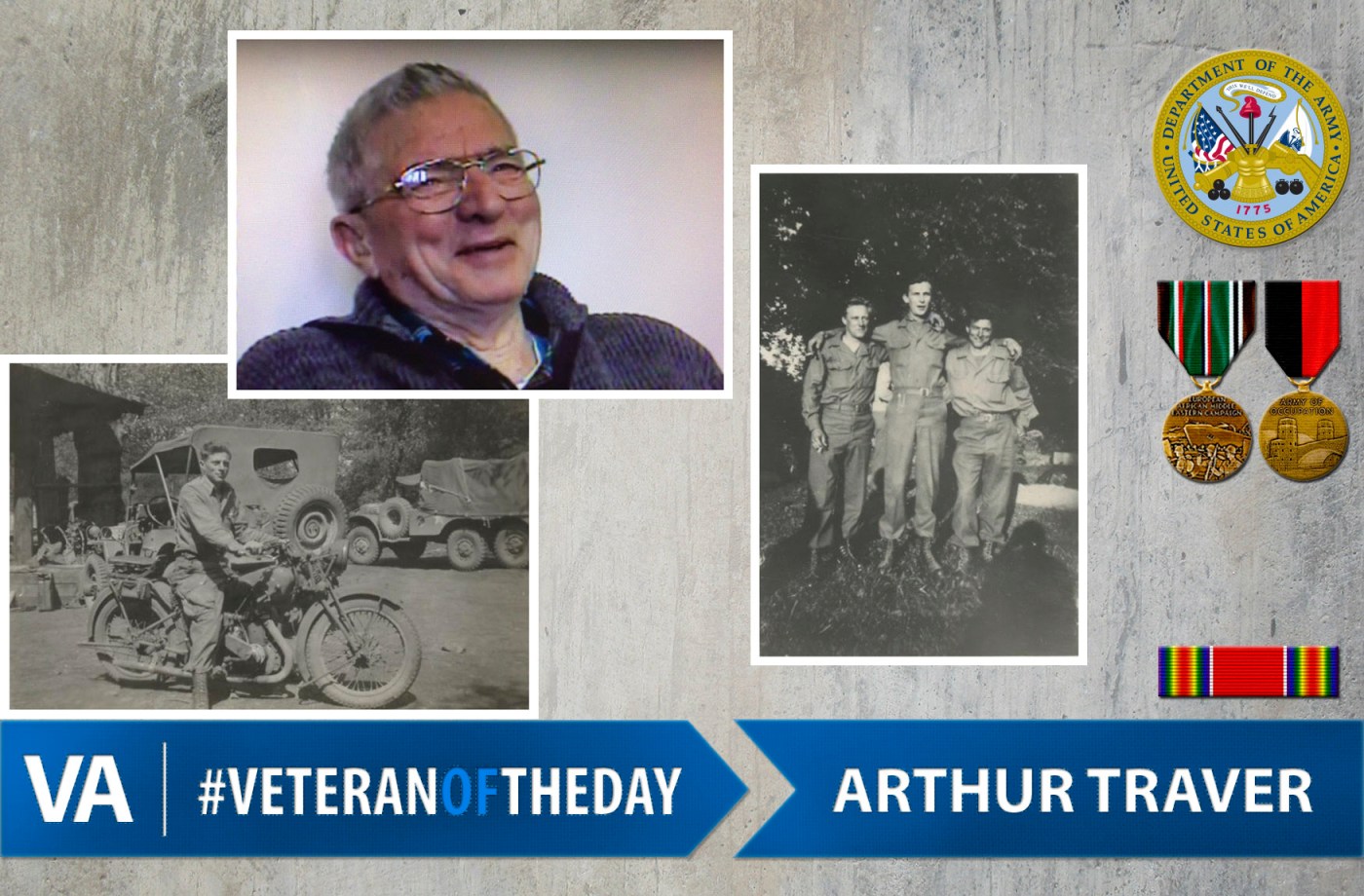 Arthur joined the Army at age 24, on October 5, 1942. He served with the Army’s 82nd Airborne Division during World War II. He was assigned to the 320th Glider Field Artillery Battalion as a light truck driver.

Arthur was trained with the 82nd in North Africa prior to the invasions of Sicily and Italy. His first combat experience was near the Volturno River in Italy. Arthur’s first airborne experience was during his first flight into France, on D-Day, June 6, 1944.

On that day, Arthur and his vehicle were loaded into a British glider made of canvas and plywood. Travis was also in the Battle of the Bulge, and later, the final sweep through Germany leading to occupation duty in Berlin after the German surrender.

Arthur operated a service station and grocery store with his wife for many years after he separated from the Army. He also worked as a bus driver for 25 years and was a longtime member of Quaker Springs United Methodist Church. Arthur was also a member of American Legion and VFW.

Arthur died on January 13, 2013 and was laid to rest at Gerald B.H. Solomon Saratoga National Cemetery.