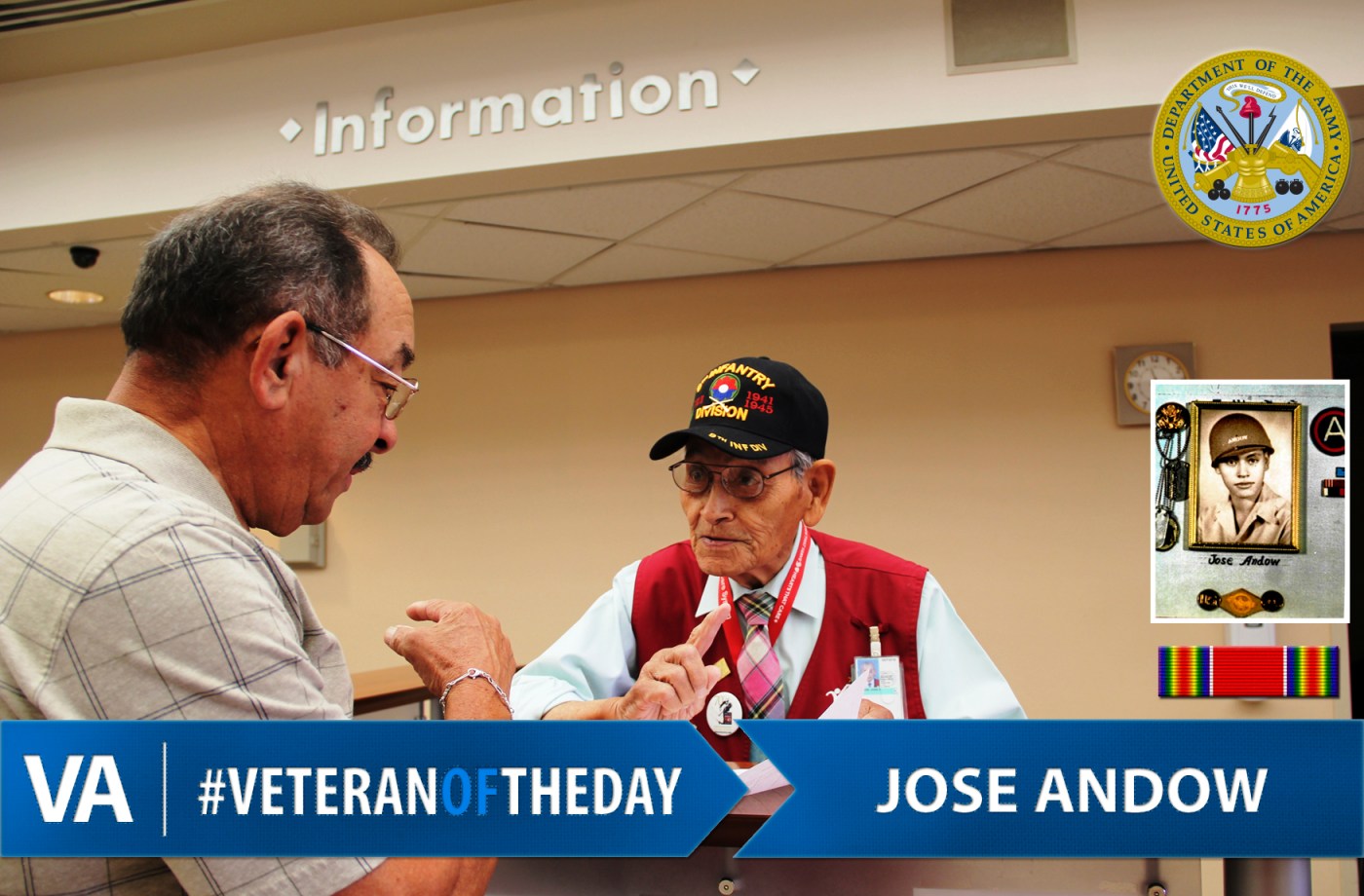 Jose Andow turned 95 years old on Aug. 2, 2016. Twice a week, Jose faithfully staffs the Information desk giving directions to Veterans and visitors of the El Paso VA Health Care System. The only exception is when he travels to visit family, which includes four children, six grandchildren, and nine great-grandchildren.

Jose was called to active duty from the Army Reserve in January 1945. His tour lasted “the duration of World War II plus six months.” After completing basic training at Camp Wolters near Mineral Wells, TX, Jose trained as an infantryman at Camp Maxey just north of Paris, TX.

Jose spent one year in Bavaria with the Railroad 4284 Replacement Company before returning stateside due to illness. After being honorably discharged, he returned to work as a photographer. During his 55-year career behind the camera, Jose photographed local and state office holders and national candidates when their campaigns brought them to El Paso. His thousands of negatives belong to the University of Texas at El Paso Special Collection Library.

Among the awards he received, his favorite was being recognized for his volunteer efforts as the 2015 Disabled American Veterans Sweetheart of the Year. Jose was presented with an official coin, which his son-in-law set as a pendant for him to wear.

Jose had three brothers who also fought in WWII. Paul served with the Navy, Angel with the Marines, and Enrique, like Jose, was in the Army.

Thank you for your service, Jose!